This is Part 2 of a two-part story. Check out Part 1 here!

A U.S. road trip is, at some point in time, on everyone’s travel bucket list. Few are ever fortunate enough to hit the road. My best friend and I had the first two weeks of June 2018 and a car at our disposal to do it. And knew we wouldn’t get another chance like this again anytime soon. The idea of going west was powerful, so that was the decided objective. Knowing full well that in such a short time we wouldn’t make it across the country and back to our home state of Maryland (at least if we wanted to see anything along the way) we decided that the Rocky Mountains were a good mid-point. Thus we set out to drive almost 5,000 miles of the United States in 14 days. Ambitious? 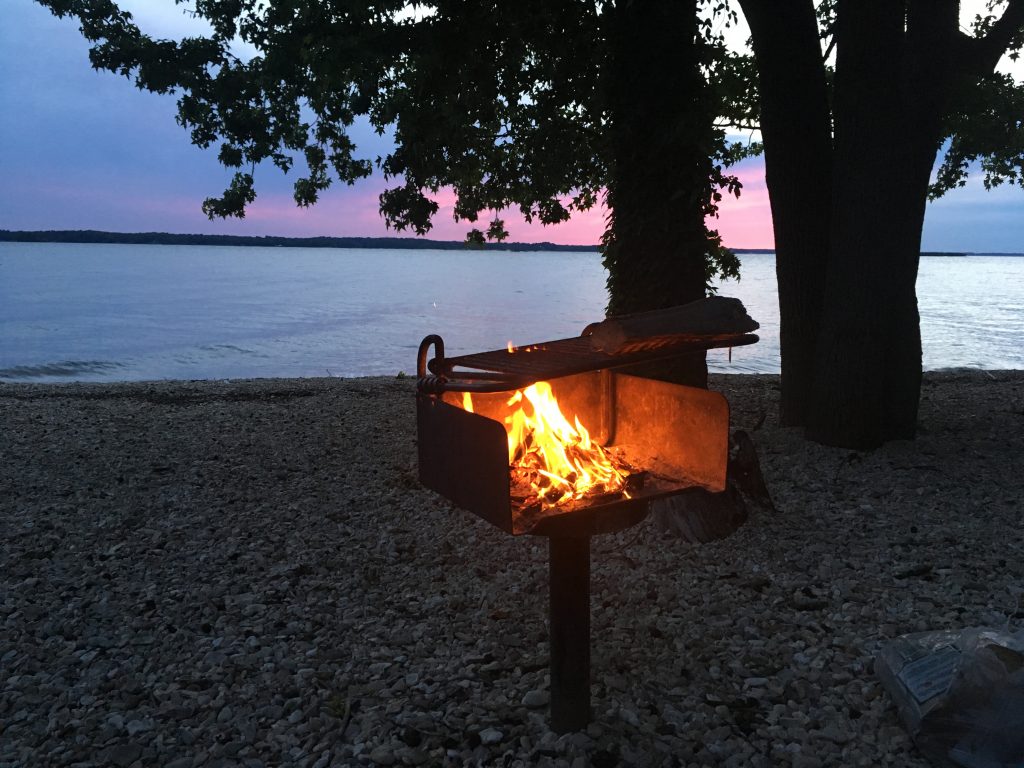 Now, the plan was never to spend a night in Chadron, NE. The plan was to camp at Wind Cave National Park, in South Dakota. But that crack in the windshield thought otherwise, and it was getting bigger. Thankfully, we were able to get an appointment in Boulder that afternoon. While waiting for our brand new glass, we got to wander around Boulder, another outdoors-oriented city, and one not on the original itinerary. After the glasswork, we headed into northwestern Nebraska, via a sliver of Wyoming and Cheyenne, its state capital. We didn’t end up losing too much time because of the windshield. And considering this was the worst hick-up of the trip, we were pretty lucky. We arrived a few hours later at Scotts Bluff National Monument, near Scotts Bluff, NE, famous for its rock “bluffs” and historically as a milestone for settlers pushing west. Then we managed to see the sunset at jutting Chimney Rock, a national historical site nearby. We did, however, make it to our hastily booked motel in Chadron quite late. 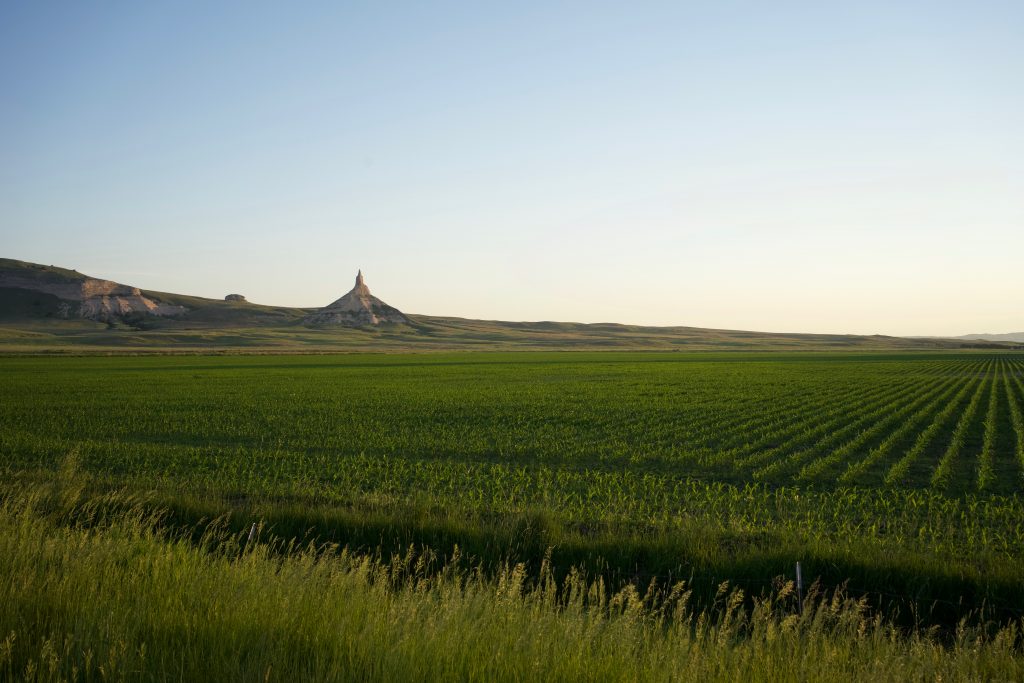 Early this morning, we drove up to Wind Cave National Park, established in 1903, in southeastern South Dakota. The cave after which the park is named is the main draw. We managed to get on a great tour that morning, taking us through tiny passages and around daunting formations. But Wind Cave NP has so much more to offer, and that in a relatively small area. We saw loads of bison (think one hour in a bison-jam), hiked up to the highest point in the park for sweeping views of the Black Hills, and drove along a gravel road in the remote easter part of the park. 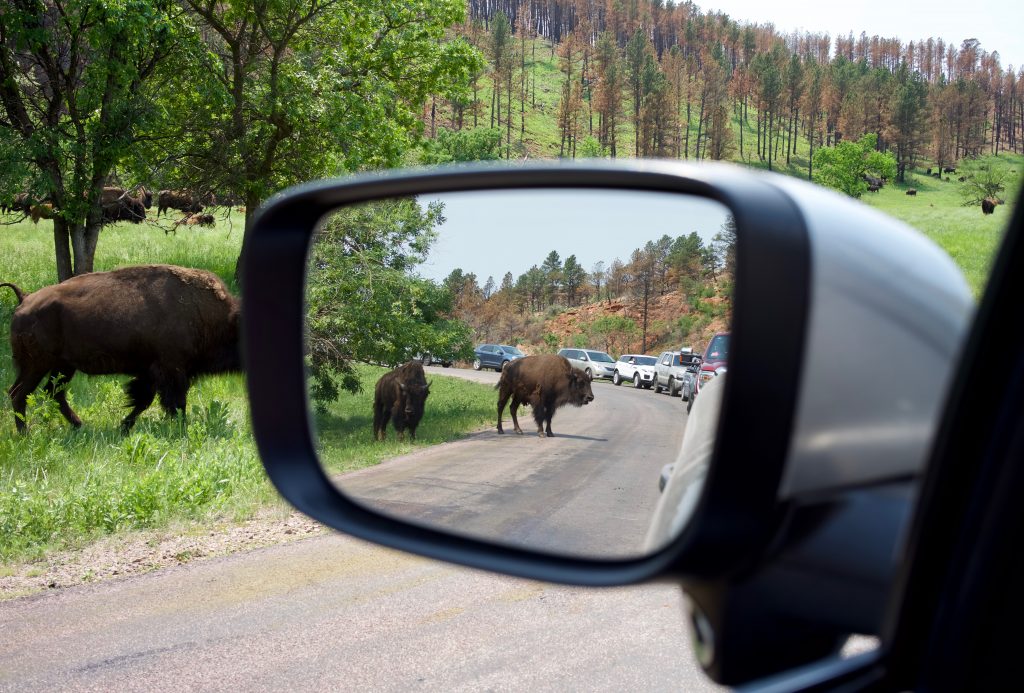 After clearing the bison chilling in the middle of the road, we serendipitously went for a horse ride in Custer State Park, diffused, uplifting sunlight through and through. Making our way along the little winding roads of the Black Hills National Forest was the plan. And that we did, via Cathedral Spires, Lake Sylvan, and a few one lane tunnels. We even saw the unfinished Crazy Horse memorial from a distance. Of course, a tour of the Black Hills isn’t complete without a presidential stopover. An evening at Mount Rushmore National Memorial was a sight to behold. Learning about its history, and about the lives of the four presidents to which it pays tribute, was a great way to cap off another long but incredible day. We ended with South Dakota steak in Deadwood, one of those saloon towns of the wild west. 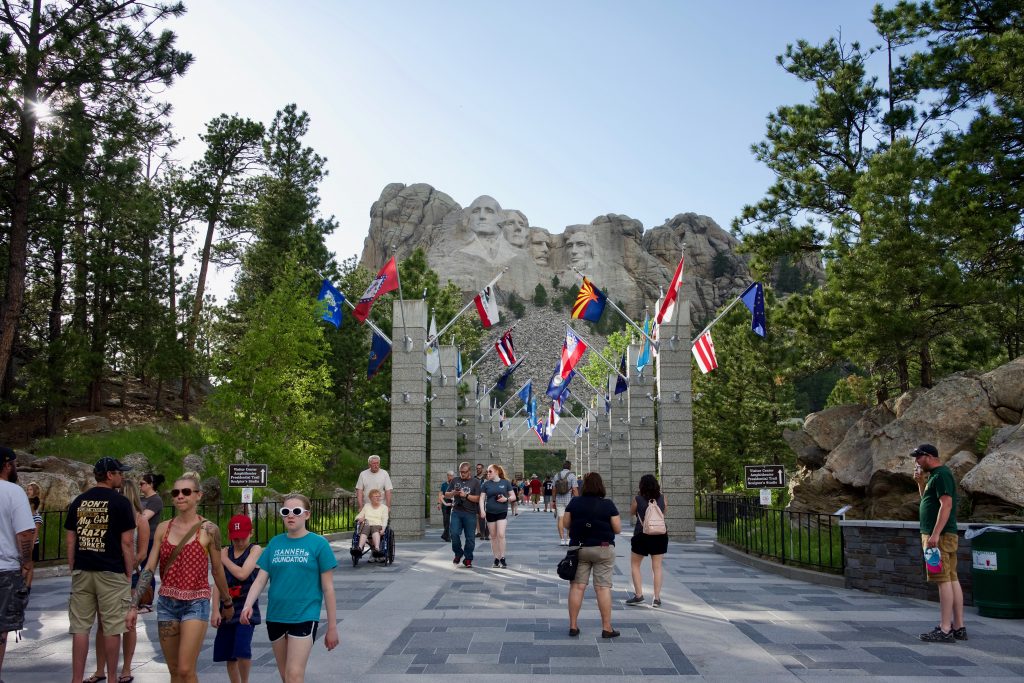 This promised to be another crazy nature-filled day. We promptly drove to the western end, via Scenic, SD, of world-famous Badlands National Park. We had never seen anything like the  primeval landscapes awaiting us here. South Dakota Route 240, which winds its way through the park, recently topped a National Geographic list of must-drive roads of any U.S. road trip. Agreed. 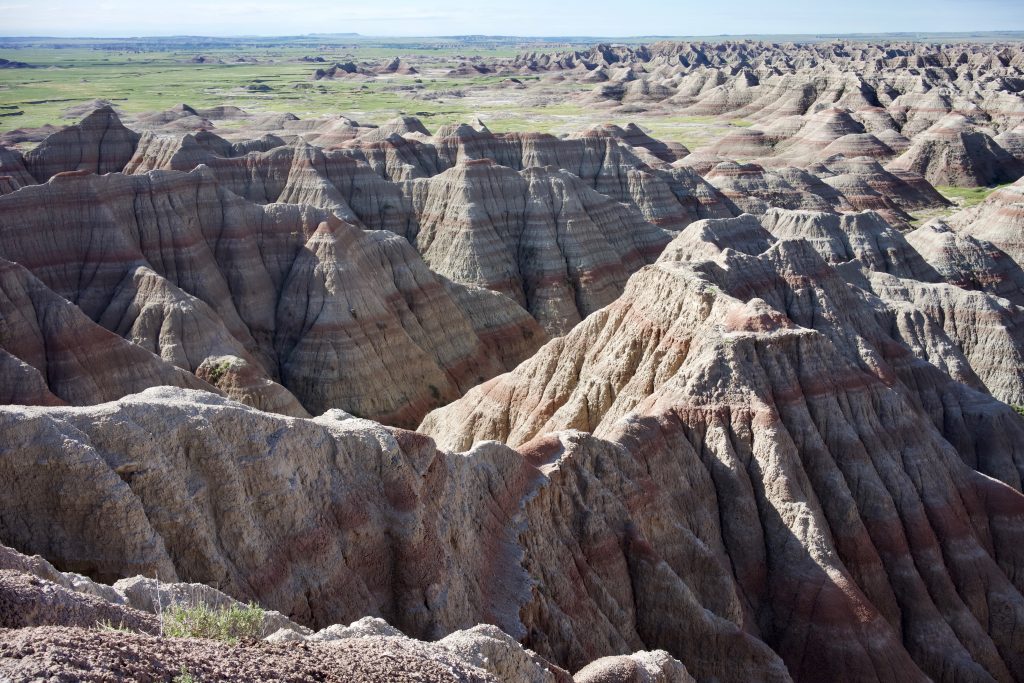 The Badlands have great views. And even better hiking. A ranger at the Ben Reifel Visitor Center informed us that it was an open-hike park, and recommended a seldom explored piece of prairie. Safe to say we climbed all over up and down the behemoth rock formations, which felt so good after all the driving. Upholding national park tradition, we ate at the lodge, and before hibernating in our sleeping bags for the night, attended one of those feel-good, engaging evening ranger programs, which truly make you forget about daily problems, remind us of the richness and infinite beauty of nature, and just warm the heart. 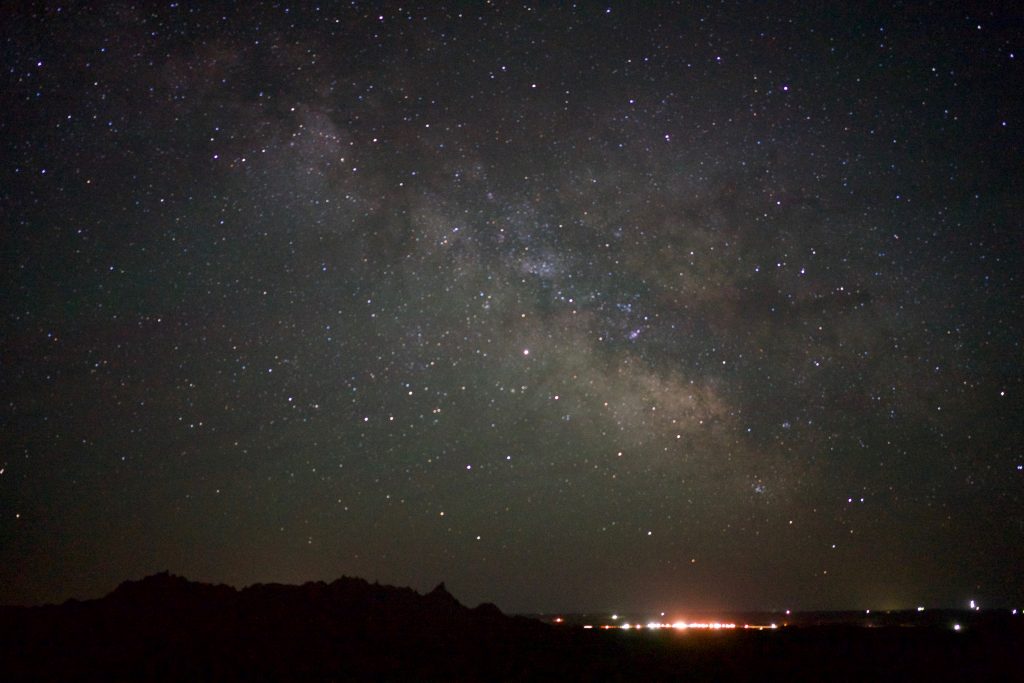 A driving day. A day of driving; for driving. Basically, no stops, except late lunch at Sioux Falls, SD (I’ll take a big waterfall any day). Anyway, we had to make some headway sometime, after a couple days of less driving. It all went smoothly, and we were on the other side of Nebraska, in downtown Omaha, that evening. Here we explored the funky yet refined Old Market Area and ate some Indian food. We needed a break from burgers and home fries; the American experience could only go so far. 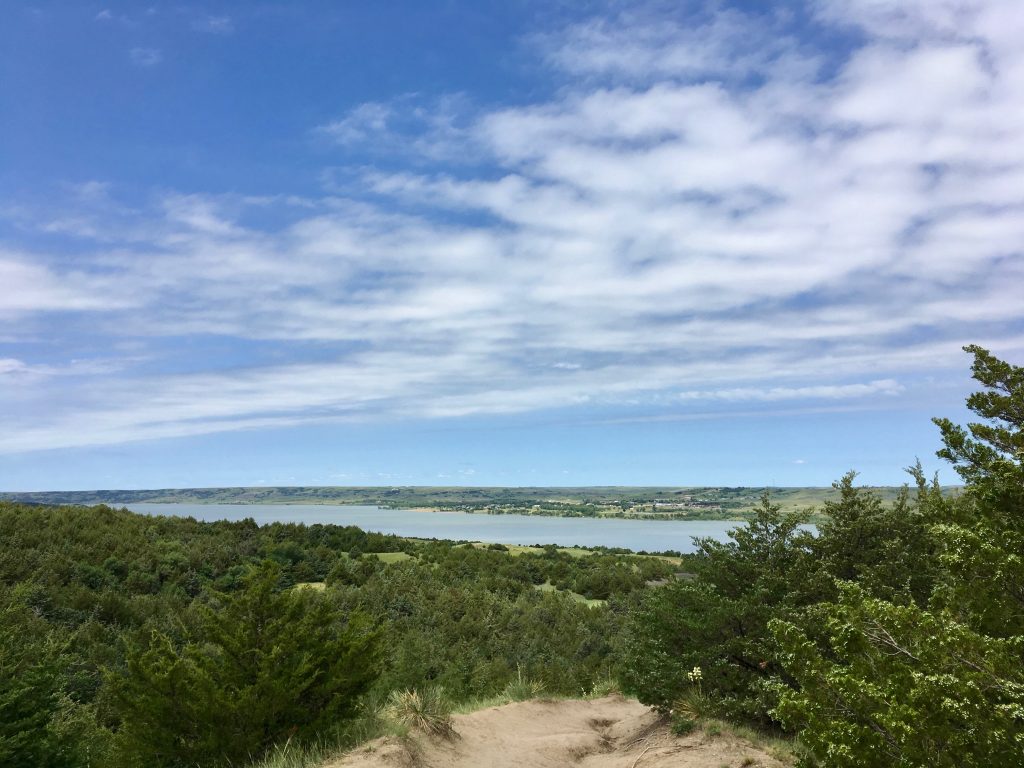 Another long day of driving, this time with roadwork and big city traffic. It had to hit us sometime. We stopped for breakfast in Des Moines, Iowa, and then somehow stayed on schedule despite traffic (and did I mention roadwork?), making it to Chicago with several hours of daylight ahead of us. We explored on foot, walking along Lake Michigan from the north to Navy Pier, then to Grant Park, then turning city-side in search for some deep dish pizza. And oh did we find it. Not feeling so great after splitting a buffalo-chicken size small, we returned to our centrally located hotel. 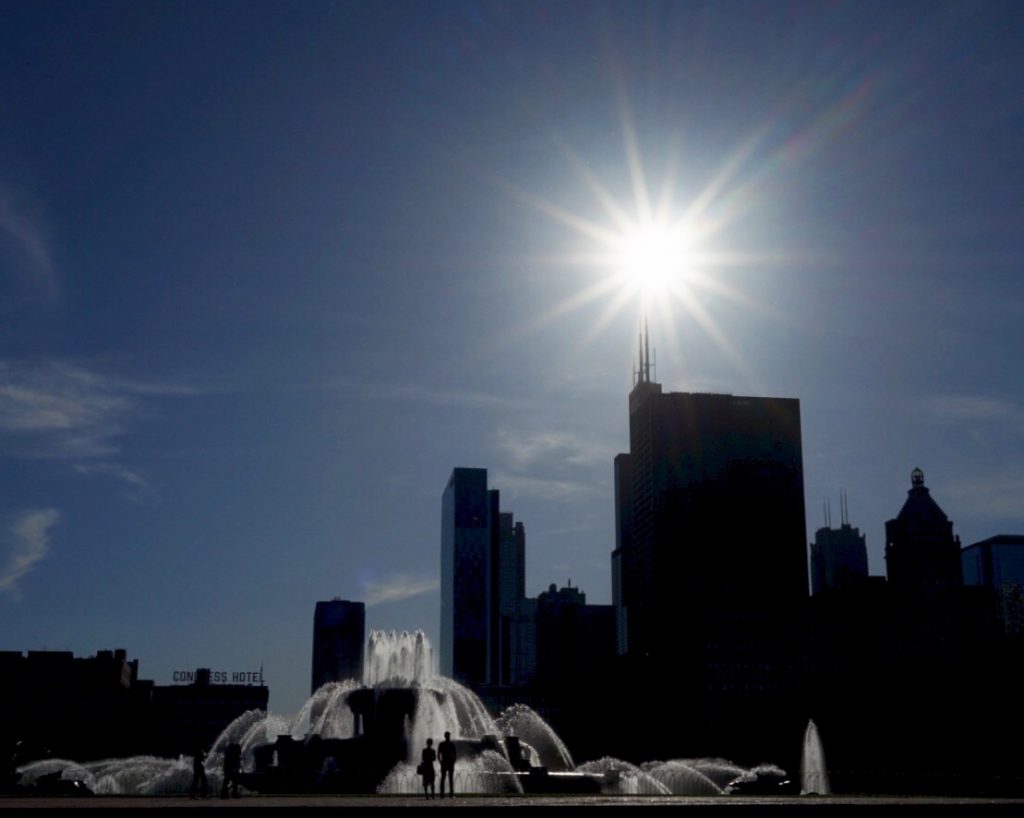 While we knew most of the nature stops were behind us, we were still looking forward to our next stops, even as tiredness started showing its signs after some intense days. Chicago morning traffic, however, was not kind. But we made it into northern Indiana in orderly fashion and headed for Indiana Dunes National Lakeshore, right on Lake Michigan. Starting with a hike through a mosquito-riddled bog (it’s cooler than it sounds, trust me), we then took in the shoreline and beach, and explored the big Mount Baldy dune. The Lakeshore was a pleasantly surprising and highly enjoyable piece of nature and solitude wedged into industrial northern Indiana. Dinnertime fast approaching, and always beating time with our stomachs, we figured Michigan wasn’t so far, and headed into the first town, New Buffalo, for dinner at a rooftop restaurant overlooking a marina (neither the Michigan nor the cool restaurant being on the original itinerary). We made it to our hotel between Cleveland and the top of Cuyahoga National Park late that evening. 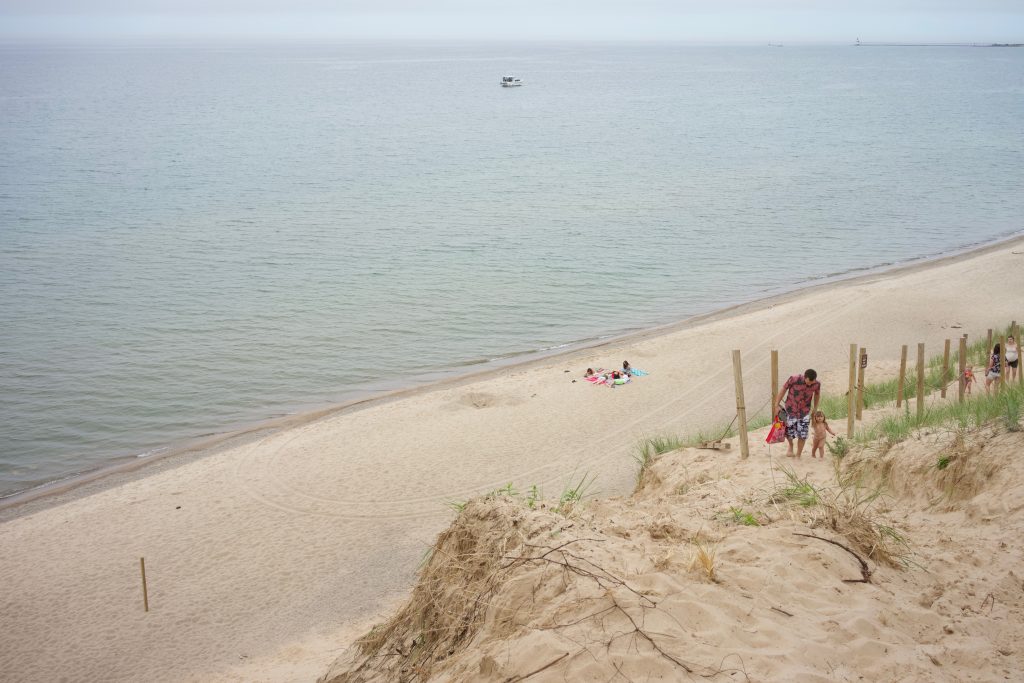 Wake up 5:00 am. Finishing strong. Worth it? Sunrise at Brandywine Falls, so yes. Driving  north-south through the Cuyahoga Valley, this awesome mix of peaceful nature and history, in the early morning was so much fun, and we instantly put our short night behind us. After the falls we headed to Beaver Marsh, along the canal towpath, and took in this neat little ecosystem. Bonus: we had it all to ourselves on this weekday morning. After that, a mile-long amble through the parks famous ledges. 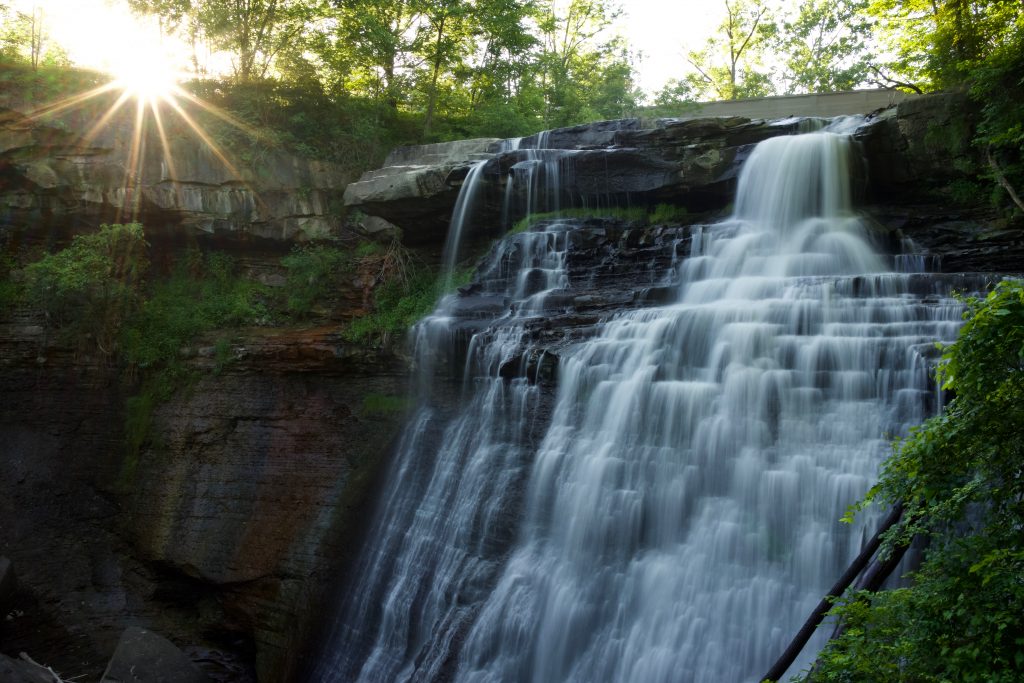 Then coffee in the small town of Canfield, OH, followed by tacos in Pittsburgh, PA (we were seriously getting tired of burgers and home fries by this point). All this was a little rushed, as we were under pressure to make the very last tour at Frank Lloyd Wright’s picturesque Fallingwater, in the woods of southwestern Pennsylvania. We made it just in the nick of time (20 minutes late, really, but they waited for us). Totally worth it. Our last stop of the day, and of our whirlwind, wild adventure, was historically charming Cumberland, Maryland, on the Chesapeake and Ohio Canal and once Maryland’s second city and rival of Baltimore. After another hour and a half on the road, we were back where it all started, 4,906 miles (7,895 kilometers) later. 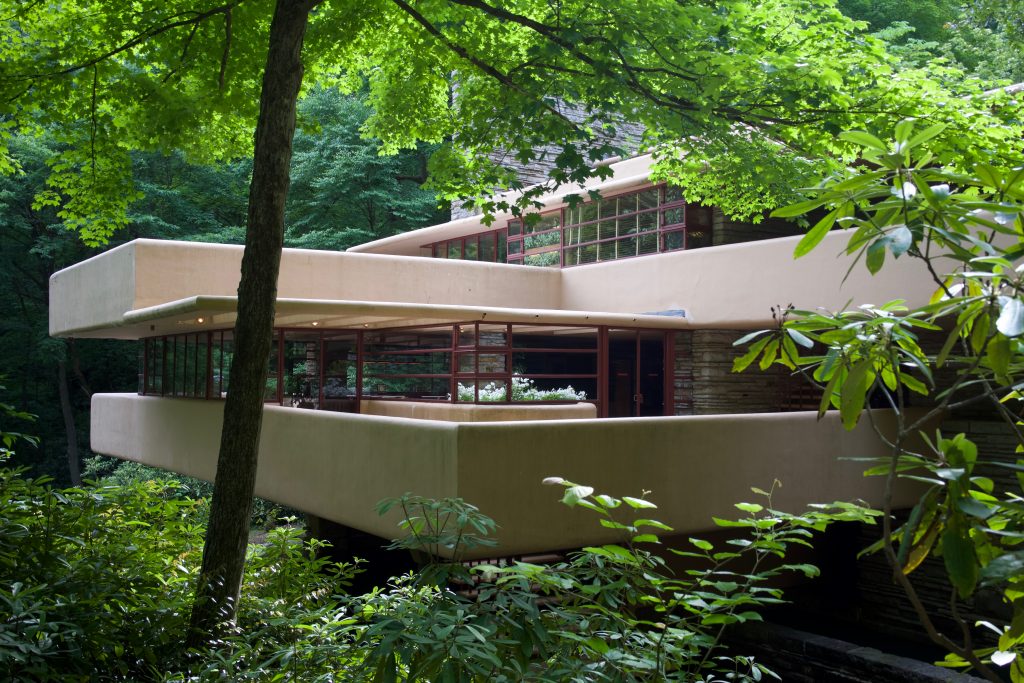