Visit Tokyo on a Tight Budget 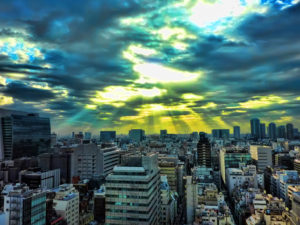 To a foreigner, Tokyo conjures up images of kimono, sky scrapers, Godzilla and crazy fashions. A city with a great vibe, it’s somewhere that any self respecting tourist should visit once. But let’s face it, Tokyo is expensive. It’s easier to spend more and more money than to find great bargains. But, if you know where to go and what to do, it doesn’t have to be prohibitive.

Before you even book your flight to Tokyo, be aware of a few things. First, Tokyo is a city with four distinct seasons. From December to early March, Tokyo can get very cold. Spring is lovely, with flowers everywhere, including the famous sakura in March. June is the rainy season which is humid and very rainy. It is incredibly hot and humid in August, think Singapore, so don’t go then if you can avoid it. Try to go to Tokyo from the middle of March to the middle of June and from September to November.

Tokyo is a huge metropolis. If you are interested in beautiful scenery, relaxed atmosphere and old temples, hop on the train to Kyoto or any number of small and picturesque towns in rural Japan. Come to Tokyo for an exciting melting pot of cultures where seeing a lady in kimono next to a goth on the train is an everyday experience. 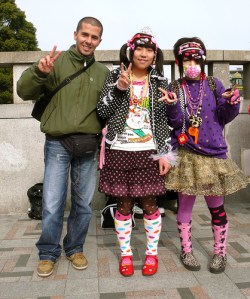 The first thing you should do is get used to eating a big lunch. Many restaurants have lunch sets on weekdays that are substantially cheaper than ordering a la carte. Usually between 500 and 1000 yen, around $5.40 and $11.00 U.S dollars, these lunches normally come with a main course, salad and sometimes dessert.

For dinner, check out the many fast food chains near stations that cater to the tight budgets of business men on the way home. Noodles and rice bowls or donburi are some of the more popular choices. The meals will typically cost around 400 yen.

Many of these establishments will make you buy a ticket for your meal before you order. Though it may unnerve you to see all the Japanese writing, try talking to the waiters, everyone is willing to practice their five words of English.

Convenience stores or combini are a great place to buy food. Unlike convenience stores in the US, the prepared food is quite good at these combini. There are all kinds of ready prepared meals including salads, onigiri which are rice balls with flavorings, bento which arelunch boxes typically consisting of rice and a piece of meat or fish and, of course the omnipresent cup noodle.Onigiri and salad typically cost around 120 yen and bento cost between 300 and 500 yen. In the summer time, try the cold noodles for a refreshing treat.

Many Tokyoites head to the few big parks in the city for a picnic on the weekends. Yoyogi Koen, right near Harajuku, is always packed with people eating, talking, walking their dogs and performing all kinds of things. Don’t be surprised to see 1950’s rockabilly dancing next to a trio playing the bongos.

Bring along some of your combini purchases and join in for a break from the concrete. To see some spectacular modern Japanese architecture, go right next door to the National Stadium designed by Kenzo Tange for the 1964 Olympics. The closest station to Yoyogi Koen, is Harajuku station on the JR Yamanote line.

For a more quiet picnic, try Shinjuku-Gyoen. Originally a wealthy family’s gardens, this park with its rolling lawn and big trees is reminiscent of an English Manor garden. Come here during March to see the sakura flowers blooming.Shinjuku-Gyoen has a fee of 200 yen and its closest station is Shinjuku-gyoenmae on the Marunochi line. 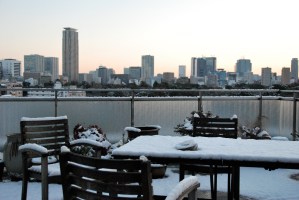 Learn to travel on foot. Though individual train rides aren’t expensive, from 160 yen, Tokyo is a city that is best seen by foot. There are no great sights to see in Tokyo, just neighborhoods to visit and take in. Try going to any number of stations to walk around for the day.

Asakusa should be one of the first stops for a first time visitor to Tokyo. It is in the shitamachi, theworking class district of Tokyo, and is famous for its Sensoji temple. Though the temple is not particularly impressive, the area surrounding the temple is filled with many traditional snack shops, clothing shops and restaurants. This area is also popular for Japanese tourists and has been for hundreds of years. Every year, on the third weekend of May, Sanjya-Matsuri is held in Sensoji temple. With a reputation of being one of the wildest festivals in Japan, if you’re in town, don’t miss it. The closest train station to Sensoji temple is Asakusa station on the Ginza line.

After seeing Sensoji temple, head over to Meiji Jingu, a shrine built in 1920 to honor the Meiji Emperor. Surrounded by 175-acre man made forest, you will be thankful for this oasis of green after tramping Tokyo. This serene shrine with its austere roofs is totally opposite to the excitement and commotion of Sensoji temple. Meiji Jingu is right next to Yoyogi Park and to the Harajuku shopping area. The closest train station to Meiji Jingu is Harajuku station on the JR Yamanote line.

Harajuku is one of the most popular shopping areas and you can find everything there from Nike to Louis Vouitton to teenage fashions to cosplay stores. Walk down Takeshita-dori to see some crazy teenage fashion then head to the main drag of Omote-sando to see some fabulously designed buildings for international brands. Keep walking to see the famous Prada building built by Herzog & de Meuron, the same architects as the Beijing 2008 Olympics Stadium.

To see some history, take the train to Otemachi station and take a walk inside the Imperial Palace Gardens. Part of the Imperial Palace complex, the section open to the public includes the ruin of the old castle that was destroyed by fire and a prime example of a Japanese garden. Also in the complex is a sizable park with many trees. Take a walk around the complex and look at the great moat. Entrance is free.

Tokyo is a city that can be explored and scavenged on a very tight budget. Just use some creativity and most importantly, enjoy!

Katherine Whatley is a student who has spent the past 13 years living in Tokyo, Japan. Fluent in Japanese, she enjoys spending her free time exploring the nooks and crannies of her favorite city.