Volunteering in Spain: Two Programs that Offer English-Speaking Volunteers Full Room and Board 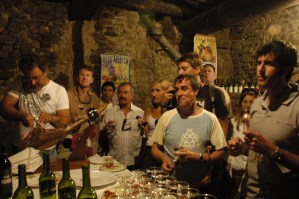 I’m almost as exhausted as they are, but somehow they keep going. This is supposed to be easy for me, right? English is my native language.

They sun is about to set in our small “English Village” but the Spaniards stay positive, excited, and focused despite the long day. We are far from the urban expanse of Madrid, four hours by bus in the sparsely populated region of Extremadura. We are a group of English speakers volunteering at Pueblo Ingles for a week.

Free Room and Board for Speaking English?

That’s right. At either Pueblo Ingles or Vaughan Town, (two different companies that run similar English immersion programs for Spaniards) volunteering as an Anglo-speaker gets you a free week in rural Spain. But it’s much more than that. It’s a great opportunity to meet and form close relationships with Spanish people in a surprisingly short period of time.

It’s also a great way to extend your travels, add something different to your usual holiday, or just save some money on your expensive European vacation. But most of all, it’s an opportunity to do something out of the ordinary in our modern age of fast-paced living and working and just sit down and have a conversation. Well…have lots of conversations, actually. 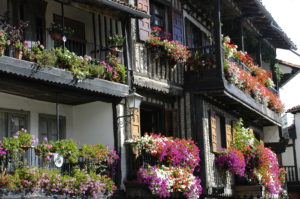 So here’s the concept: pair about 20 Spaniards with 20 native English speakers in a village in rural Spain. Live together, eat together, and speak together about 14 hours a day. It’s exhausting, yes, but universal agreement in the success among the much-improved English of the Spaniards and the satisfaction of happily enriched Anglos.

The core of the program is the one-to-one sessions. During these 50-minute blocks, pairs have the opportunity to stretch past simple and superficial chats. You can sit and drink coffee or go for slow walks. After only five full days, it’s remarkable how open and close everyone becomes, not only with the Spaniards, but even with the other English speakers which come from a diverse range of countries including the U.K., Ireland, Canada, the U.S., Australia, and New Zealand just to name a few.

Besides the one-to-ones, pairs sometimes join up to form groups of four to discuss issues or solve mock problems. In addition, an hour a day is devoted to various entertainments. There’s even a special program one of the nights. 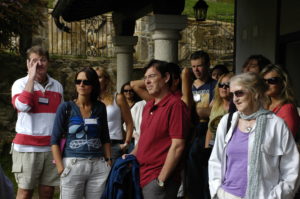 Basically, Anglo volunteers need to be native speakers and have enough life experiences to keep them talking for up to 14 hours per day. They must also pledge that not a word of Spanish will be spoken by them the entire week; a promise that is taken seriously. An English-only environment is crucial to the success of the program.

Volunteers are offered a nice, private room and three meals a day in a beautiful rural setting in the Spanish countryside. Volunteers are required to take care of their own travel expenses to and from Spain and for accommodation before and after the program. Pueblo Ingles runs a seven-day course and Vaughan Town a five-day.

Further information and applications can be found and filled out on-line at the VaughanTown or Pueblo Ingles websites. Programs run year round but most are available from June to September.

Stephen Bugno attended both Pueblo Ingles and Vaughn Town in the summer of 2008 and remained in Spain for another nine months teaching English. For more than a decade he has worked, volunteered, and traveled his way around the world. He blogs at BohemianTraveler.com