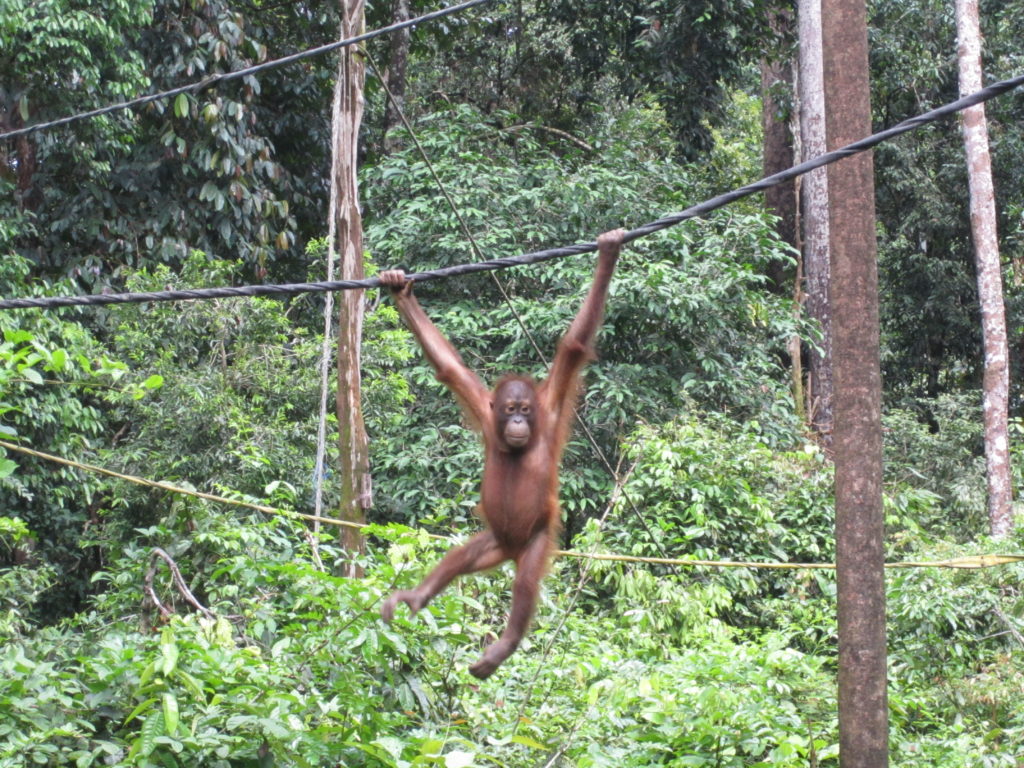 While traveling in Borneo I visited Sepilok Orangutan Rehabilitation Centre. Even though I saw an orangutan in the wild, I still wanted a chance to observe these amazing “men of the forest” from a closer distance.

You could get a sense from the mesmerized onlookers (the homo sapiens), that all were thinking the same thing—just how incredibly human-like orangutans are. It was most apparent when one of the orangutans yawned and then scratched himself.

If visiting, make sure you visit during a feeding time, either morning or afternoon. I went for the 10am feeding. One by one they showed up at the wooden platform around a tree about three meters off the ground to eat watermelon and bananas.

The Sepilok Rehabilitation Centre was founded in 1964 to rehabilitate orphan orangutans as well as other animals before returning them to the forest. The site is 43 sq km of protected land near Sandakan in the Malaysian state of Sabah located on the island of Borneo. 2 thoughts on “Photo of the Week: Orangutans at Sepilok”