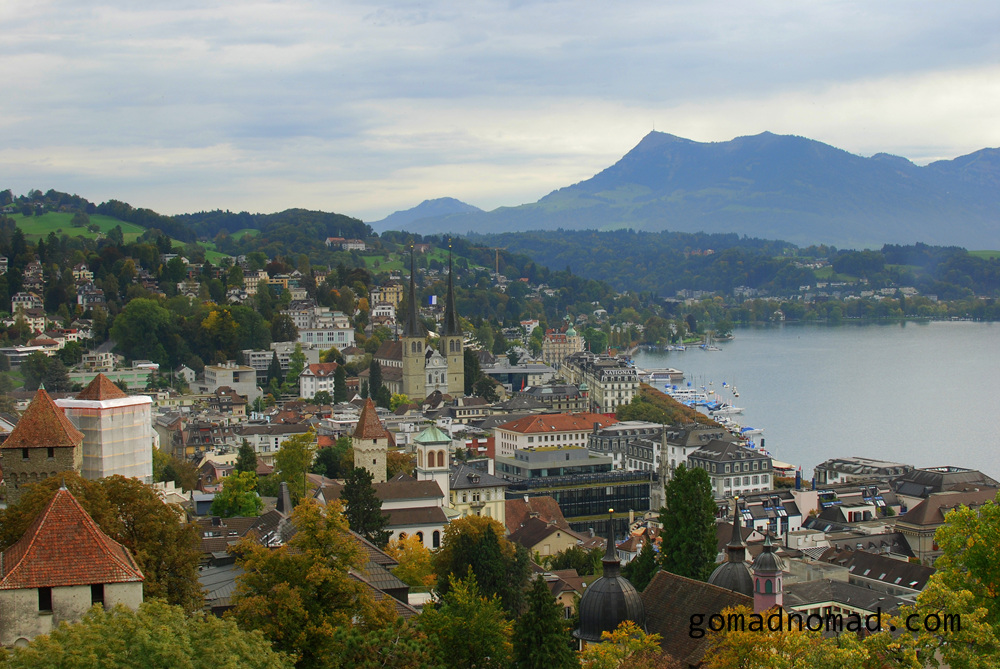 I wish Luzern wasn’t so popular with group tourists. It’s such a beautiful city and one should come away from Luzern with an appreciation of its picturesque old quarter, set on a placid lake under the shadow of craggy Mt. Pilatus; not of its stature among Chinese tourists.

John Russell summed it up best in 1950, long before the Asian tourists started coming. “There’s nothing really wrong with Luzern, except the people who go there.”

Despite its mega-popularity, the city still has a place for independent travels. For one, most of the tourist masses just come in for a day on their whirlwind Europe trip, take a boat ride on the lake, or a cog railroad journey up to the peak of Pilatus. Independent travelers can spend a night or two and get more of an appreciation of this old Swiss city.

It was easy for me. I had a friend living in Luzern. I stayed for a couple weeks and he showed me around. Tagging along on his seemingly mundane errands opened up the world of residential Luzern rather than just the tourist Luzern that everyone else sees. On the weekends he took me out to the city’s buzzing bars and some house parties.

The second time I visited, a few years later, he had moved to a new apartment in the old city. After climbing up to the third story to his apartment, we looked out to the small square and across to the painted buildings.

“This house was built in 1454.” He told me smiling, almost as if he was pointing out the fact that this structure was older my country without saying it.

I was impressed. How could I not be? This history is the reason we travel to Europe. Luzern, Switzerland is a great example of the allure of Europe.

For some reason, hardly anyone visits the old city walls. They are easily accessible and provide an outstanding vantage point to view the city. That is where this photo was taken from. While the masses are heading to the lion shrine, you can do something more worthwhile.