A Walk through Ancient Rome 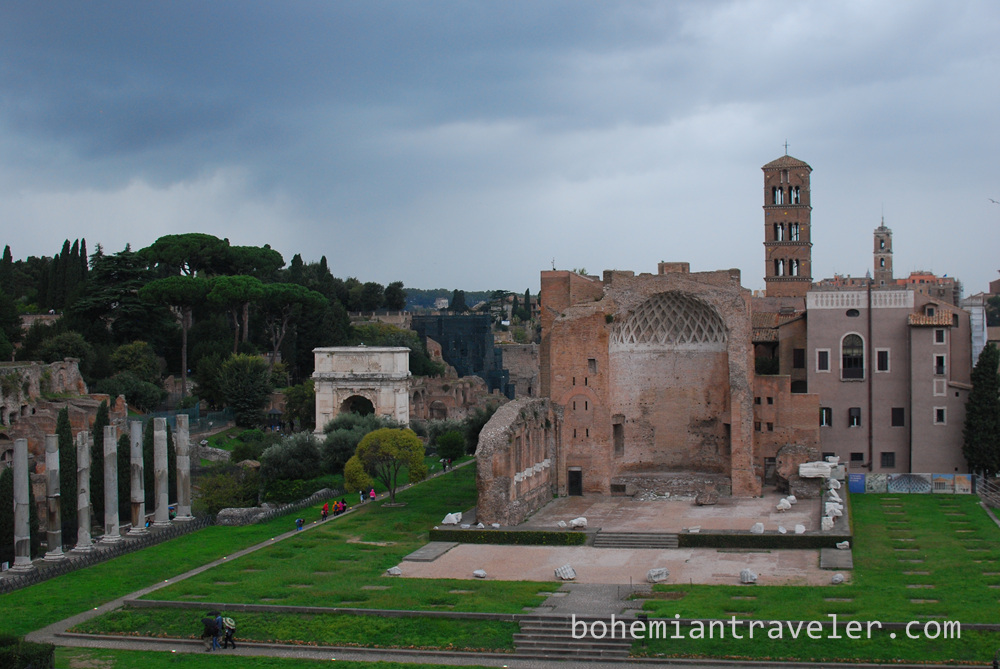 A trip to Rome is usually crammed with full days of sightseeing. I’m not a big travel-for-sights person, but my few days in Rome were packed with ticking off the main highlights. Don’t worry, I made time for a gelato and coffee here and there and a walk through the back streets.

Check out these great deals on hotels in Rome.

The chaos of Rome

Everyone seems to be talking of the chaos of Rome: the busy traffic, the hectic life. Truthfully, I did not see it. I believe the chaos actually lies below the surface, things that the average citizen cannot see: dealing with the city or federal government laws and restrictions. Or the fact that it’s so difficult to build in Rome or develop the underground metro system.  The city’s traffic is forced to bend around the corners of ancient Rome structures and every time digging begins to expand public transportation, it comes to a halt. Workers reach the foundation of some ancient constitution.

The chaos of Rome that I am more likely to experience is the panic thought of “Have I seen all the sites?”

The Colosseum has recently opened up both its hypogeum and its top tier. These are the bonus sections available on the VIP tour with Walks of Italy. The hypogeum is the area beneath the arena which acted as a staging area, with animal cages, and a dungeon of sorts.

The top tier is the highest level spectators could cheer on the activities below. This offers an unparalleled look out onto the one-of-a-kind and largest-ever-built in the Roman Empire elliptical amphitheater as well a view out to the Roman Forum and Palatine Hill in the opposite direction. 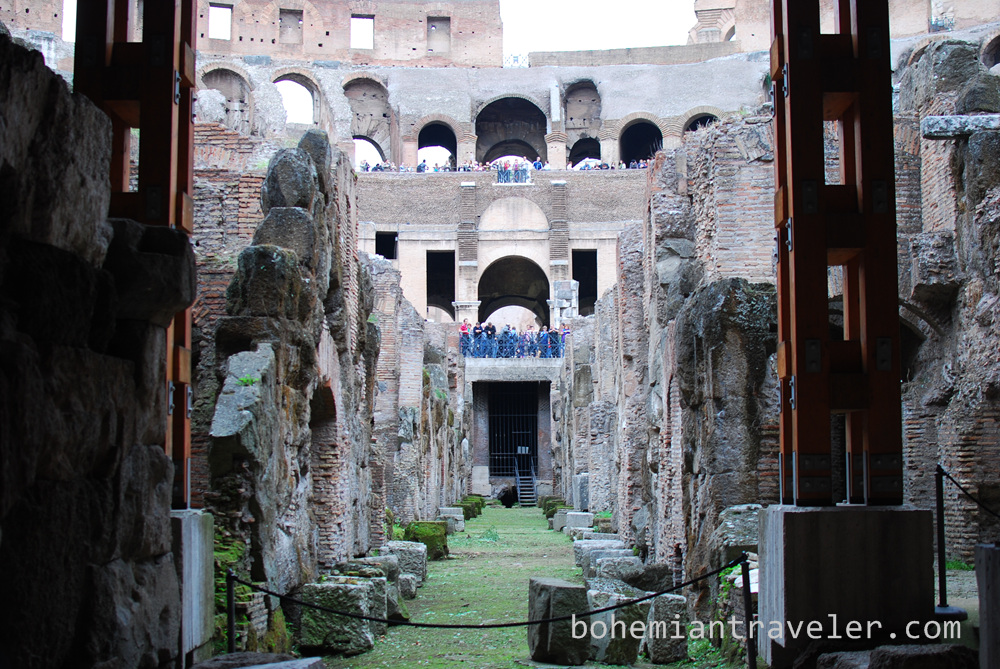 As one of the greatest works of Roman architecture and engineering, the Colosseum hardly needs an introduction. Construction started in 72 AD and the stadium was able to seat 50,000 spectators. By developing the use of concrete and the rounded arch, the Romans were able to build on this monumental scale. The venue was used for a variety of events: gladiatorial contests to the death as well as public spectacles such as mock sea battles, animal hunts, executions, re-enactments of famous battles, and dramas based on Classical mythology.

Today, the floor of the Colosseum is missing, exposing the underground passages. This is the area we were privy to on the VIP tour. Animals were kept down here and hosted up to the floor by means of elevator.

The Arch of Constantine

The Arch of Constantine is a triumphal arch of ancient Rome, situated between the Coliseum and the Palatine Hill. It was raised by the Roman Senate in commemoration of Constantine’s victory over Maxentius at the Battle of Milvian Bridge in 312. This battle was one of the great turning points in history—one which caused Christianity to become mainstream.

Situated on a hill above the forum, the Palatine Hill is where ancient Rome had its beginnings. Before the imperial palaces (now destroyed) were built, here was the legendary house of Romulus. There are good views of the city and of the forum from up here. 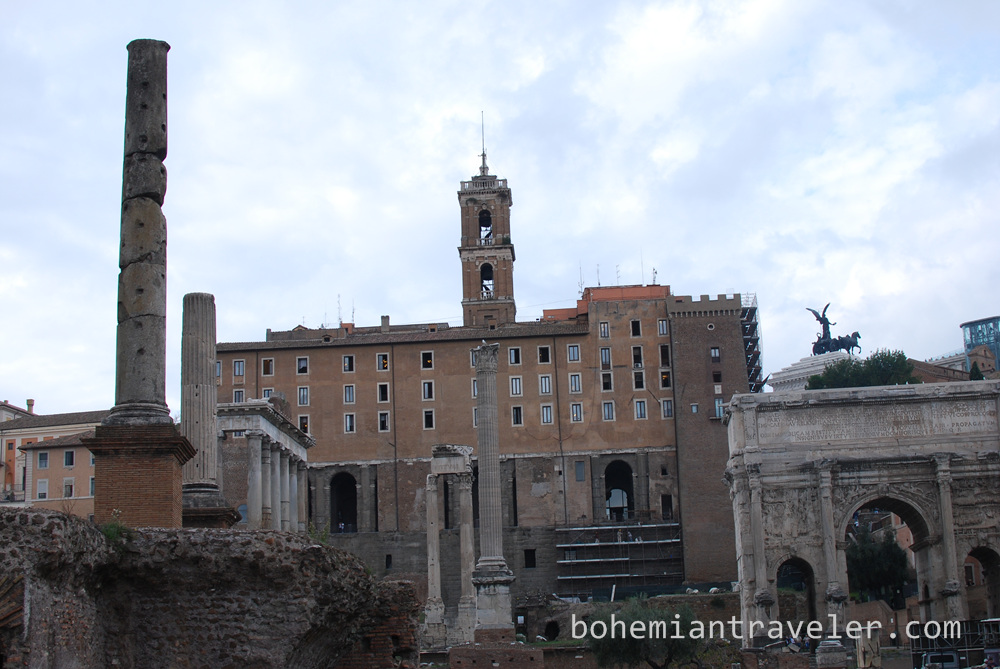 I’ll be honest. It’s hard for me to get overly excited about the Roman Forum. I know this was the birthplace and civic center of the Roman Republic, the heart of the world’s most powerful empire. But, there is just so little left after 2,000 years that it takes too much imagination to piece it all back. Nevertheless, it is one of the highlights of a tour of ancient Rome, and being the political, religious, and commercial center of ancient Rome, it cannot be taken lightly.

My VIP tour of the Colosseum and forum were provided by Walks of Italy. The contents of this article and opinions are entirely my own.