Why Napoli (Naples) is the Real Deal 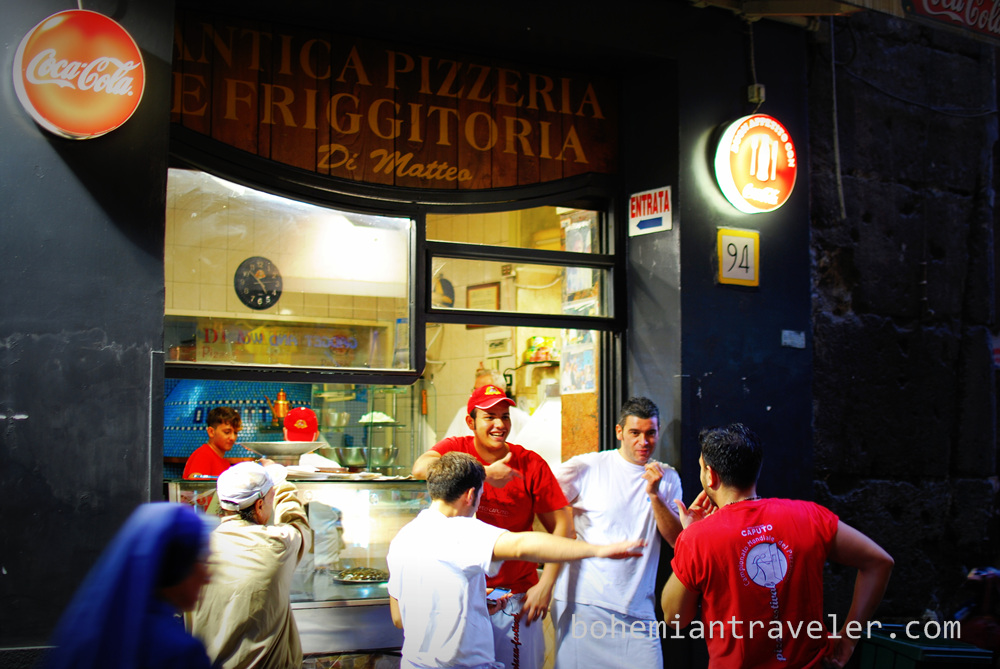 While other cities have transformed their historic downtowns into either a touristified Disney Land or one long stretch of expensive designer brand shopping, Napoli, or Naples, Italy has done neither.

True there are a few kitschy souvenir shops, but for the most part it’s as authentic a city as they come. Old Napoli is predominantly residential zone, and the shops that line the main streets cater to exactly that clientele. There are butcher shops, bakeries, small groceries, and lots of coffee bars. And there seem to be more churches than Sundays in a year.

Napoli is the kind place where you’ll see teams of uniformed baristas smiling as they perform their coffee making ritual behind the bar. Napoli is a place where servers at the pizzeria stand out front and converse during the lull between lunch and dinner.

The best way to experience historic Napoli is by foot. Spaccannapoli is the main street in Naples, splitting the city in two. The parallel-running Tribunali is another central street to help you get your bearings. Once you cruise these two, turn up and down the narrow side streets and alleyways. One thing you’ll notice about Napoli is how high the buildings are for how narrow the streets can be.

During a Saturday evening stroll, I stopped into Gesu Nuovo, a Neapolitan Baroque church with an interesting façade from a 15th-century noble palace. I went in to see the over-the-top Baroque interior but ended up staying for a special Saturday evening mass by the Arch Bishop (and Cardinal) of Napoli. There was a choir and several priests in attendance for this celebratory mass.

When the weather heats up, a stop for gelato is one of the highlights. It was too chilly for me in October, so I opted for the Sfogliatelle, a crispy, many-layered pastry with filling, followed up by a quick espresso at a local bar. Of course Naples is the birthplace of pizza, so you’ll want to stop at a pizzeria to try the original margherita pizza.