This is the Roman cliché, the one which Hollywood (think Eat Pray Love and To Rome with Love) loves. That said, Trastevere is a pleasant, and now quite touristy, place to stroll in the evening. It is Rome with a village feel. This was traditionally a working-class neighborhood, but as it has become trendy in recent years, rent has gone up, and pushed out many of the former residents. 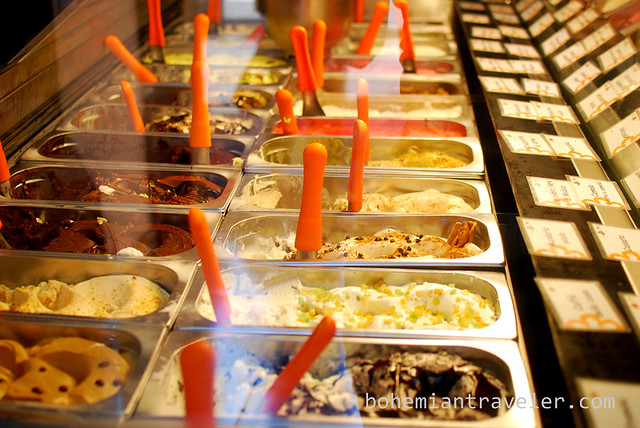 Even though you might be eating a style of Gelato that originated in Sicily, there is still some excellent gelato to be found in Rome. There is also plenty of bad gelato, so choose wisely. (Hint: look for gelato with dull colors (natural) and ones scooped out of metal tins.) One of the best Gelaterias in the city is Come il Latte on Via Silvio Spaventa, 24. 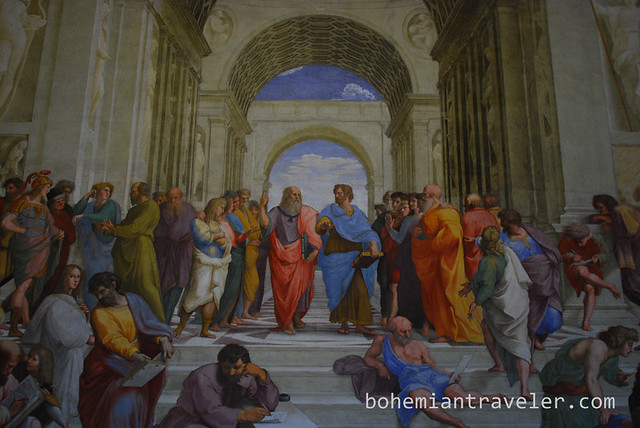 When in Rome you should visit the Vatican. You didn’t need me to tell you that! What might be a good idea is going with a tour guide or a really good guide book (Blue Guide Rome is excellent)

. That way, you can sort through the thousands of art pieces, deciding where you should spend your time, and what the origin and meaning is behind the more important ones. 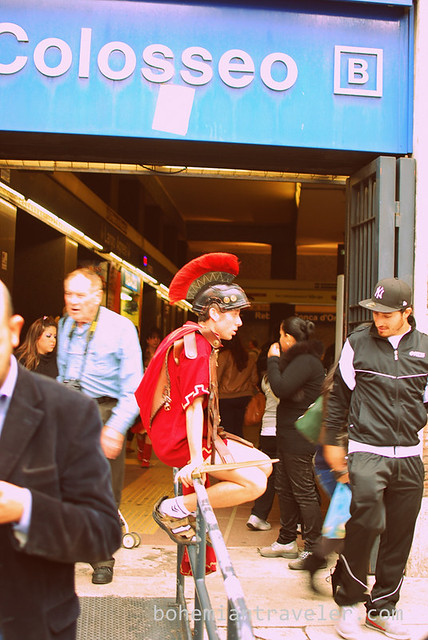 This guy is just looking for a companion to hang out with. He probably could use a Capicola sandwich to help beef him up for his next gladiatorial combat. This guy is employed to pose with tourists in photos, but every time I saw one, he was on break.

Get a good place to Stay

Sleeping in Rome is not cheap. Even dorm beds can be 30 Euro in high season. Find your accommodation using Cross-Pollinate Rome. It is a listing of apartments, B & B’s and small family-run hotels in Rome. What makes it different (read: better) is that all listed accommodations are hand-picked and approved by Cross-Pollinate, so there aren’t going to be any real shockers. You should put your efforts into sightseeing, eating, and walking around this ancient city, not fussing over accommodation. 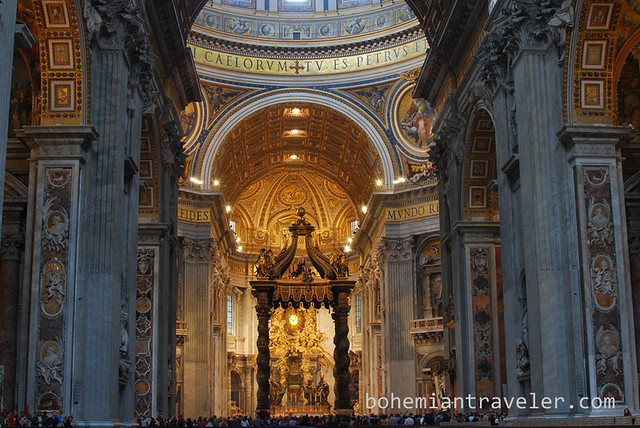 While this is the biggest church on earth and arguably the most impressive, I can still not like it, right? For one I don’t think baroque is beautiful. But on the other hand, I do love Michelangelo’s Pieta and I would return a third time just to see that again. The Pieta is the ultimate expression of beauty, love, and faith. And the dome that tops St Peter’s is a major feat of engineering.

Before braving the tourists and traffic of Rome, you owe it to yourself to start the day outright. Get an espresso, standing up at the bar. I enjoy this novelty when I’m in Italy. Where I come from, coffee is either taken sitting or in a paper cup to go. I also enjoy the novelty of finding a coffee bar on nearly every street I turn and indulging in multiple shots per day. For arguably the best cup of espresso in Rome, head to Sant’Eustachio (at Piazza di Sant’Eustachio, 82 near the Pantheon).

Stand under the Pantheon’s Dome 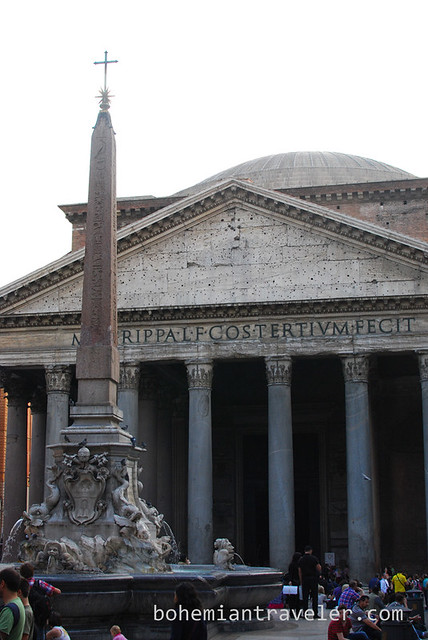 For me, this is the most impressive sight in Rome. Not only is this feat of engineering impressive for the civilization that created it almost 2,000 years ago, but the fact that it is still standing in near-perfect condition and was the biggest dome in Europe until the Renaissance. Not only that, but it remains the world’s largest unreinforced concrete dome to this day. The secret to its preservation is the fact that it was used continuously throughout the centuries.

Break into the Colosseum 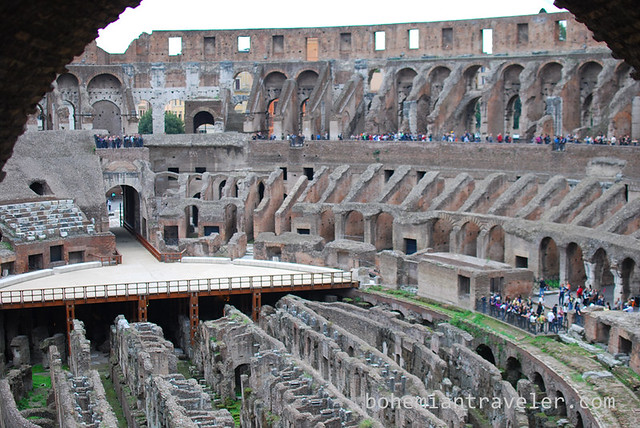 Just kidding. You can’t do that anymore! Long past are the days when you could buy a bottle of wine, sneak into the Colosseum and drink it with your friends under the moonlight. A friend living in Rome told me this was not uncommon back in the nineties. Ahhh, the nineties. 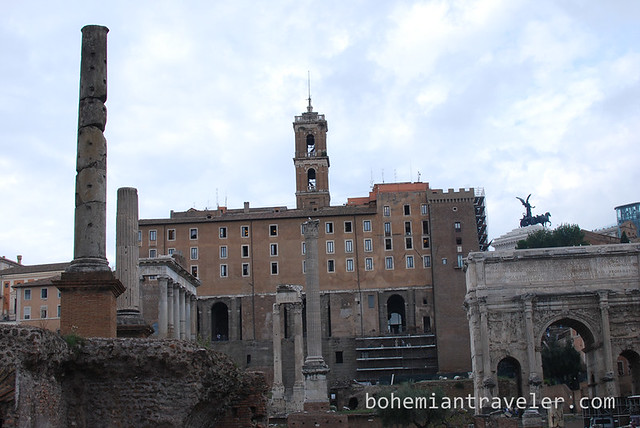 That is what is needed when you are touring the Roman Forum. There isn’t much left today. But at one point this common area between the seven hills of Rome was the governmental, commercial, and spiritual center on the Roman Empire. This was the location of Rome’s religious processions, elections, political demonstrations, speeches, and parades. Most of what remains lies in ruins.

Rome’s traffic was not quite as bad as I thought it would be, but it still takes a bit of precaution before crossing the street. If you experienced Hanoi traffic before, Rome should be a breeze. Enjoy Rome on your next trip to Italy, but make sure you survive long enough to bring your off-duty gladiator pictures back to your friends.