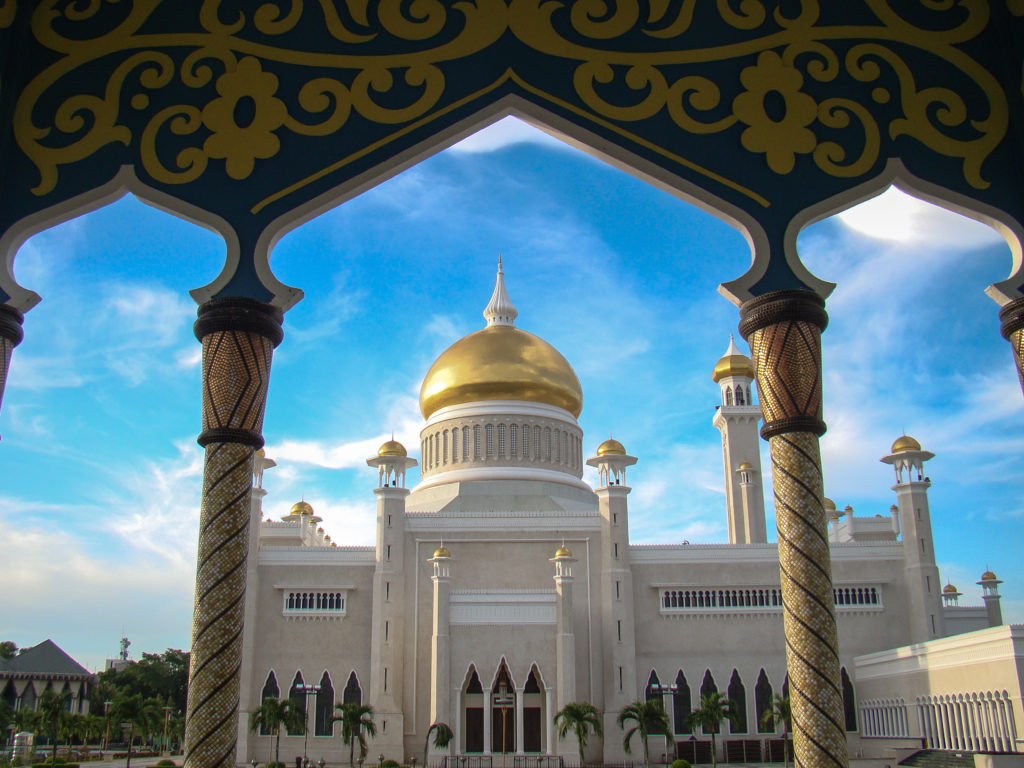 Brunei can rightly be called the only country I’ve ever traveled to just for the sake of the passport stamp.  Dismayed by the cost of mountain permits in Malaysian Borneo, I opt instead for the oil-rich Sultanate Next Door.  Prepared with my legal-maximum-import 1.5 liters of booze, I show up ready for boredom. I wander through opulent museums stuffed with precious jewels, walk past restaurants offering meals from all across South and Southeast Asia, and make several circles around the Sultan Omar Mosque. I spend two nights in a row pre-partying in a cheap hostel then drinking overpriced tea and watching World Cup games playing live from South Africa. I’m bored the entire time.

This is, of course, entirely my fault. I never go to the pristine swath of rainforest in an exclave just across the Brunei Bay. Despite being just beyond downtown, I never see the miles-long Water Village on the Bandar Seri Begawan waterfront. The most excitement I find is when a homeless and seemingly-deranged local berates my travel companion, but returns half an hour later to present her with the gift of a small plastic ring. The second most excitement, only a hair below that first, is the Dairy Queen restaurant’s full menu of Blizzard ice cream treats. There is an entire country here to be explored, a new culture literally wrapped up inside of two much larger Malaysian states. Though I can’t explain why, I never bother to explore it.

Instead I bitch about the heat and the fact that there’s no alcohol for sale anywhere in the country. But hey, at least I got that passport stamp! My first thought, though, on getting back off the ferry and back onto Malaysian soil: “I need a beer.”

2 thoughts on “Photo of the Week: Brunei Mosque Framed”