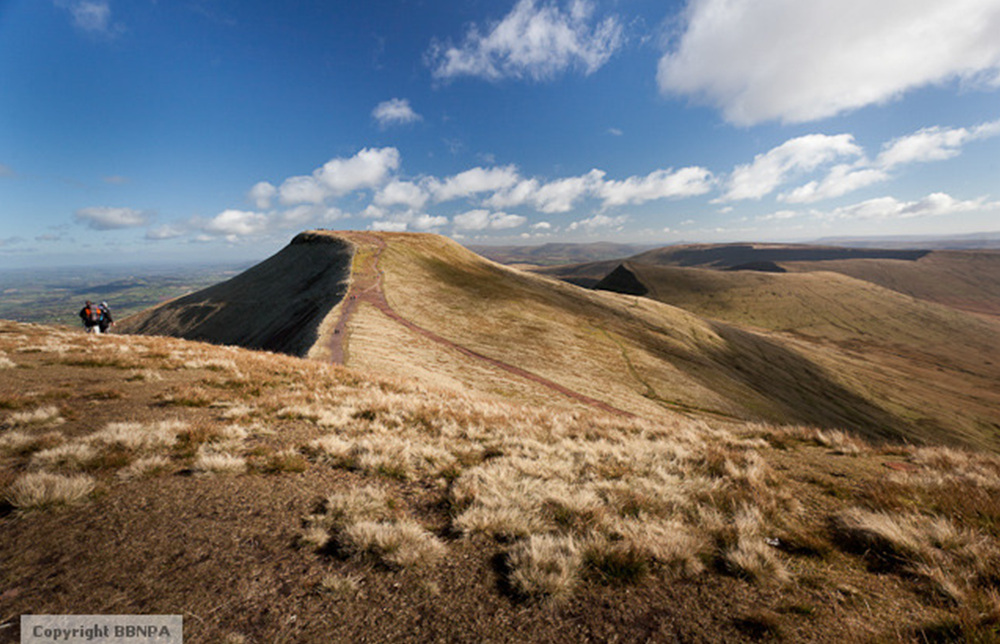 Wales is perhaps most famous for one thing over and above all else. No, it’s not for having the longest name for any place in Europe, (Llanfairpwllgwyngyllgogerychwyrndrobwllllantysiliogogogoch), but for the one thing that dominates the Welsh landscape more than anything else: sheep farming.

In fact, 76% of the physical landscape is devoted to hill farming, and there are currently around four times as many sheep as there are people in Wales. The result of this colossal dependence on the agricultural industry, however, is ensuring Wales’s breath-taking countryside is minimally corrupted by constant industrialization and that the hiking options present in Wales are – and will remain – unchanged through history. As a bonus it also means that hiking in Wales is unrivalled almost anywhere else in the world. In fact, experiences trekking in Australia, Thailand, Laos, Indonesia, Vietnam, USA and other numerous places around the world still only scratch the surface of what I would deem the best views and the best hiking routes for the loyal mountaineer to enjoy: the Brecon Beacons National Park. 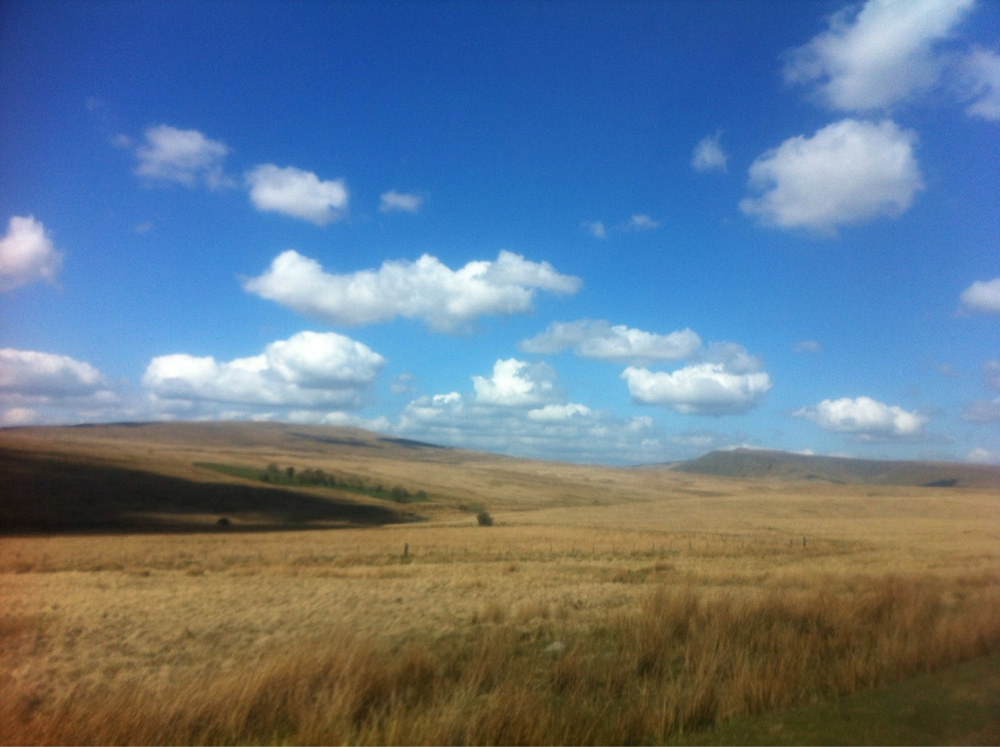 Why is Brecon Beacons so Great?

My favourite hiking spot by far, the Brecon Beacons National Park offers hikers excruciatingly high climbs and spectacular open countryside. In a good day’s hike you are bound to endure vibrant blue lakes, crystal clear waterfalls, dizzyingly high and excruciatingly steep climbs and stunning green grass as far as the eye can see. The national park itself, located roughly in the centre of the country, winds around numerous hamlets and villages, encapsulating a staggering 519 square miles.

In the heart of the park lie the Brecon Beacons, a name I have always found rather intimidating. Reminiscent of something out of Tolkien’s Lord of the Rings, the name couldn’t be more fitting to the peaks they represent. These six mountains jutting out of the Welsh countryside are so named for being points where beacons would have been lit in times of national crisis, or as signal fires to warn surrounding settlers of invasions by attackers. Interestingly, with the border of England not so far away, as you stand victorious upon the summit of the Beacons highest peak, Pen-y-Fan (pronounced Pen-u-Van), you must ponder the importance of the practical utility of these peaks; picturing the scene several hundred years ago and how it would have been for the lonely watchmen guarding the beacons; waiting in peril to spot the next invasion force of Roman settlers. 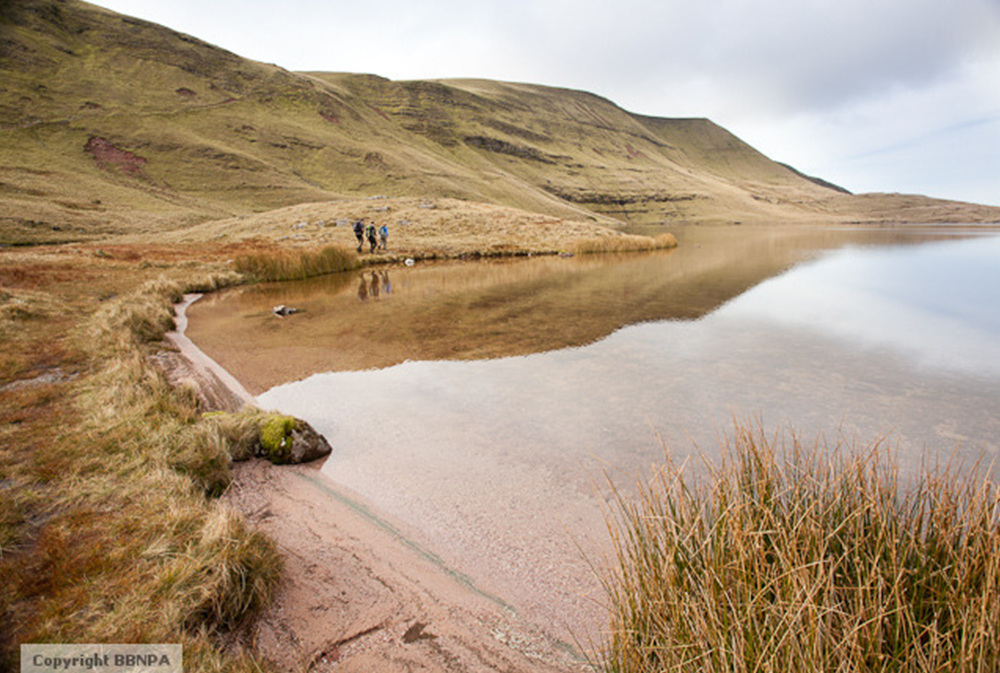 A favorite of mine (and one which I can only recommend) was to head out to the mountain first thing in the morning – often starting before the sun had risen. Beginning at about 4am at the foot of Corn Du (the Beacons’ second tallest peak; pronounced Corn-Dee) it was a race against the light to summit before the sun. Head-torch engaged, it was a matter of pushing as hard as possible, up to the peak, barely visible in the distance.

A characteristic that always surprises first-timers is that of Corn Du’s illusive character: forcing hikers to first summit a hillock of sorts before plummeting back down and making those who had just thought they had done the hard part re-evaluate their decision to attempt it in the first place.  By remaining steadfast, though, the second ascent can be done within around one hour, but is in no means an easy feat. As the altitude rises so does the difficulty, and upon reaching the three-quarter mark the gradient suddenly distorts upward. With legs already burning, it’s not uncommon to resort to scrambling up using ones hands for balance, while feelings of nausea induced by the sheer 90 degree drop to the north of the mountain make for a tough 30-or-so minutes. Peering over the edge, a circular lake which, from the half-way point of the mountain still maintained its impressive perspective has now shrunk; the brown tones of the water making it resemble little more than a small cup of tea resting on the grass. 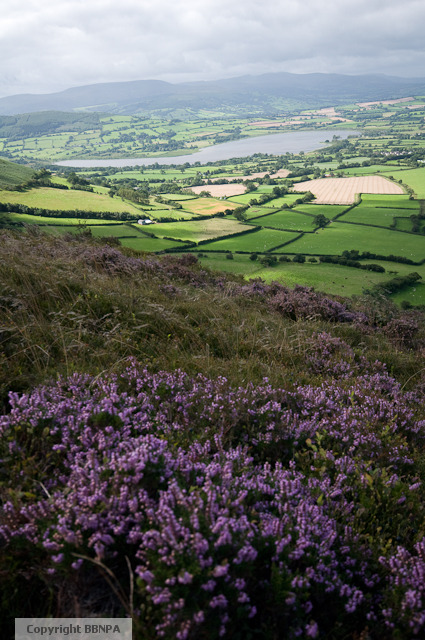 Then, all of a sudden, there it is, the flat crest of the summit inviting you to stand on her victorious. In the few times I made it there before the sun, the feeling of elation was almost indescribable –showing Mother Nature who’s boss not once, but twice, showing myself stronger than her mountain and faster than her sun. It is at this time more than ever, when there is nothing else around for miles aside from galloping lambs and wild Welsh Ponies that you can truly appreciate the beauty of the landscape and the serene sense of accomplishment that comes with mountaineering.

Across the valley, towards the towns of Hirwaun (Her-wine) and Aberdare (Ab-u-dare) lies another local favorite, the Ystradfellte (U-strad-vel-tu) waterfalls. To get there, it is possible to follow the winding foot trails across from the Beacons, over the opposite valley and back down into its cavernous western edge. Alternatively, for those who haven’t the time, a short 20 minute drive shall have you crossing some of the most breath-taking scenery as you head over the valley. 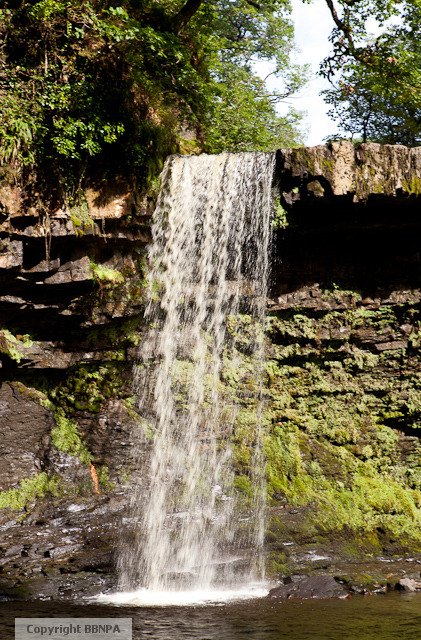 Here lies some of the most serene footpaths and peaceful walking routes in the country, and a generally easy well-trodden trail will wind you down to the mouth of the Sgwyd Clun-Gwyn (Scood Clean-Gwin), Sgwd Isaf Clun-Gwyn (Scood esaf Clean-Gwin), Sgwyd y Pannwr (Scood ee Pan-oor) and Sgwd yr Eira (Scood-ear-Era) waterfalls. A walk along this series of interconnected natural waterfalls, fed by the river Afon (A-von), is both peaceful and chaotic: a juxtaposition that is rarely experienced in unison with the other. Strolling along the still waters, the roar of the dramatic waterfalls is almost therapeutic, and as you trek closer, further along the trail, the sound of the roar begins to increase. Walking across the well-managed bridges that constitute the popular footpaths over the steady waters, it is exciting to witness the water slowly start to speed up as the river narrows.

Loud, intimidating crashes bounce against the idyllic backdrop as you arrive at the viewing decks high above the waterfalls. The exhilaration experienced as you gaze into the frenzied collisions of water on water induces an eternal sense of respect for Mother Nature and I’m of the opinion that there is no better artist – nothing man made can even come close to the beauty she has produced over millennia.

If you’re somewhat of an iron man and still have some energy after tackling the Beacons and reconnecting with nature at Ystradfellte, there is still a lot more to see in the park. Llangors Lake is the largest natural lake in South Wales and is an area rich with flora and fauna. It is a protected sight: home to dozens of species rarely seen outside of the confines of the lake, and perfect for a day’s relaxation, bird watching or a spot of fishing. 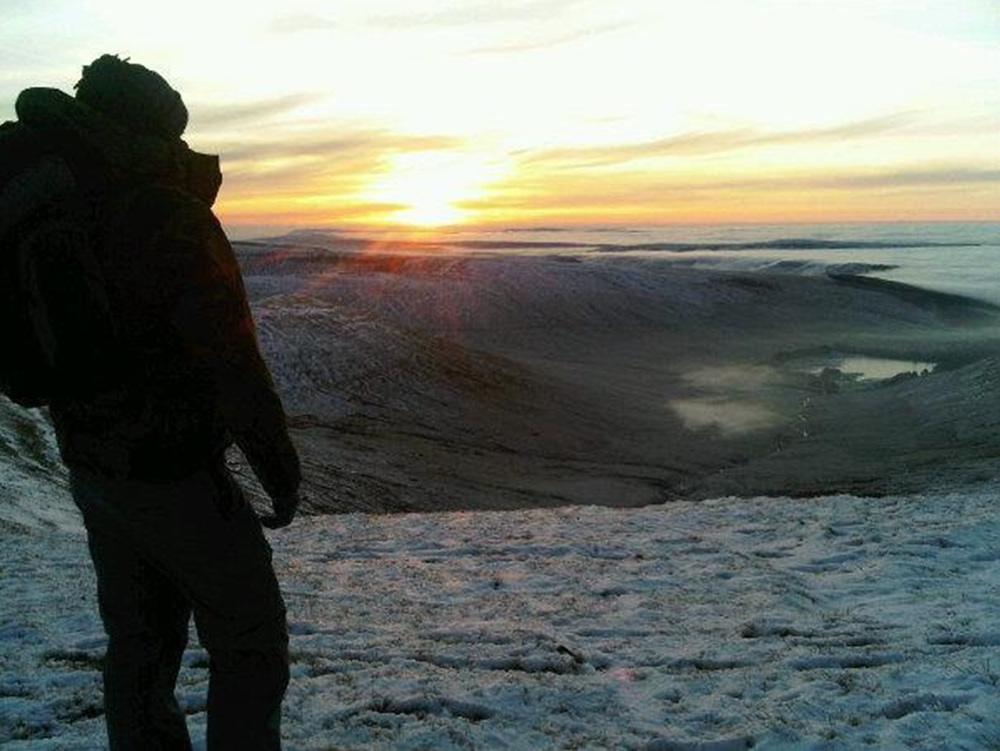 The Brecon Beacons National Park is also home to what is regarded as the smallest distillery in the world, and the only one in Wales. OK – so a visit to a distillery would probably never be recognised under the bracket of hiking, but after a full day spent fighting Mother Nature it’s probably fair to assume a night-cap has been earned.

Penderyn Distillery brews one of the finest malt whiskies in the world; awarded by numerous authorities for its quality and seemingly becoming one of the most renowned on the market. Even if you don’t like whisky it is still worth a visit as the water witnessed crashing down at the Ystradfellte waterfalls is the very same that goes into their brew, rounding the experience up rather nicely. If you’re still not sold, they produce vodka, gin and cream liquor too…

The Brecon Beacons National Park remains my favourite place for getting away from the everyday and the single biggest thing I miss about my home country (sorry, Mam and Dad). If you’re visiting, it would be a crime not to spend at least one day in this beautiful corner of the world.

Fundamentally, there seems to be less and less places on Earth where nature is allowed to be just that: natural. With growing deforestation and an increasingly polluted planet I cannot urge you enough to get out and enjoy the Earth as it is at its most uninhibited. The Brecon Beacons National Park remains a sanctuary for this very notion and makes me incredibly proud to hail from such a beautiful country.

Craig is a freelance travel writer and journalist, who after leaving his humble Welsh surroundings in 2011 has backpacked far and wide to satisfy his relentless curiosity. He now resides in Berlin, Germany.