Edinburgh is a proudly hip city, where everything is small, and cute and necessarily unique: things are hand-woven or hand-written or hand-made, arts & crafts are one-of-a-kind, and if it’s not labelled “organic” or “fair trade” or “ethically local-source” or basically any trendy modern adjective that tends to attract upper-middle-class hipsters, it won’t exist.

It is no coincidence that everything is also very expensive. 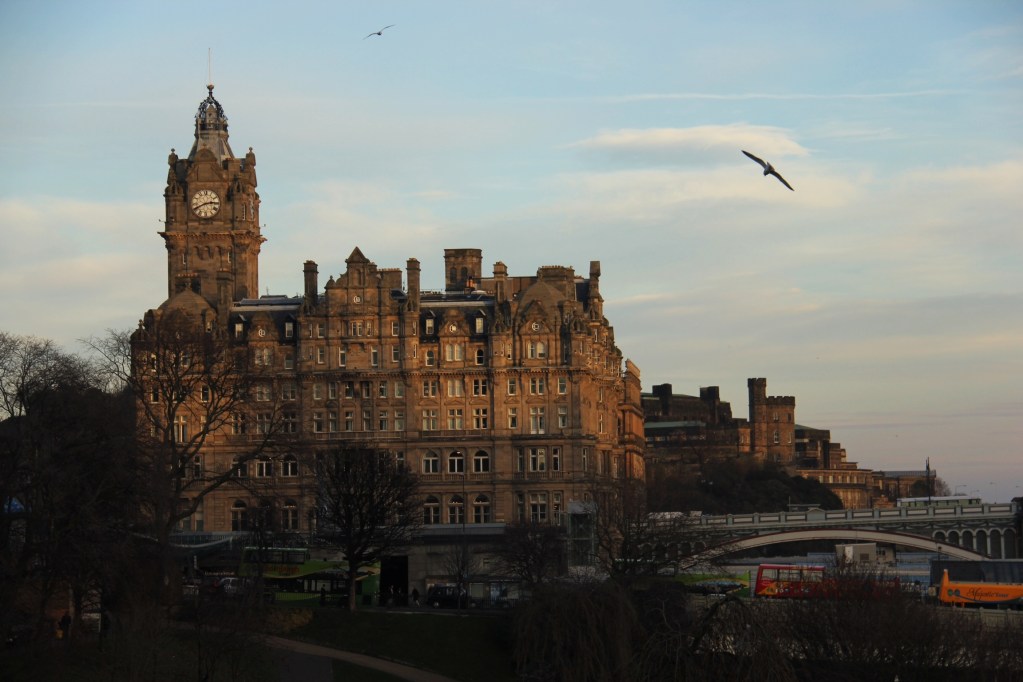 There’s no denying Edinburgh’s small-city charm, owing mostly to its younger population, connected and inspired enough to gentrify almost every neighborhood, few enough in number to maintain a sense of community. The food co-op is as busy as the supermarket; for every cookie-cutter Greggs Bakery there is a locally-owned one down the block, so you never have to walk very far to find a vegan date square.

This isn’t to say it’s lacking in Scottish tourist kitsch. Haggis, bagpipers and wooly tweed jackets are ubiquitous, and if you feel like splurging on mainstream hallmarks, you can pay a whopping £16 ($28) to browse Edinburgh Castle or around £10 ($18) for one of the city’s famous nightly ghost tours.

Out in the Streets

Edinburgh is unfairly attractive. The Mound, the central artificial hill that props up the iconically medieval Edinburgh Castle, is a craggy and beautifully gothic in a way that movies can only replicate, with rows of wealthier houses on the outskirts of the city that affect the appearance of small castles. Clouds always seem on the verge of rain, and the skyscrapers are so few that the sky is always filled with a myriad dramatic shapes and colors. 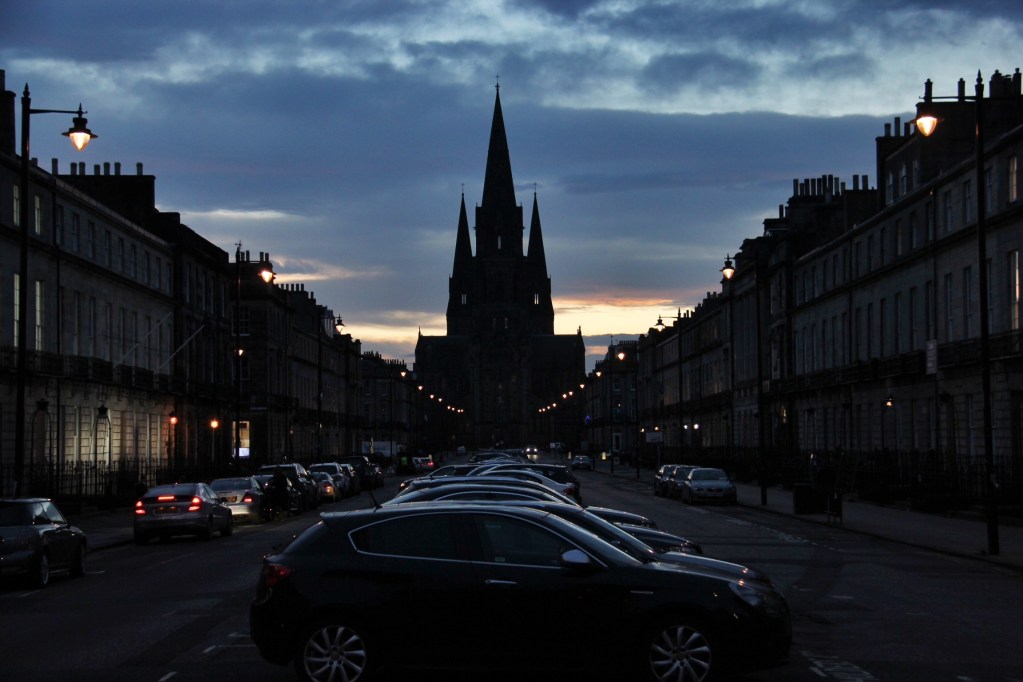 If you’re looking for the smaller Scottish nooks, you’ll find most everything is DIY chic. You’ll also find fewer tourists in the local cafes than in the downtown core, obviously. You can find old police boxes lonesome in grassy parks, re-painted and re-appropriated into miniature cafes and sandwich shops; a bright green longboat along the otherwise dully brown Union Canal has been bought by a decidedly eccentric man with a dreadlocked ponytail and two lip piercings who sells chai teas and granola flapjacks. In front of literally every worthwhile cafe I saw a wooden chalkboard advertising gluten-free muffins and fair-trade coffee combos.

Aside from the hipster menu found easily in cafes along the A702 near downtown, most pubs offer proper Scottish food: haggis, mashed potatoes and gravy, meat pies, black pudding. Most Scottish food is akin to heavy and hearty English food, meat and potatoes stuff. If you’re getting pub food you should match it with a pint of Scotch ale, especially the incomparably delicious (and expensive) Innis & Gunn. 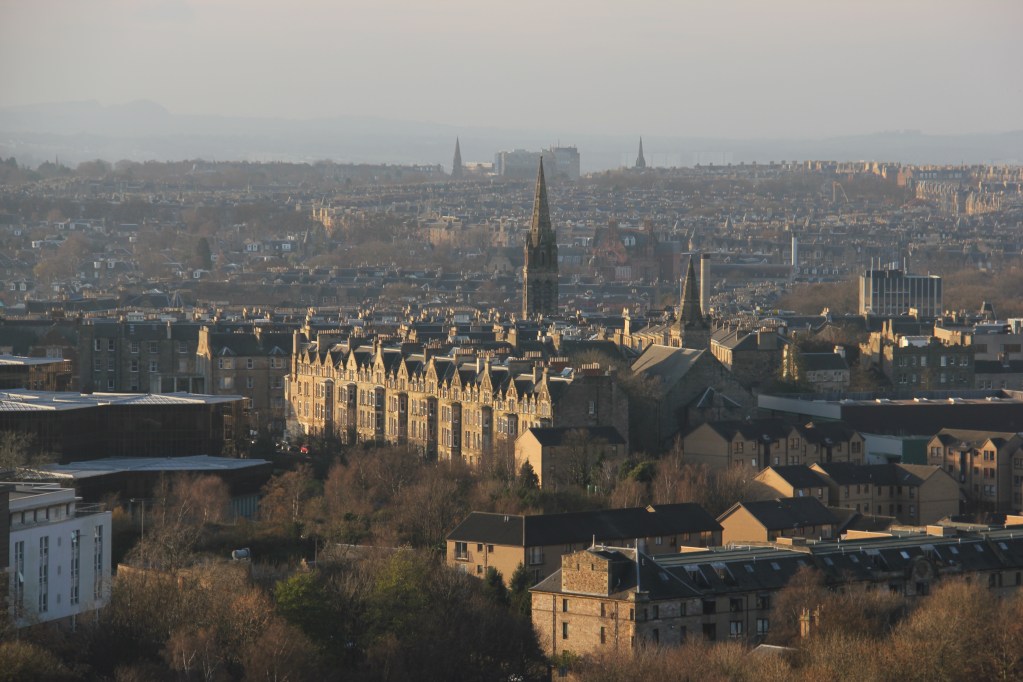 Most meals will run around £10-£18 downtown, although if you head to the outskirts, especially south along Morningside Road or to the guesthouse-crazed neighborhood of Minto Street, you can find a sandwich and salad combo for around £6. Most pints cost around £2 or £3, depending on the season and whether you get a craft brew.

Edinburgh is the second-most expensive city in the United Kingdom after London. You will spend money, especially if you spend any amount of time downtown. Luckily picnicking is common and easy, since many supermarkets stock locally farmed and produced foods–you can still eat a proper Scottish meal and not feel like a dink for exclusively shopping at your local Cooperative Food Store.

Most hostels start at £20 per night (around $35), which can be quite a bit, considering you could find your own private hotel room if you’re willing to spend £10 more. If you’re into Couchsurfing, Edinburgh’s indelibly hip kids are bountiful and friendly.

That said, sightseeing can be very cheap. Just walking around the city landscape is a pleasure, especially through Cowgate and Grassmarket, and many of the big museums, like the Scottish National Gallery and National Museum of Scotland, have free main exhibits year-round. There’s also no shortage of leisurely hikes up Arthur’s Seat or Calton Hill for unbeatable aerial views of the city. 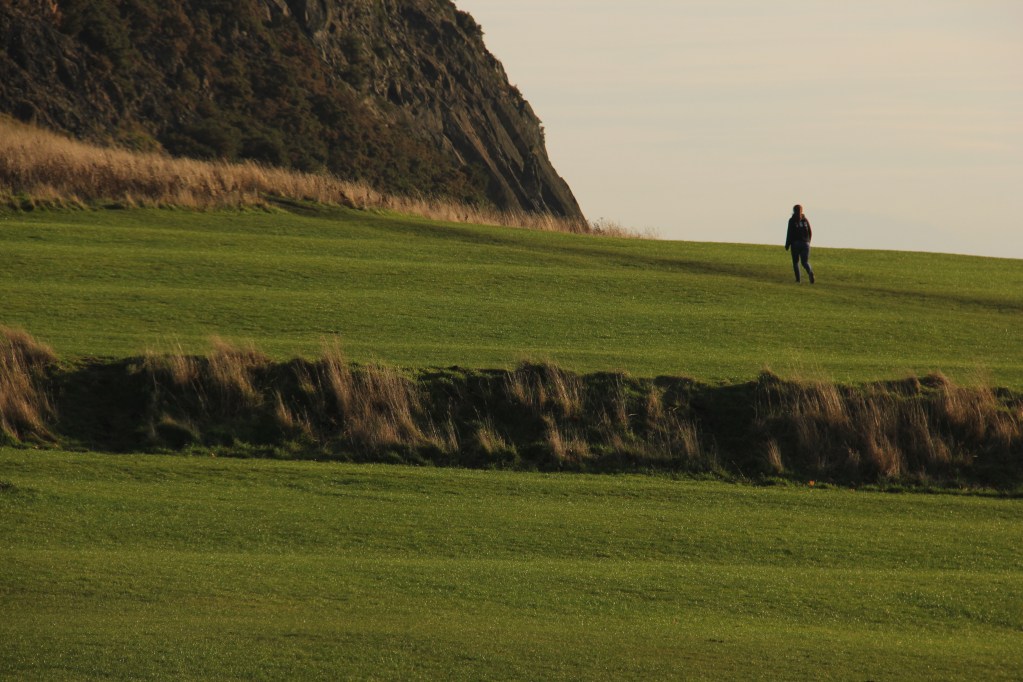 Edinburgh has more walking tours than most cities. I didn’t pay £12 to  join the much-advertised Literary Pub Tour, but that it exists reveals much about the kind of tourists who must flock here. Edinburgh is also called the “most haunted city in the UK”, so there’s no shortage of red-haired girls who very probably identify as Wiccan handing out leaflets for ghost walks on the street.

Also, you will be either disappointed or relieved to know that Edinburgh accents aren’t as cartoonishly thick as the stereotypical Scottish accent. If you’re hoping to understand not a single word of Scottish-spoken English, try Glasgow, with which Edinburgh has a sometimes-not-so-friendly rivalry. (As a tip: don’t advocate Glasgow. In Edinburgh, in any regard, Edinburgh is better.)

Edinburgh’s iconic destination is Edinburgh Castle, which sees over a million tourists annually, but whether it’s worth nearly $30 is your call. It is expansive and beautiful and unique and ancient. Edinburgh is also a huge museum and gallery city. The National Portrait Gallery of Scotland on Queen Street is touted by locals to be better than the main National Gallery. 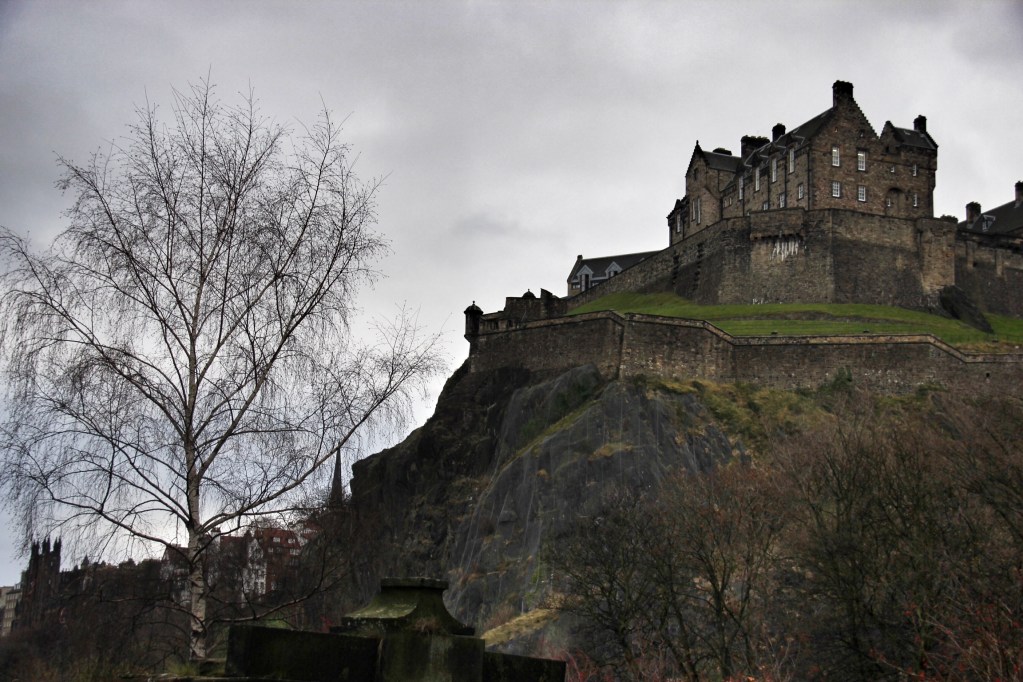 If you don’t have time to make a proper tour of Scotland, including its northern highlands, then definitely set aside the two hours it takes to climb and descend Arthur’s Seat in Holyrood Park, the fabled summit on which Camelot maybe (probably not) once stood. The grass is tall and windy and the exercise will do you some good considering what you’ll probably be eating.

There’s no real strong tourist season in Edinburgh; it sees visitors bustling about year-round. Summer is denser because of the mild weather, but winter brings the colorful Christmas market downtown along Princes Street. Take your pick.