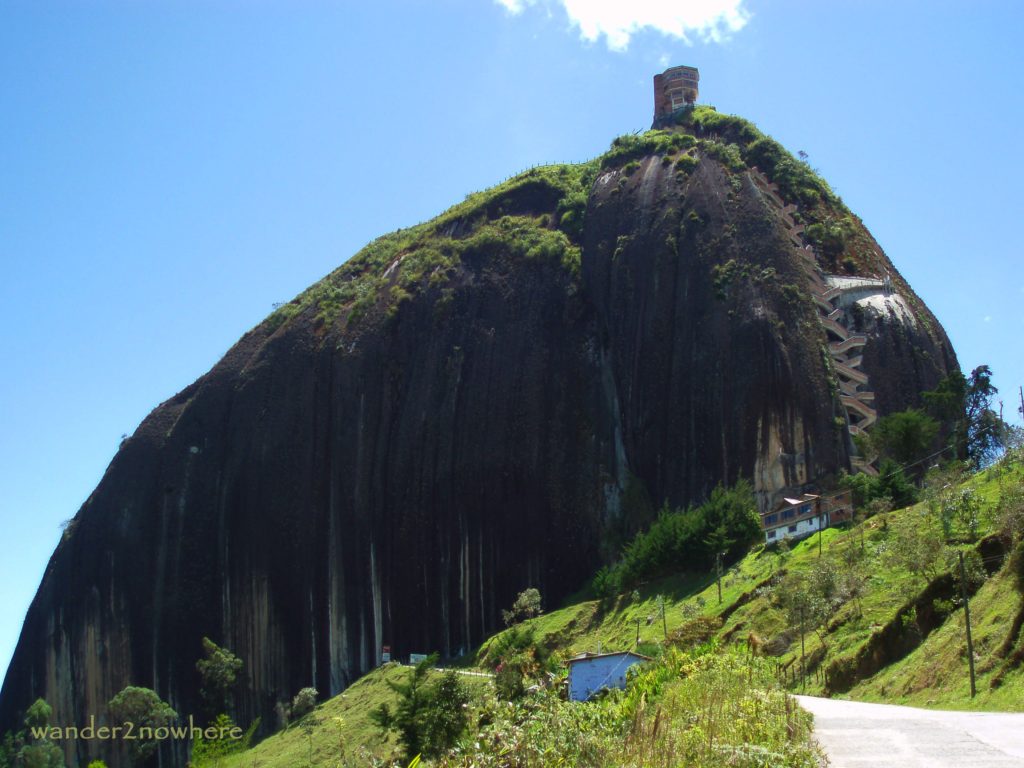 The Rock of Guatapé

This is a massive monolithic rock formation 86km from Medellin, Colombia. It is believed that the Tahamies Indians, former inhabitants of this region, used to worship the rock. In the 1940s, it was declared as a “National Monument” by the Colombian government.

The rock lies at the border of Guatapé and El Peñol and both towns claimed ownership of it. Once, the residents of Guatapé decided to settle the matter once and for all by painting the name of their town on the rock. It didn’t take long for the residents of El Peñol to find out about it and a large mob gathered there to stop it. Only the letter “G” and part of the “U” were completed. And that’s what you’ll see at the northern face of the rock.

The rock, which is almost entirely smooth, has one long crack running from top to bottom on one of the faces. A 649-step staircase is built crisscrossing like a giant stitch across the crack.

If the climb to the top doesn’t make you breathless, the view from the top will take your breath away. At the top, there are some souvenir stalls and a tower you can climb to have an uninterrupted 360 ° view of the surrounding dammed up plain.

If this has stoked your interest in Colombia, read some of our previous articles about Colombia or consider joining us as we venture ourselves to Colombia.

We’re taking a small group of travelers to Experience Colombia.We’ll show you the best that Colombia has to offer! 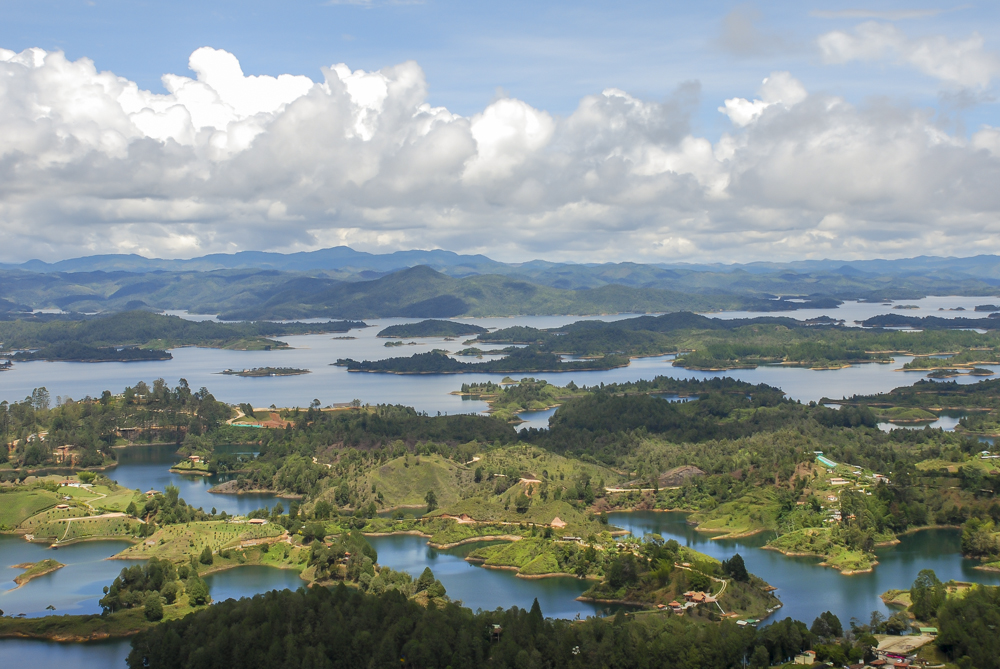