Oman is a land of ancient traditions. Though modernity has come to much of the country, there are still those who live much like the generations that came before. Once such place where the old customs die hard is Al Hamra.

Al Hamra is a 400-year-old town in northeastern Oman. Some of Oman’s oldest houses remain intact here. Although many of these mud brick dwellings have been abandoned in favor of newer ones in the neighboring settlement. Still many two- and three-story houses remain in the old part of town, making Al Hamra one of the country’s most atmospheric places. The old homes that remain occupied have been outfitted with modern conveniences like air-conditioning and televisions. But in the shaded alleyways you can still see old men in traditional dress chatting over coffee. The halwa maker still makes his halwa in a large copper bowl over a wood fire like he’s always done and the Sufi women still live together in Bait al Safa, the House of Purity, where they devote their lives to prayer and celibacy.

Unlike many of Oman’s cities and towns, Al Hamra has no fort or defensive ramparts. Its citizens were never involved in tribal warfare, contributing to the preservation of the houses.

To the north of Al Hamra is the towering Jebel Shams, the highest peak in Oman, situated in the Al Hajar Mountains. These craggy mountains above and date gardens below give Al Hamra an unparalleled setting.

Another dramatically situated town in Oman is Bilad Sayt. 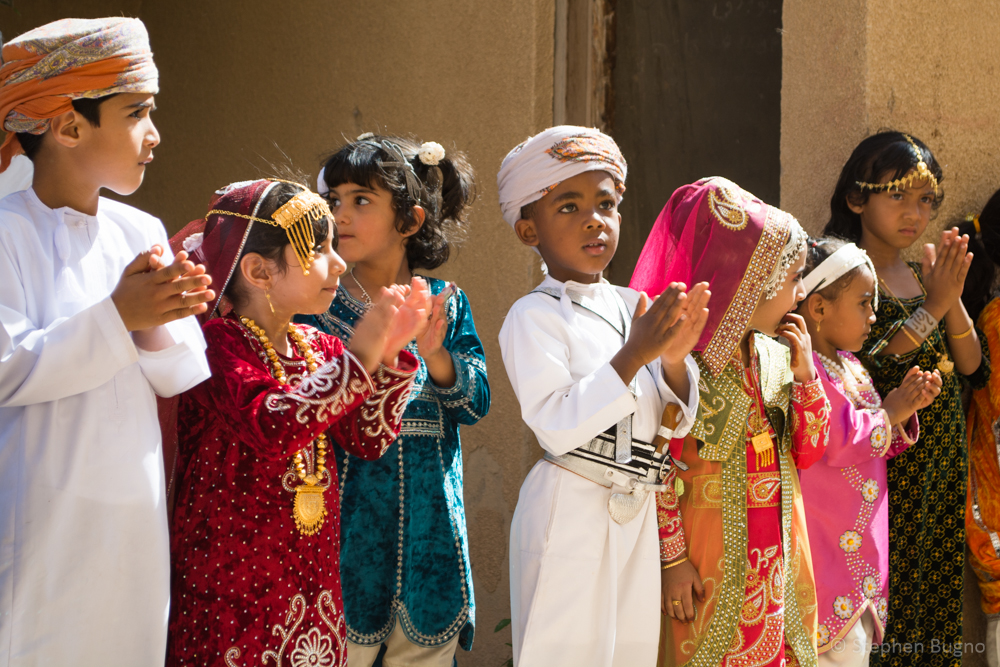 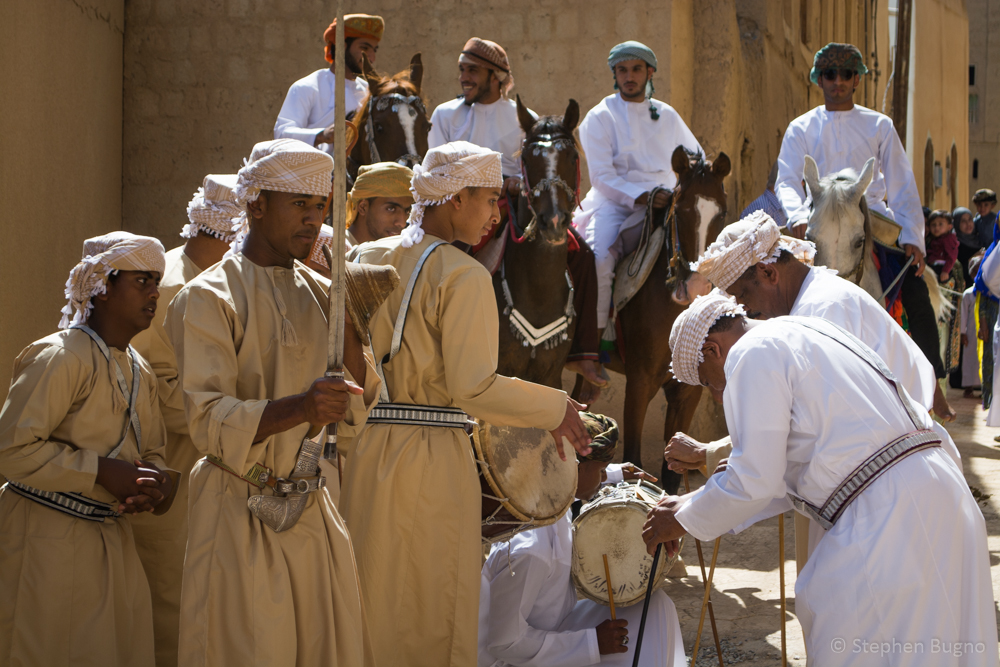 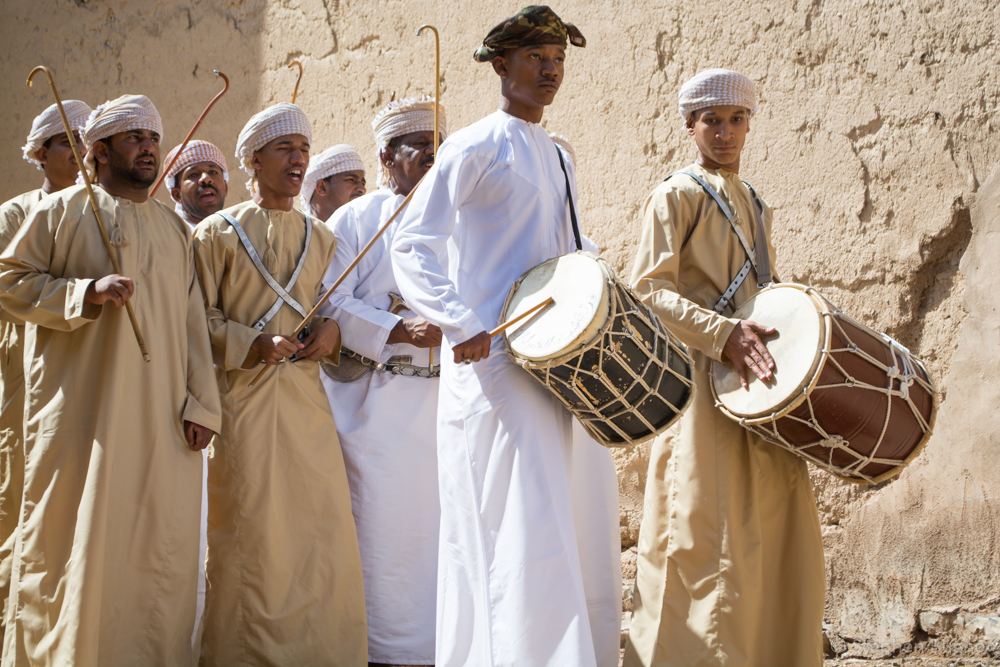 1 thought on “Photo of the Week: Omani Sword Fight in Al Hamra”