Lisbon is a city you can fall in love with instantly, but that takes its time to truly show itself. You need to get lost in the narrow streets of her old neighborhoods, and find your way discovering new details every time; waste time over a coffee or a beer in a terrace overlooking the river and the rooftops, sit at the table for hours nibbling away, sipping wine and listen to music on the streets or in one of the many bars.

It is one of the oldest still-inhabited cities in the world, and the oldest in Western Europe. Remnants of its origin, back around 1200 B.C are hard to find, but Roman ruins can be seen around the old town, and Alfama and Mouraria, its oldest neighborhoods maintain the maze-like topography of their medieval origins.

Spread across many hills, it was a city left to itself and disregarded by its own for many years. Apart from the monuments in the touristic area of Belém, its past as one of the biggest, and prettiest cities in the world, and a door of entrance and departure to the discoveries was forgotten.

The last few years have seen big changes. Many derelict buildings were recovered, world-renowned street art is on the rise, the cultural offer increased immensely and tourism is exploding. The once overlooked westernmost capital of Europe is on the rise. We Lisbonners hope it doesn’t lose its character in the process. 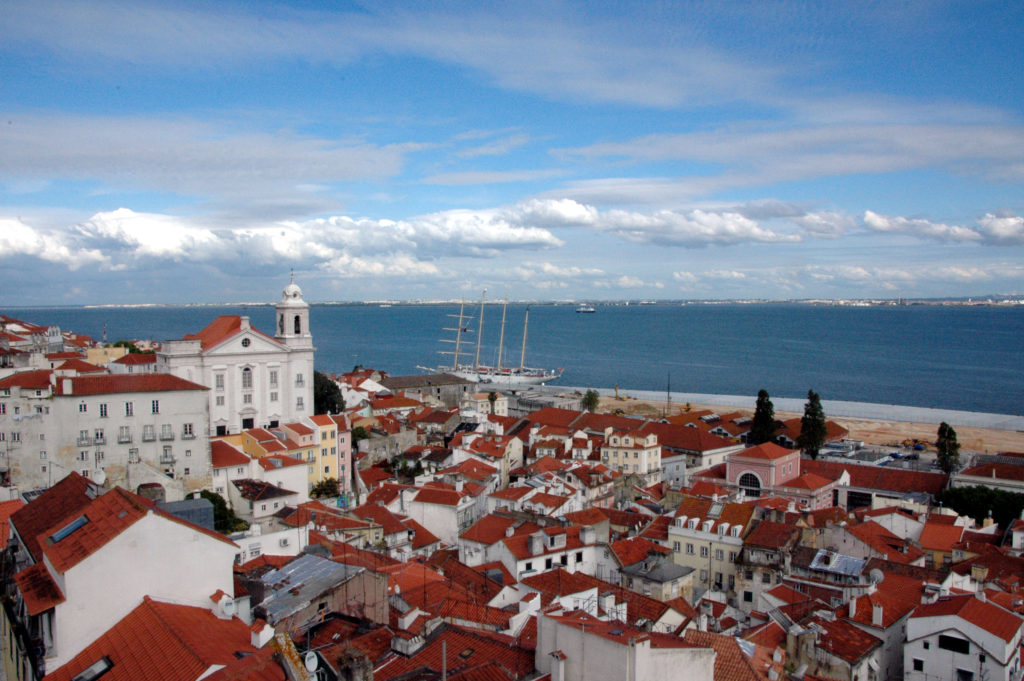 Out on the streets

Exploring Lisbon is all about walking around. Expect to climb up and down a lot – the views come with a price. Graça, Alfama, Mouraria, Principe Real, Chiado, Bica and Bairro Alto, the oldest neighborhoods, are all on different hills, so going from one to the other will take its toll on the less accustomed legs. The famous tram 28 crosses all of these, but nowadays it is so full of tourists it makes life difficult for the locals who need to use it for their daily lives. If you really really want to experience the tram, take the 12, which makes a shorter run, or go on one of the tourist ones. They are more expensive but make the same route as the 28 and you can actually enjoy the ride.

These neighborhoods feel like little villages inside the city. Nowadays, Alfama and Bairro Alto are almost getting more tourists than locals, but you can still have a feel of the old neighborhood life, with the people going about their routines, old ladies at their windows and teenagers lingering on the street. Mouraria has all of this, fewer tourists, and is the most multicultural neighborhood of Lisbon.

Belém, where all the monuments related to Discoveries time are located a 20 min bus or tram ride away, and a good place to walk or cycle by the river. 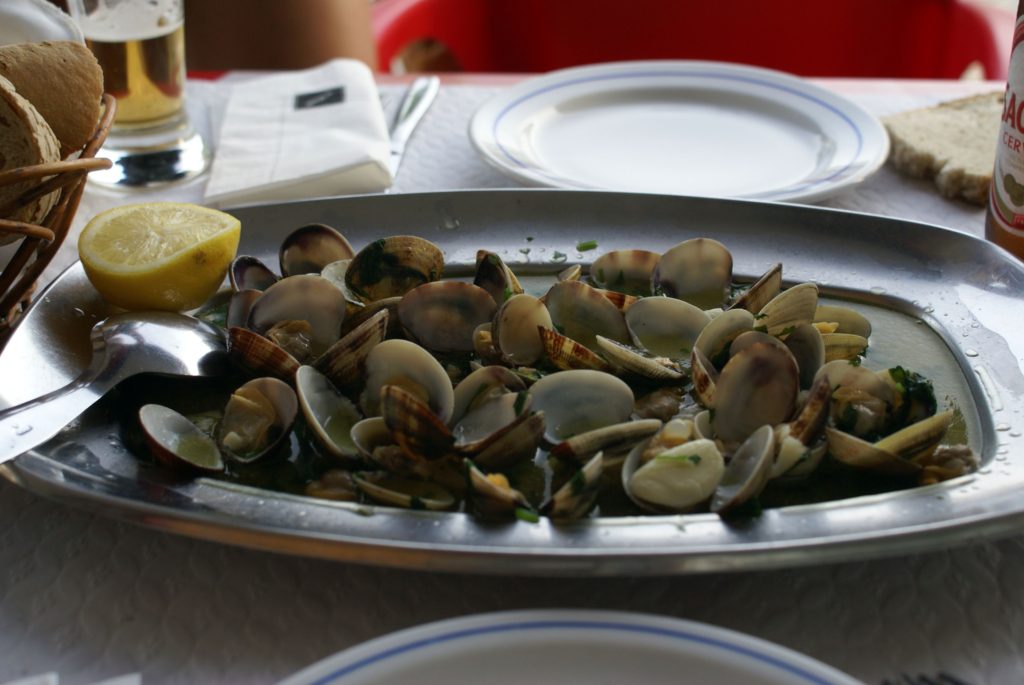 One of the things I miss the most when I leave Portugal is the variety of food. Lisbon is a good sampler for that. Grilled fish and meat abound for a fair price, at least one of the “1001 ways to cook cod” can usually be found on menus and hearty stews cooked in different styles according to their original region will keep you filled for the day. Seafood is cheaper than almost anywhere in Europe (and with great quality) and we love to petiscar (nibble on several plates of small portions, cheeses, and hams) with some beer or wine. Deserts are not for the calorie watcher and you’ll come to realize everything is mainly made out of eggs and sugar. A lot of these traditional sweets were created by nuns, so they are called doces conventuais (convent sweets). Pastel de Nata (a small custard tart that goes great with coffee) is the most famous pastry. It was not created by nuns, but by priests from a monastery in Belém. 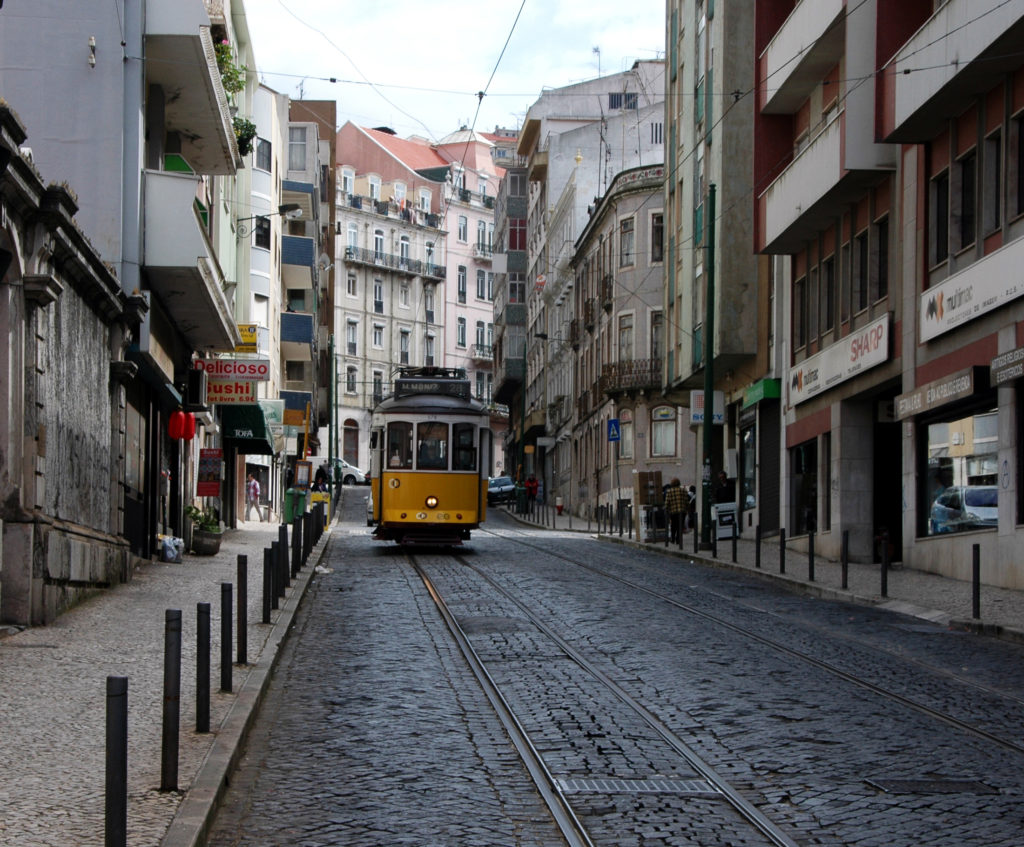 Compared to most European cities Lisbon is budget-friendly but tourism is exploding so that could start changing quickly. Lisbon’s hostels have been voted some of the best in the world and a dorm room can range from 8 euro a night, to 18. Private rooms in decent places will start at 15 euro per person, sharing a double room (more expensive for single occupancy).

Restaurant prices range immensely, depending on location and the type of place. In a typical, no-frills “tasca” a filling meal can cost as little as 7 euro, if you stay away from alcohol. In a nicer place, with some drinks, don’t expect to pay less than 20 euro. If you’re not alone, look for the size of the portions before you order. In some places, a single dose is big enough to share and can reduce costs.

Public transportation has been increasing, but single trips in trams, metro, and buses are still 1.40 euro. Charge your transport card in advance as buying the ticket on board is more expensive.  If you plan on using them a lot, 24hours tickets, at 6 euro are the way to go. 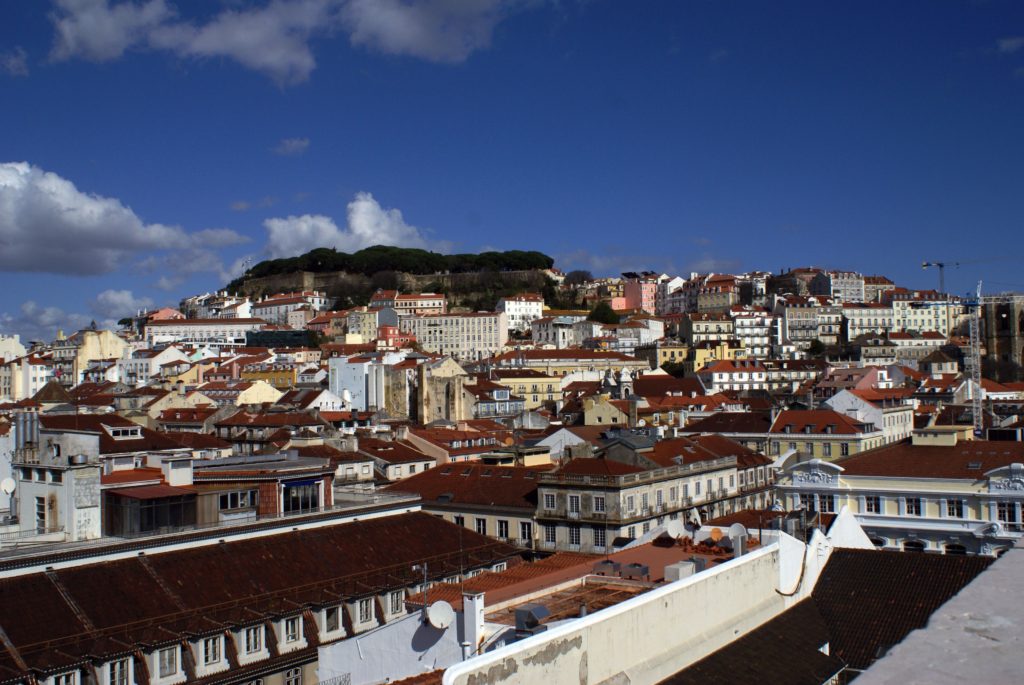 Lisbon has become a cosmopolitan and culturally active city, but its long history and the topography still make it feel like a small town. This is part of its charm. The other part comes from its light. There’s no light like Lisbon’s. Nobody can quite explain what it is, but it is the one thing everyone agrees on (there are multiple factors and there’s an exhibition devoted to the subject, at Terreiro do Paço, until the 20th of December),

Tuk tuk’s have flooded the city. They are everywhere, especially downtown and the surrounding hills, and they are noisy. A lot of people seem to find it fun to ride around, but the whole business is out of control, and the drivers act as guides, but most are not really that knowledgeable.

Despite the major improvement, there are still a lot of derelict buildings and unkempt streets. These may look a bit sketchy, but, for the most part, it is safe to walk around. A lot of these buildings have been used as canvas for urban art of people like Vhils, Os Gémeos and many more, and Lisbon is (righteously) know for the quality and quantity of this art.

As mentioned, the best of Lisbon are its neighborhoods, the street life, and the viewpoints (miradouros) on top of the hills. For a better understanding of the history, there are many walking tours. Lisbon Walker’s ones come highly recommended. For Mouraria there are tours focusing on different subjects, organized by Renovar a Mouraria, a local association that has done a lot for the neighborhood. The guides have all received training and most are residents of the place. For a nice overview of the large urban art murals spread across town, Underdogs’ tour is the best bet.

It is possible to visit and walk along Duarte Pacheco’s Aqueduct. The arches of the 18th-century construction stand out in Alcantara, and the walk also gives fantastic views over the city. The Mãe de Água and Patriarchal reservoirs are also beautiful. The visits have to be booked through the Water Museum. 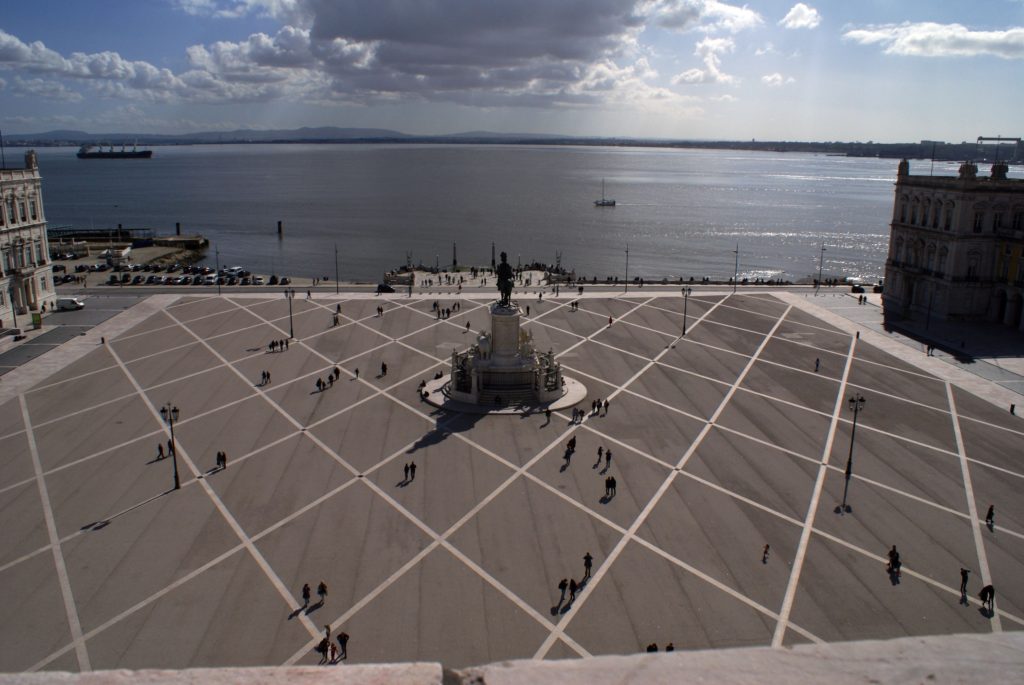 Lx Factory, an old industrial complex, left abandoned for decades, reopened in 2007 and has established itself as a “creative island.” There are architecture and design firms and stores, visual arts producers, art galleries, small crafts stores, cafes and restaurants and urban art. On Sundays there’s a crafts and second-hand market.

In Belém, don’t miss the cloisters of Jerónimos Monastery.

In the summer there are countless festivals and street activities across town. Check out EGEAC for all the information. All of the museums and exhibitions are also listed here.

Make sure you listen to Fado, but watch out for overpriced restaurants, or bad singers. Bela and Povo are safe bets.

Hoping to get beyond Lisbon? Visit Porto, check out Evora and Tomar, the Convento de Cristo, or the well-loved Alentejo and Algarve beach towns.

Filipa has Lisbon on the palm of her hand, South America under her skin, Argentina in her heart and the World in her head. She writes to tell stories and inspire travel and change. Follow her on Instagram and Twitter. She blogs at Contos Alfacinhas.