At Home in Cuba’s Casas Particulares

I remember heading in to Havana from the airport after an evening flight in. The sun was already down but balmy air whistled in through the windows as classic cars rumbled past. Bob Dylan’s “The Times They Are A-Changin’” was croaking softly out of the taxi’s radio. Considering recent media coverage of Cuba’s coming in from the cold, no song could have been more apt.

However, the times did not start a-changin’ with Obama and Castro’s handshake, with slow evolution occurring since Raúl succeeded his brother. While remaining only a tiny percentage of overall employment, private enterprise is on the up. Among the first examples of private business are casas particulares, commonly referred to as casas, houses of ordinary people with rooms for rent. With Airbnb recently extending to the former pariah state, this business looks set to skyrocket.

For those wanting to experience Cuba before it sees wholesale change, one of the best ways is to take lodgings in a casa. 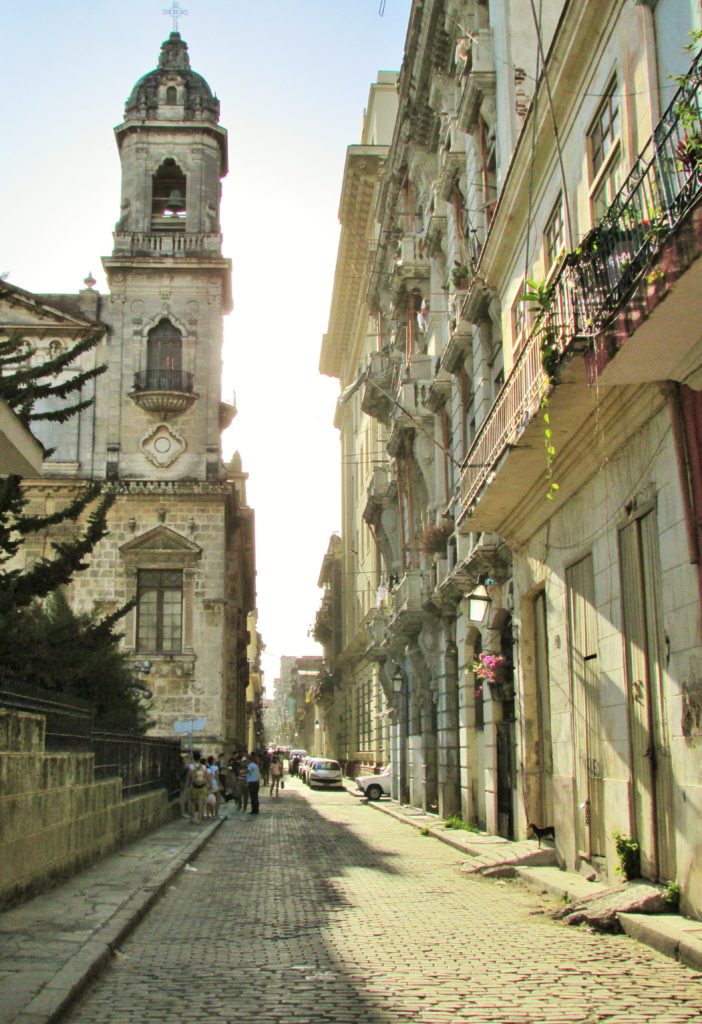 Currently, tourism in Cuba is largely geared for package visitors, making it harder to get off the tourist trail than in other places. This, coupled with the limited amount of English spoken, make it a challenging country to infiltrate, to get to the heart of.

A family home provides a unique window into the lives of ordinary people; guests are able to see how Cubans live, to eat home cooked food and to chat about the country and its people. Some hosts have a level of English or are, at least, patient with broken Spanish. Taking some lessons or independently learning the linguistic basics are highly beneficial for those hoping to learn from their hosts.

Although you will struggle to find a casa with a swimming pool, the spectrum of buildings on offer is all-encompassing, from colonial mansions to austere, communist-era apartments, and all have their own charm. Some grand old houses have become small hotels with full-time staff. Proprietors may rent, rather than own, these buildings, and popular places must garner significant incomes. While less ‘homey’, there is something special about sleeping under the chandelier of a centuries old building, among antique furniture, and breakfasting next to the courtyard’s fountain. By contrast, real enchantment can also be found in sharing a small house with an old Cuban couple, spending evenings discussing your day’s adventures over Cuba Libres in rocking chairs on the porch.

Such accommodation is easily found by wandering the streets looking for the uniform blue on white background signs or by visiting booking sites such as cubacasas.net and cubacasas.com. Often the best way of finding the nicest places to stay is by speaking to other travelers and exchanging recommendations on traveling Cuba. Owners are more than happy to show you round and will offer contact cards in case you want to book at a later date. If planning to travel the country, hosts will always be happy to call your next destination to book a room, or to recommend their contacts in other cities. You can help boost business by taking cards to distribute to casas in other areas to encourage networking.

In recent months, Airbnb has come to Cuba; it now lists a plethora of properties, many of which are casas particulares. 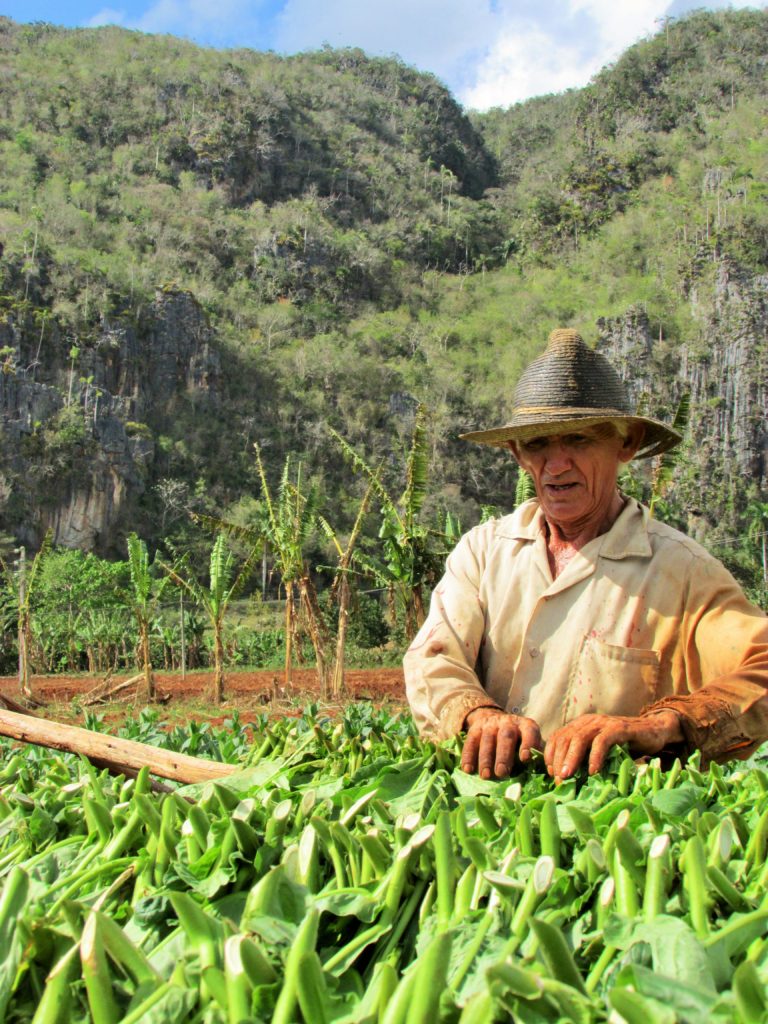 Giving back to the people

The average Cuban salary is around 20 Cuban Convertibles (CUC for short, of equivalent value to US Dollars) per month; I was told that professionals, including doctors and teachers, receive 25 – 30 CUC per month. Discussing this with one of my hosts, he recounted the story of his education and career, attending Havana University on the way to becoming an engineer. He said that, although he loved his profession, he could not provide a good life for his family in this way and, therefore, left this career to run a casa particular.

Rationing is also part of Cuban life, every family using their ration book at certain shops. Five eggs, a packet of coffee and a small bottle of oil are part of the monthly allowance; additional items can be bought elsewhere, but little is available or affordable. The same host described his struggle in buying necessities such as milk and eggs and also in accessing the, until now, virtually non-existent internet.

Lidia, my host in the tobacco-growing region of Viñales, told me that renting a room for profit has been possible for around 20 years and that she and her husband have made an income letting their two spare rooms for the past 15.

Through staying in Cuba’s Casas Particulares, and in other ways such as eating at privately run paladar restaurants, it is possible for visitors to pay cash directly to these pioneers of tourism, rather than to government-owned amenities. 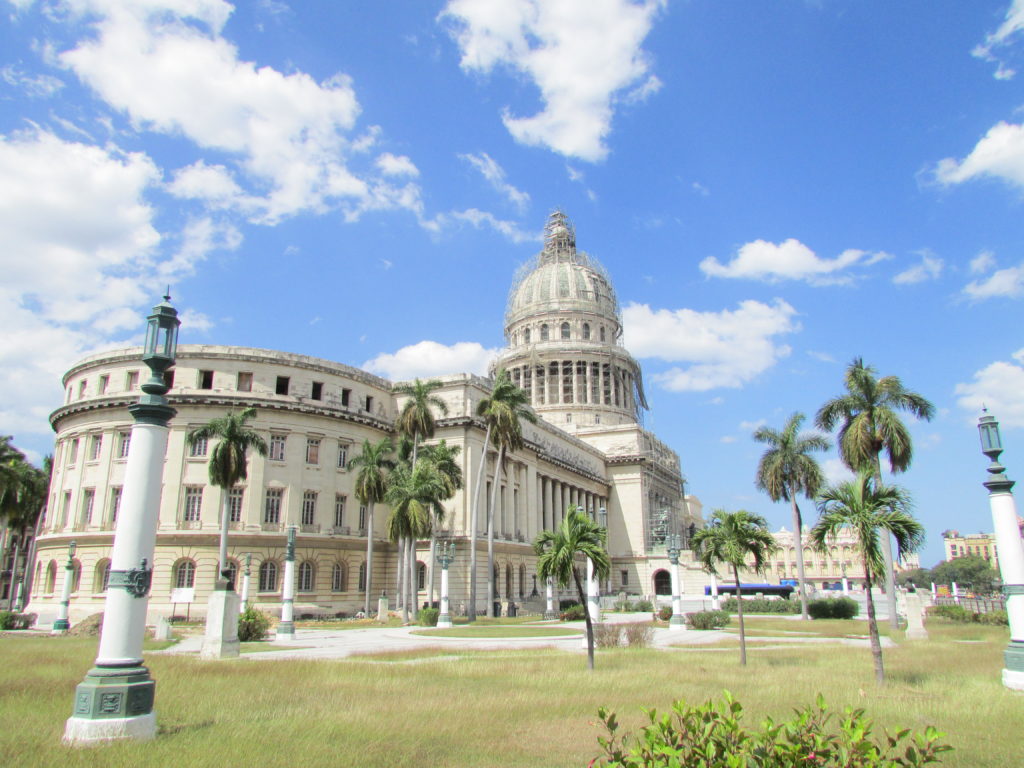 Aside from the other benefits, casas are far more budget-friendly than hotels, making it a case of pay less, get more. Many hotels fall in to the $200 – $300 per night bracket for a double room, significantly higher than casas. Those in the thick of picturesque Old Havana are typically priced around CUC 30-35 (USD $30-35), with those in other cities usually slightly cheaper. As with virtually everything else in Cuba, only cash is accepted.

Contact details can differ between places, with direct communication much easier once in the country. However, this looks set to change with increasing internet availability and bookings can also be made through foreign websites. Hosts will happily make bookings with contacts around the country if you’re planning to explore more of the country.

Casa Juan Y Margarita is now run by the late couple’s son, Eisler, who offers three rooms on Old Havana’s central Obispo street. Eisler explains that when his father ran the place, tourists panted up the narrow stairs, but were compelled to stay upon meeting his charismatic father. Neither the staircase nor the hosting has changed; conversation with Eisler made this my favorite house. Rooms are priced between 30 and 35 CUC, the higher price including a balcony overlooking vibrant Obispo street – a must.

Viñales is tobacco farming country, a land of endless greenery and sky scraping limestone peaks trodden by many a gaucho’s horse. Villa Lidia has two rooms for rent, guests sharing the house with Lidia, your soon-to-be Cuban grandma, and her twinkly-eyed husband Juan Alberto. Aside from the warm conversation and even warmer hugs, Lidia is a fantastic cook, serving delicious Cuban meals at a small extra cost. She can also help arrange tours through Viñales valley. Lidia is located at 22 Calle Rafael Trejo and can be contacted on (53) 48 696745.

Casa Yeny is a newly opened guesthouse in the sleepy village of Playa Larga, a perfect base for diving in the Bay of Pigs. Yeny and her husband Juan Carlos are excellent hosts, Juan Carlos donning the chef’s whites to whip up three course evening meals complimented by a pretty good selection of wines. Casa Yeny can be reached on (53) 45 987385 or (53) 52477999, or via email at yenyjcarlos@nauta.cu

A church-filled city of narrow streets, cobblestones and street art, colonial Camagüey is a dream for the good old-fashioned sightseer. An antique-laden, laughter-filled colonial house with enormous rooftop terrace offering views over Camagüey, Casa Dalgis Fernández Hernández is a treat of a house with a hilarious and chatty owner, Señora Dalgis. Located at 251 Independencia, Dalgis can be called on (53) 32 285732.

Hostal D’Cordero, centrally on Vidal street, is a palatial casa, with a number of high-ceilinged, grandly decorated rooms and a leafy courtyard, perfect for breakfast. Hostal D’Cordero can be contacted on (53) 42206456. 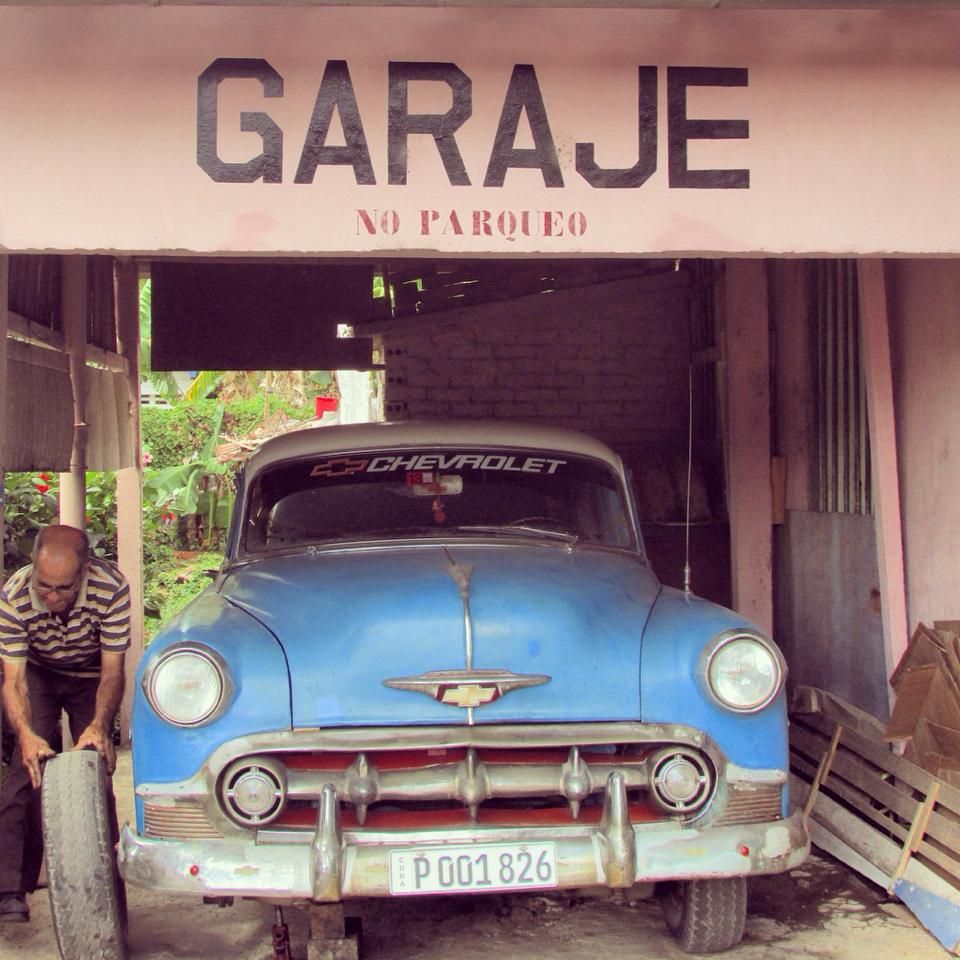 Cuba is in the midst of its greatest period of change since Che and Fidel rolled into Havana. The tropical island is coming in from the cold. Streams of melt water are flowing out from the capital as the thaw gathers pace. To visit now may be to see it in the last years of communist rule. By traveling from casa to casa, visitors can immerse themselves in this fascinating country, experiencing it at a unique juncture in time.