This month’s guest post is by Jill Zwarensteyn, an actress, and writer from Los Angeles, California who blogs at www.humortravellife.com. She’s been coming to Puerta Vallarta for the last 20 years.

I’ve had a love affair with the Mexican coastal city of Puerto Vallarta for the last 20 years. I’ve experienced it as an awkward kid, a smitten teenager, an adventurous adult, and even a local resident. I probably know Puerto Vallarta just as well as I know my hometown in Michigan or my current city of residence, Los Angeles. So allow me to share with you my best tips and knowledge that I’ve gained over the years for a genuine, local experience of my almost-hometown of Puerto Vallarta. 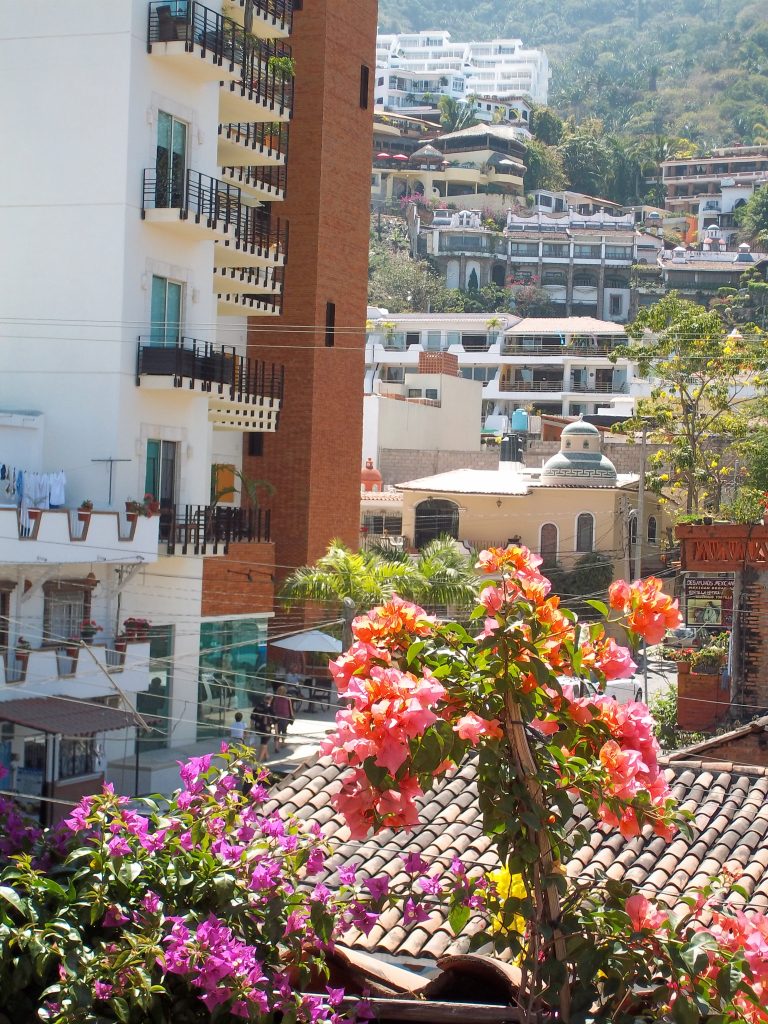 Let’s start with lodging. The best part of town to stay is Old Town, also known as the Romantic Zone. Don’t worry, you won’t get kicked out for being single. This part of Vallarta’s downtown is ideal because you can walk to everything: the beach, restaurants, bars, bus stops, shops, or even a lavanderia to have your clothes washed and dried for only about $4 if need be. Because it’s an older part of town, it also has significantly less of the modern tourism and businesses you see near the major resorts. In recent years, Airbnb has become more popular for people looking to stay right in town, and you can find condos and apartments on there for very affordable rates. There are also some really nice hotels as well. One of my favorites is called Posada de Roger, which is about 4 or 5 blocks from the beach. Not only is the hotel central and safe, but it also has a rooftop pool surrounded by gorgeous plants and flowers, where you can look out into the city. Some other hotels in town to check out are Hotel Encino and Hotel Eloisa.

In my opinion, one of the best things about visiting Mexico is the food. I live in LA and even the most authentic Mexican food here can’t compare. In Puerto Vallarta, you can get fresh, local food and it’s also super affordable. A restaurant that I fell in love with when I visited earlier this year is called El Brujo Vallarta on the street Venustiano Carranza in Old Town. They have the best shrimp fajitas I’ve ever had in my life. For a late night snack, you can get tacos and a bottle of coke over at a food stand. This is also a great way to meet locals who are also grabbing a bite to eat since a lot of people who live in town tend to stop here for food before heading home. If you’re on the beach, be sure to get some mango, however, if you really want to eat it like the locals do, have them put chili powder on top. All I will say is make sure you have some water on hand if you do. 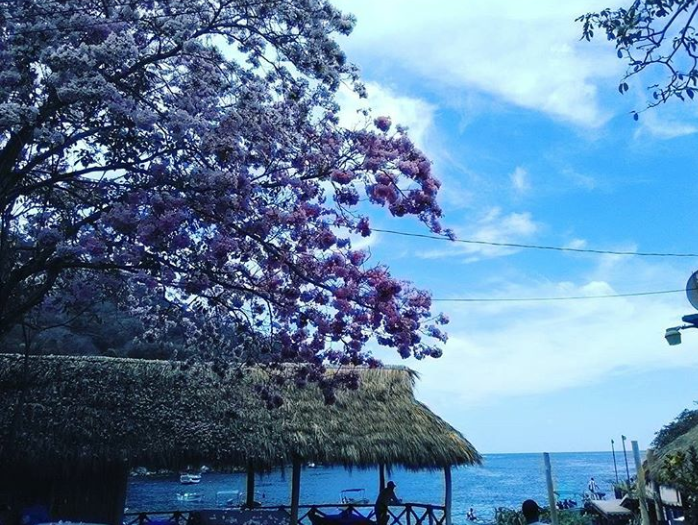 When it comes to bars and nightlife, Puerto Vallarta has literally everything for everyone. If a traditional nightclub is your vibe, hit up Mandala right on the main Malecon road in downtown. It’s an exciting, party atmosphere that goes into the wee hours of the morning, so be sure to get your nap in. Of course the nightclub scene isn’t for everyone. If you prefer some live music, you can head to La Bodeguita del Medio for salsa. A hidden gem though, is a place called Cheeky Monkey. It’s a low key bar on the second floor of a building on the Malecon downtown. At Cheeky Monkey, you get views of the city below, but more than that, you get $1 Coronas and margaritas! It’s basically Disneyland for adults on a budget. The only downside to Cheeky Monkey is that they are usually closed by about 10 pm, but they are open throughout the day though. 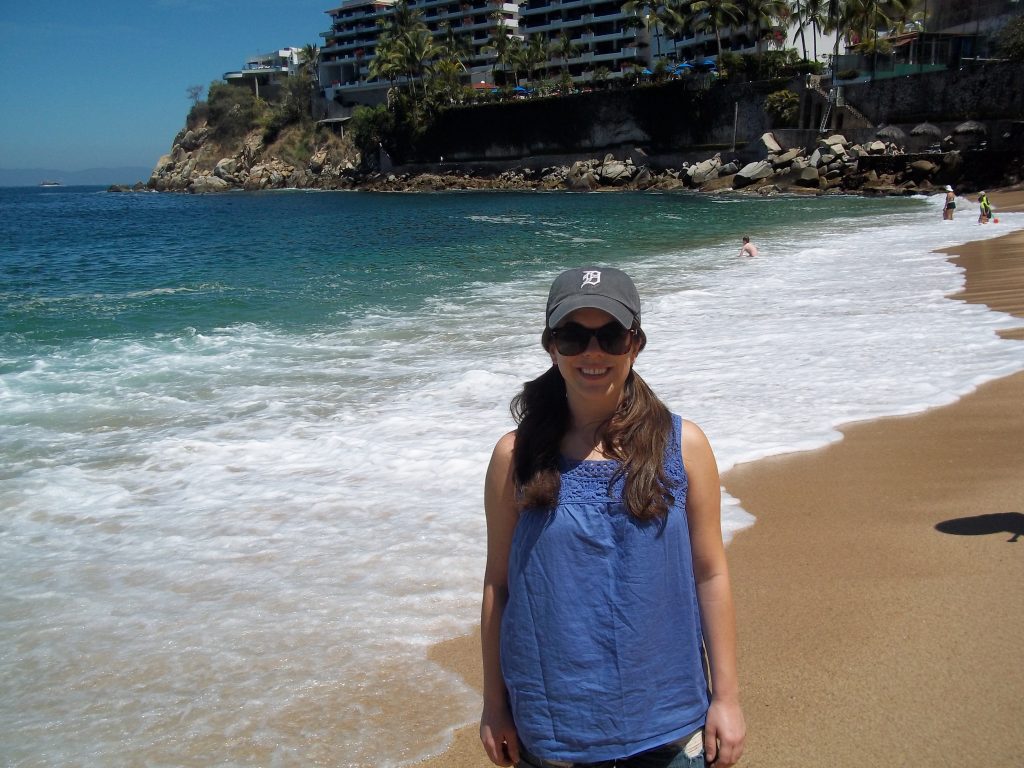 What to do in Puerto Vallarta

Vallarta has activities for everyone. For those looking to explore outside of the city, a couple of great beaches to check out are Mismaloya and Sayulita. Mismaloya is to the south and Sayulita is to the north, both of which are accessible by bus. For those looking for even more adventure check out Yelapa. This secluded beach community is only accessible by water taxi. You take a bus heading south from the city to a stop called Boca de Tomatlan. From there you pay for a water taxi ride, which is basically just a little speedboat. Here’s the thing that is an unwritten rule though: the tourists are usually charged more than the locals. Although it might feel unfair if you are getting charged more and you can certainly barter, the reality is that the people living there are making significantly less than even the most budget-focused traveler. Even if you do pay a little more, just remember you’re helping a community that will always have the friendliest smile for you but at the end of the day is also extremely poor. Once you reach Yelapa though, you can relax on the beach or hike up to a waterfall in the jungle nearby where you can then go swimming in that waterfall.

My last and probably most important advice for traveling to Puerto Vallarta is to take the initiative to meet the locals. The Mexican people are some of the most friendly in the world. To this day I still keep in touch with the friends I worked with there and catch up with the ones still in Puerto Vallarta when I’m in town. One of the benefits of travel is getting to meet people from other cultures and for me, the best part of Puerto Vallarta has always been the people I have met there. 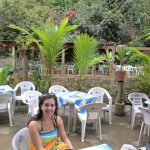 Jill Zwarensteyn is an actress and writer from Los Angeles, California. Her comedic work has been featured in The New York Times, The Daily Mail UK, Mashable, Amazon, truTV, the Cannes FilmFestival, and LaughFest. For more information on her travel adventures visit her blog at: www.humortravellife.com