Designated a national park in 2013, Pinnacles has yet to attract the attention — and crowds — of its world-famous neighbors such as Yosemite or Redwoods. Only two hours southeast of San Francisco, Pinnacles is a wonder to behold. Well-deserving of its place among America’s national parks, it’s home to some of the most spectacular nature I’ve ever had the pleasure and privilege of enjoying. 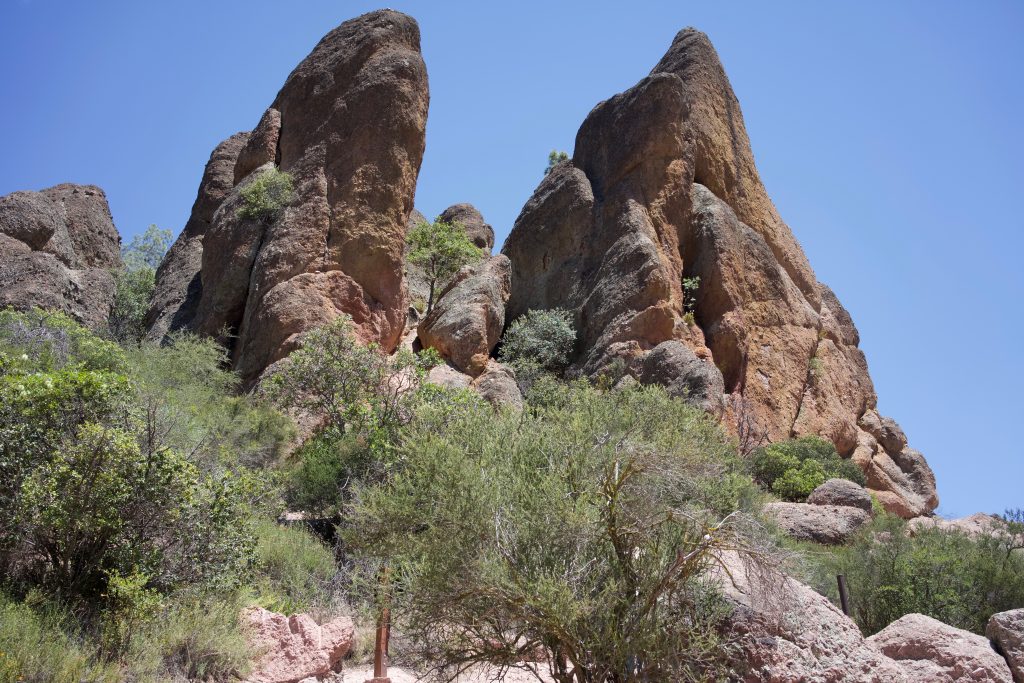 It’s a perfect day trip from the Bay area and seems to be often overlooked. Its unsung stature is a blessing. I have difficulty in describing its wondrous nature, elevated to new levels when exploring in almost total solitude. I kept marveling at how such a place could be so empty. No complaints, though. I encountered exactly seven other hikers over four hours on the trail. Also, too many lizards to count, a snake, and several swooping California Condors gliding high above. Pinnacles National Park is actually one of the only places where you can catch a glimpse of these critically endangered raptors in the wild. 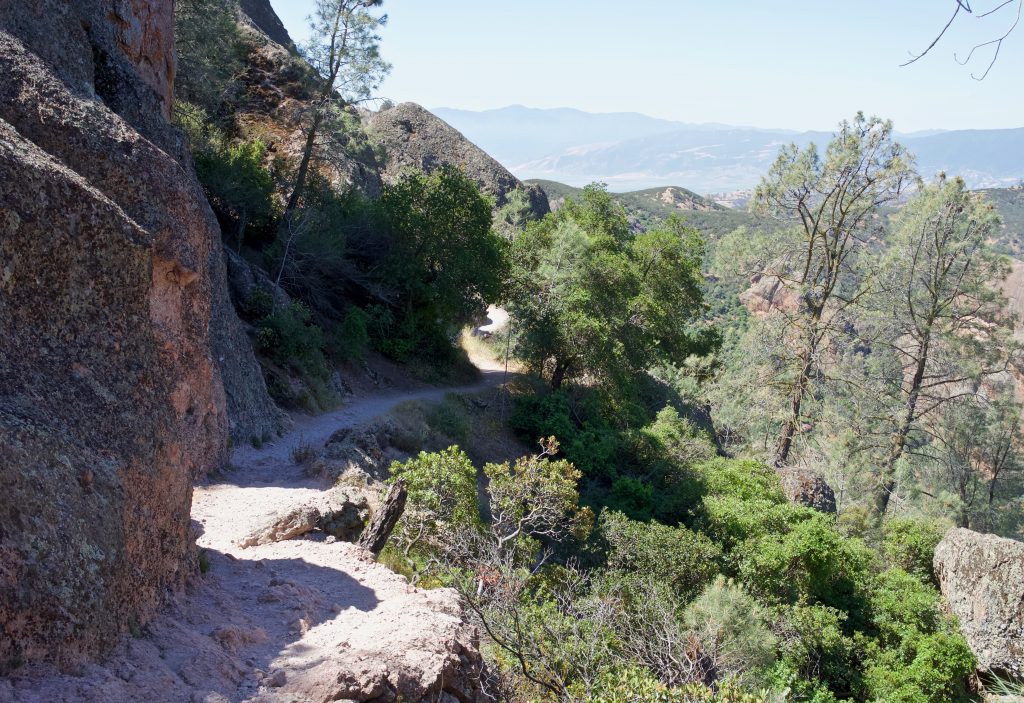 The highlights, of course, are the pinnacles themselves. They’re gigantic rock formations, leftover from an ancient volcanic eruption, strewn over the landscape. This has left behind outstanding natural heritage, including unique talus caves shaped by huge stacked boulders. Keep on eye out for the 13 species of bats that call them home. As I hiked High Peaks trail unbothered by the usual hordes found in national parks, I often stumbled as I admired the endless great outdoors. 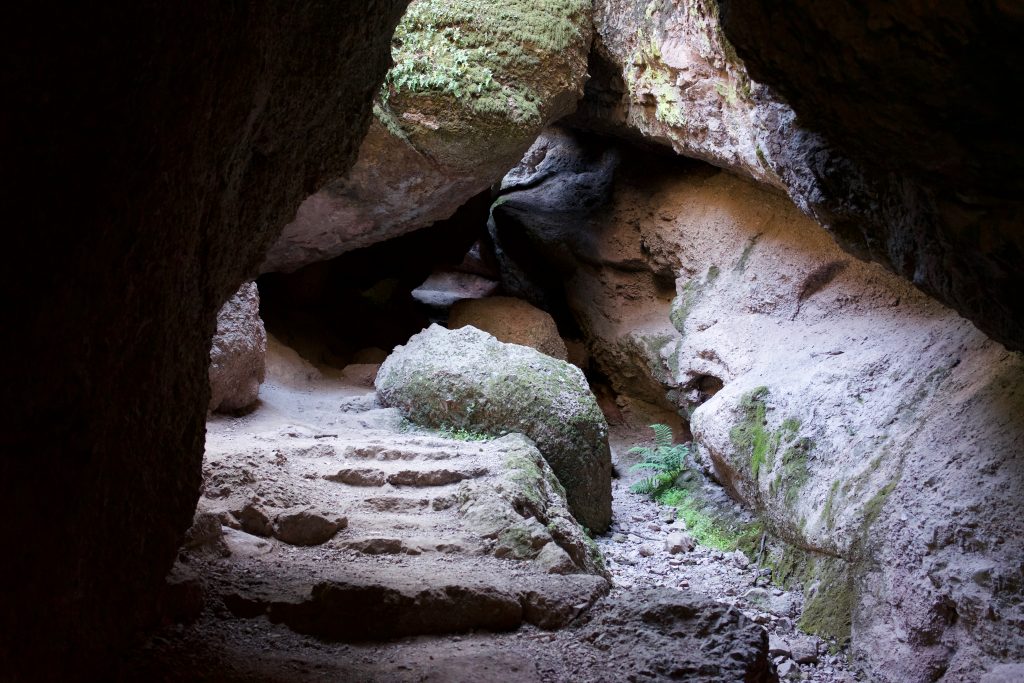 Several factors make the case for Pinnacles as one of the best national parks in the country. It’s fairly accessible, the second part of my easy trip from San Francisco being one of the prettiest drives I’ve ever taken. The place has much to offer all kinds of people. While the pinnacles offer rock climbers challenging ascents and High Peaks and Chalone Peak trails provide the most strenuous yet rewarding of hikes, short and fun walks through caves and flower-filled forests make for memorable family outings with the children. Zero crowds provide a one-on-one experience with the great outdoors, complete with all its scents and sounds. 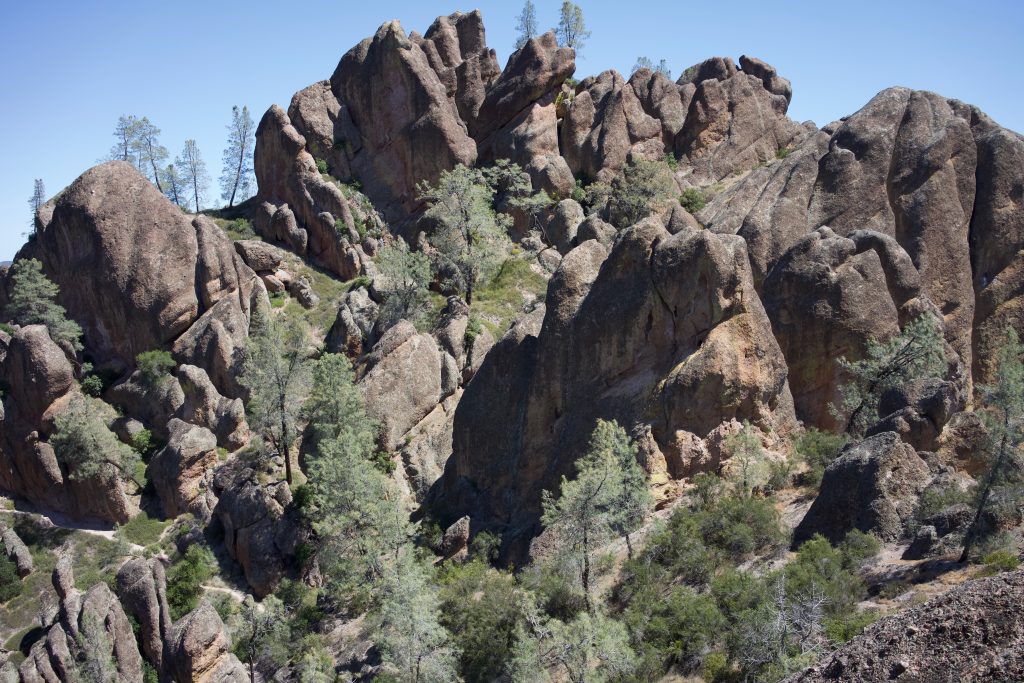 Finally, the park is no frills and no nonsense. It has just the right amount of facilities. This includes exactly one visitor center and store, one nature center, strategically-placed restrooms, one campground, and two roads that don’t lead to Walmart-sized parking lots. The rest is, well, a huge expanse of sun-bathed hills, mountains, wildflowers, rushing streams, etcetera. I felt a oneness with the natural world here, while other places can sometimes feel more like attractions. 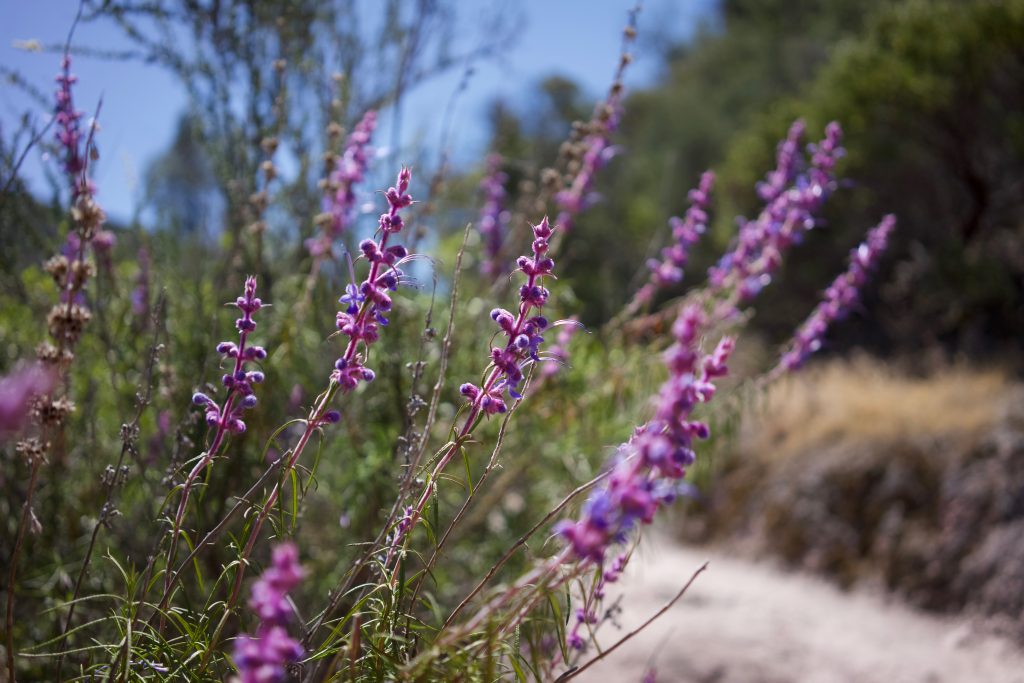 It was so neat to go from dense woodland to pointy peaks and back. This in a matter of hours, via Bear Gulch Reservoir. I felt a freshness just looking at the water here, and indulged in sprawling out for a bit to the sound of chirping birds. Spring, autumn, and even winter are definitely the best times to come, as the Mediterranean climate keeps the place sunny and warm. However, the summers are scorching. But the park is open year-round, and the short shaded hikes from Bear Gulch are perfect for a getaway anytime. 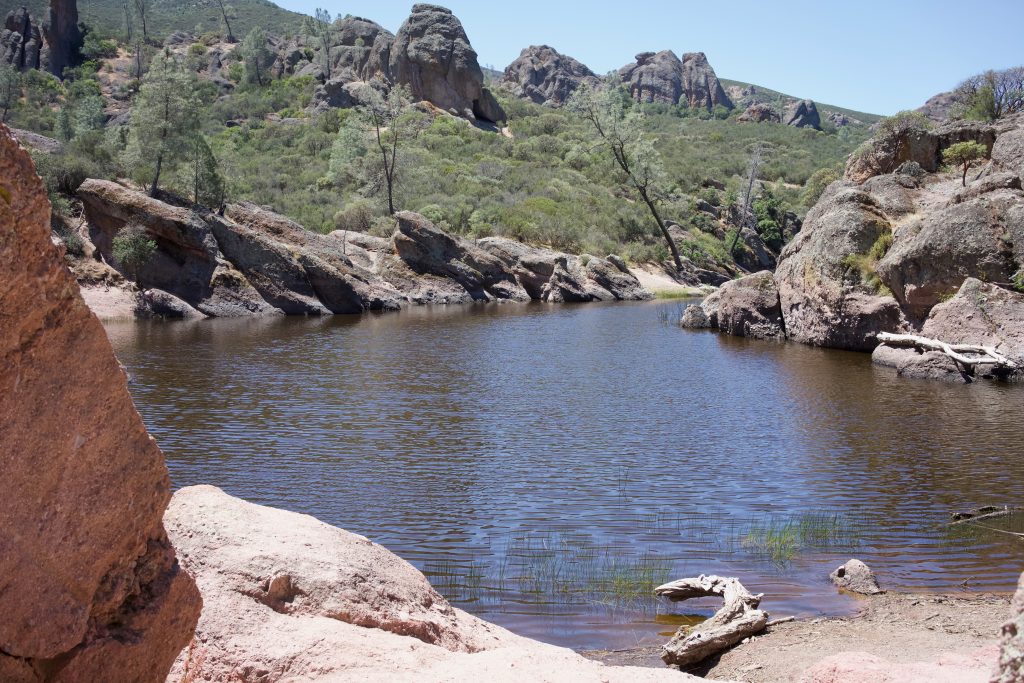 All in all, Pinnacles National Park was an incredible surprise. And it’s sure to be so for anyone who vaguely enjoys fresh air, sunshine, and nature’s wonders. An instantaneous trip, it was one of my best decisions ever, and only wish I had more time to explore. Armed with my national parks Annual Pass, I’m sure to be back. Hopefully you, too, will make it out to this hidden gem of America’s national park system. 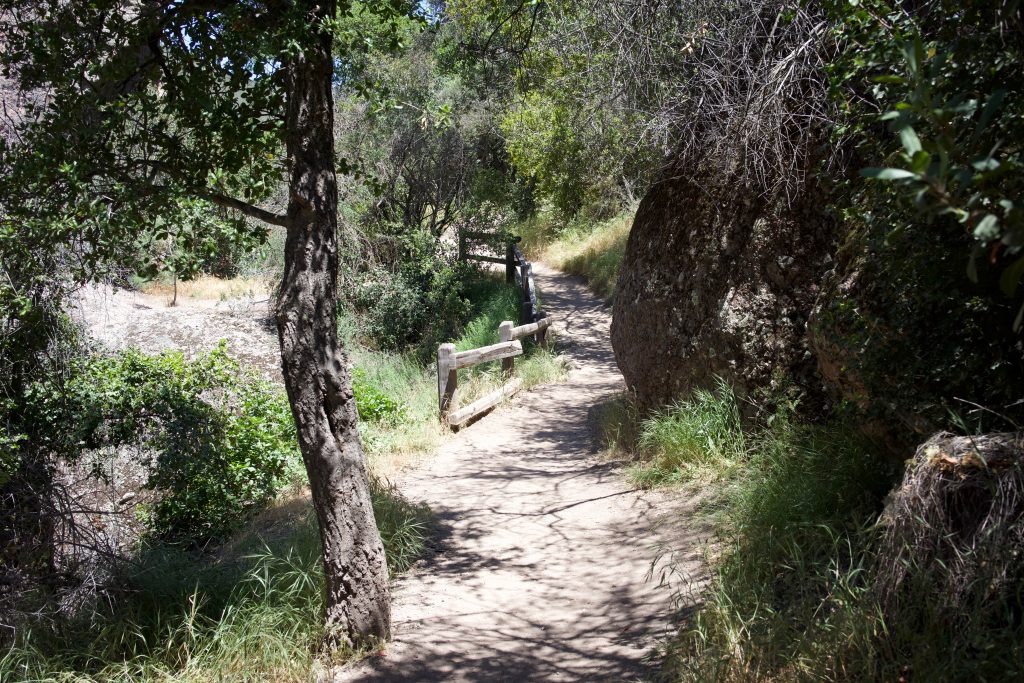