SPOTLIGHT ON: ONE DAY IN FRIBOURG, SWITZERLAND

History in a nutshell: Fribourg, given its central geographic location, like much of Switzerland, experienced a tumultuous Medieval history. The city managed well, and continued to grow after joining the Swiss Confederation in the late 1400s. It then prospered thanks to the cloth and leather industries. And after industrializing in the 19th century, it has continued to be one of the wealthiest and most livable cities in Switzerland.

Fun fact(s): The city is surrounded on three sides by the Sarine river and its jutting cliffs, making it easy to defend during the Middle Ages, and today contributing to its pleasant green atmosphere. And located up on the Swiss Plateau, the air here is always fresh. 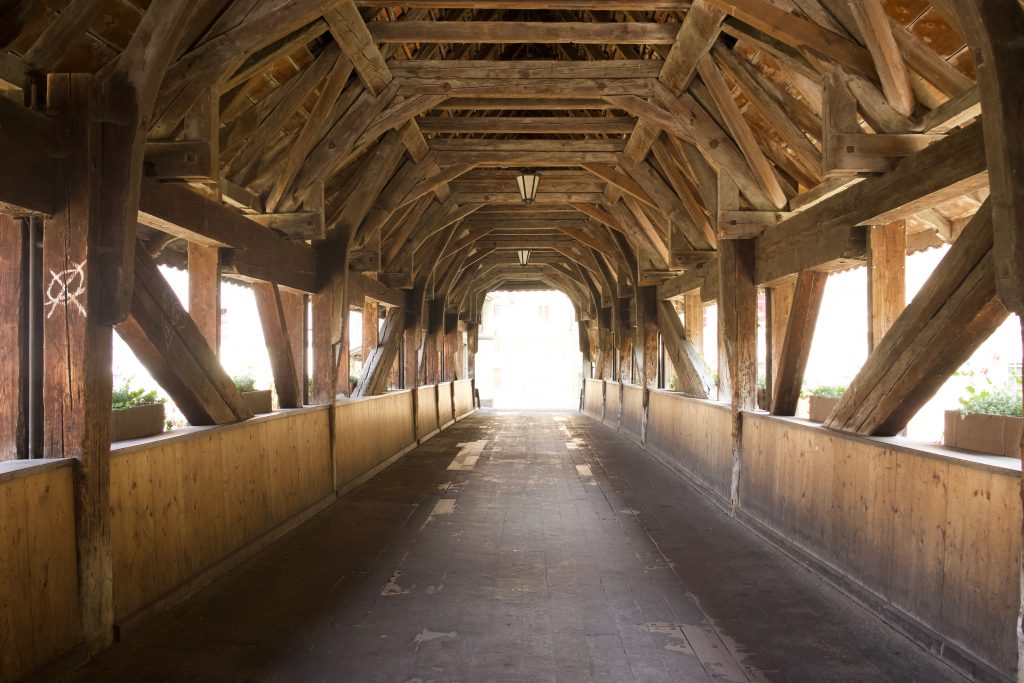 Fribourg is train accessible from surrounding Swiss cities like Bern, Geneva, and Zurich, as well as smaller cities. If flying in, the closest large airports are in Geneva and Zurich. For trains in Switzerland, use Swiss Federal Railways. Though pricier than surrounding European countries, Swiss trains are frighteningly on time. Look into special passes, too. Getting to Fribourg by car from anywhere else in Switzerland is straightforward and quick. If traveling by highway, make sure your car has a “vignette,” a year pass that replaces tolls.

Once in Fribourg, the best way of getting around is walking. The city is small and dense, making strolling about the best way to explore by far. Even in mid summer, there aren’t any crowds, so chances are you’ll have the beautiful stone city to yourself. Alternatively, use PubliBike, the city bike-share system, to move about on two wheels. Download the app before hand. 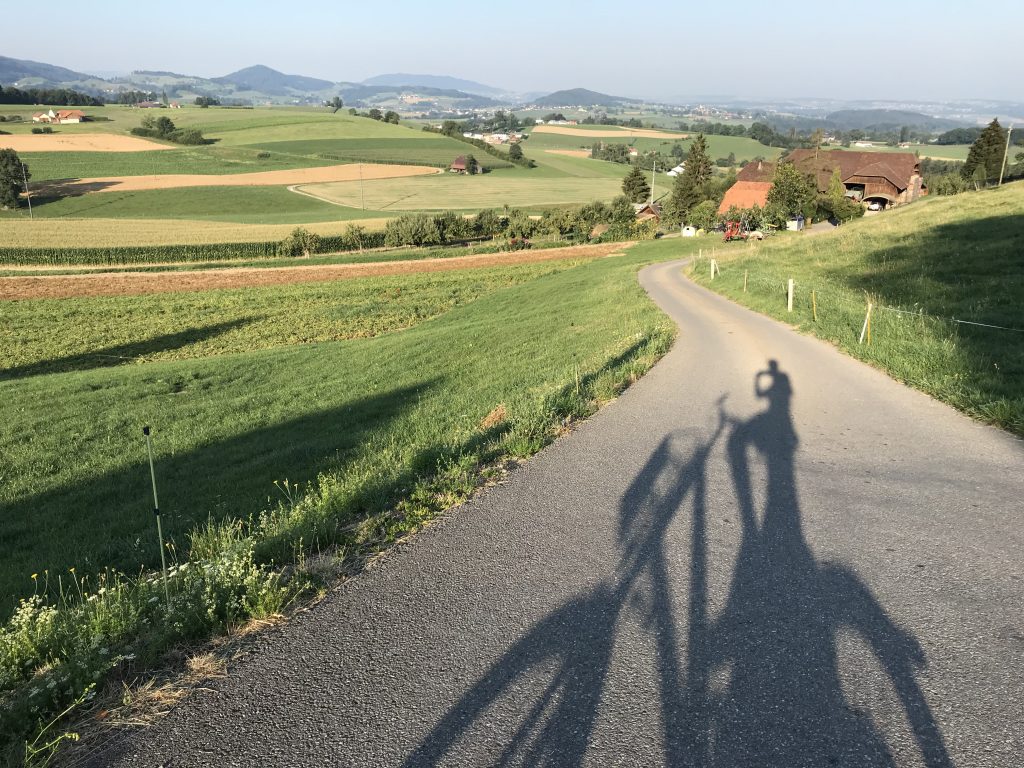 WHAT TO DO IN ONE DAY IN FRIBOURG

Fribourg is one of the best getaway cities in Europe. Beautiful architecture, nature right in the city, culture and history, and no crowds combine for a great experience. More than anything, the meandering Sarine and the cool stone make Fribourg a place of relaxation. Seeing the essentials and more in just one day is totally doable, without having to rush. 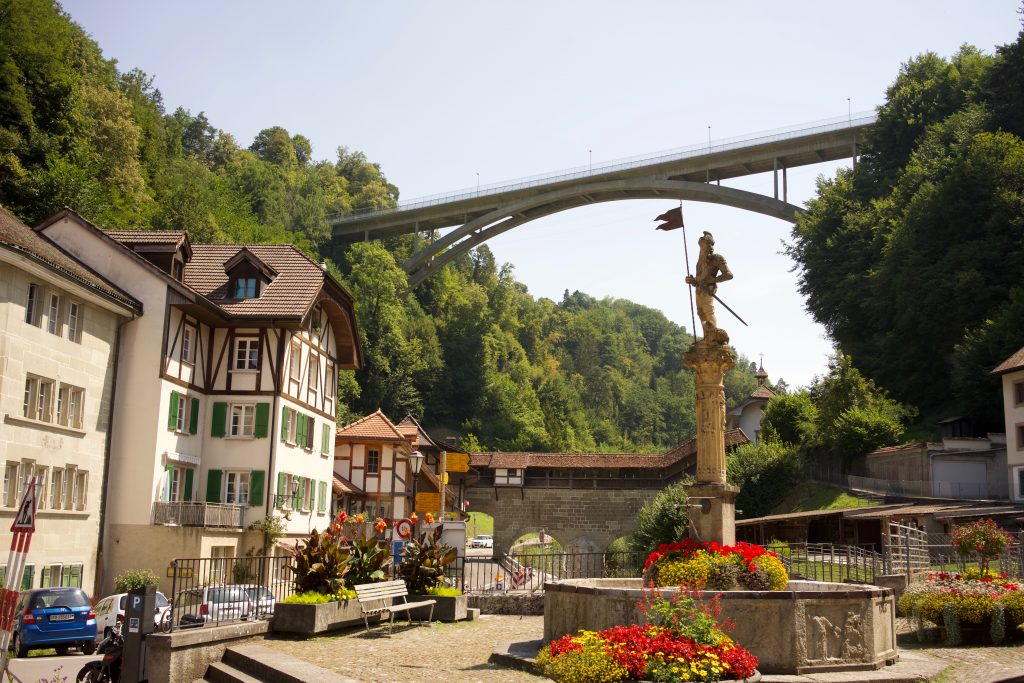 When I went, I started my day with an easy 20 mile bike ride, courtesy of the dock-less bike-share system. Unlike many cities, you don’t have to get through the boring suburb areas. Here, I was cycling through the hills of the Swiss countryside immediately. The crisp morning sunshine made the experience unforgettable. Back on the cobbled stone streets of the city center by 9:30, I had a leisurely breakfast outside on Place Notre Dame. After breakfast, climb to the top of Saint Nicolas cathedral, right across the street, for sweeping views of the city and well beyond. 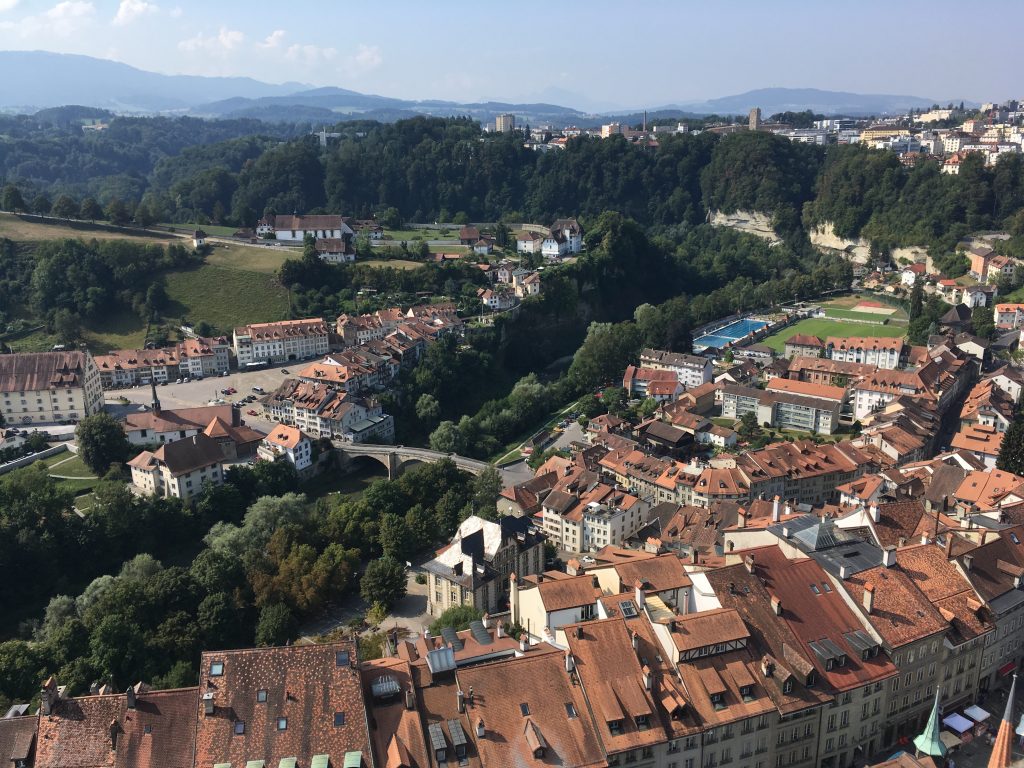 Proceed past the town hall and down the Grandes Rames to cross the Sarine via Saint Jean bridge. Of course, there’s no fixed itinerary. One of the joys of walking around in Fribourg is knowing that you can take your time with everything. There’s no running from one place to the next, snapping a photo, and running onward. Explore all the little medieval side alleys that you wish. Lie down in the cool shade of the cliffs by the river. Sip espresso accompanied by the innumerable clanging church bells. Repeat. 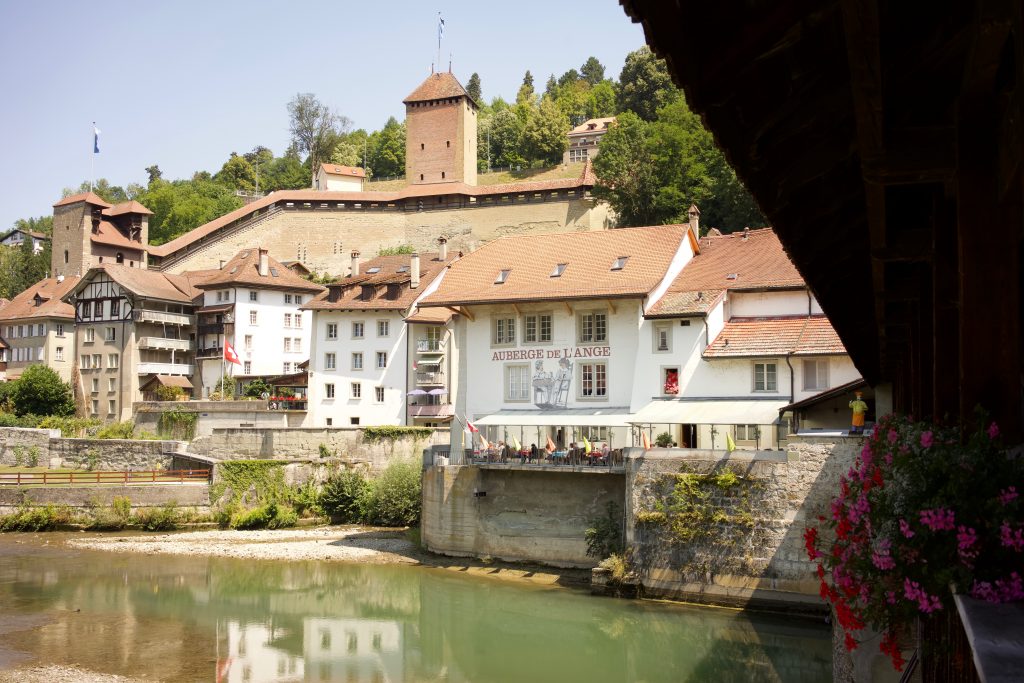 If you must get up, on this side of the river is the Abbaye de la Maigrauge, founded in 1255 and definitely worth the visit. Wander back to the old town for lunch on a square somewhere. Make sure to stop by the covered Pont de Berne bridge, too. On the museum end of things, Fribourg is well endowed. There’s the quirky Swiss Puppet Museum and also the Swiss Sewing Machine Museum. Then there’s the Gutenburg Museum, as well as the Museum of Art and History with artifacts from the Middle Ages. Finally, finish the day with a stroll up Rue de Lausanne, in the newer part of Fribourg, for dinner. 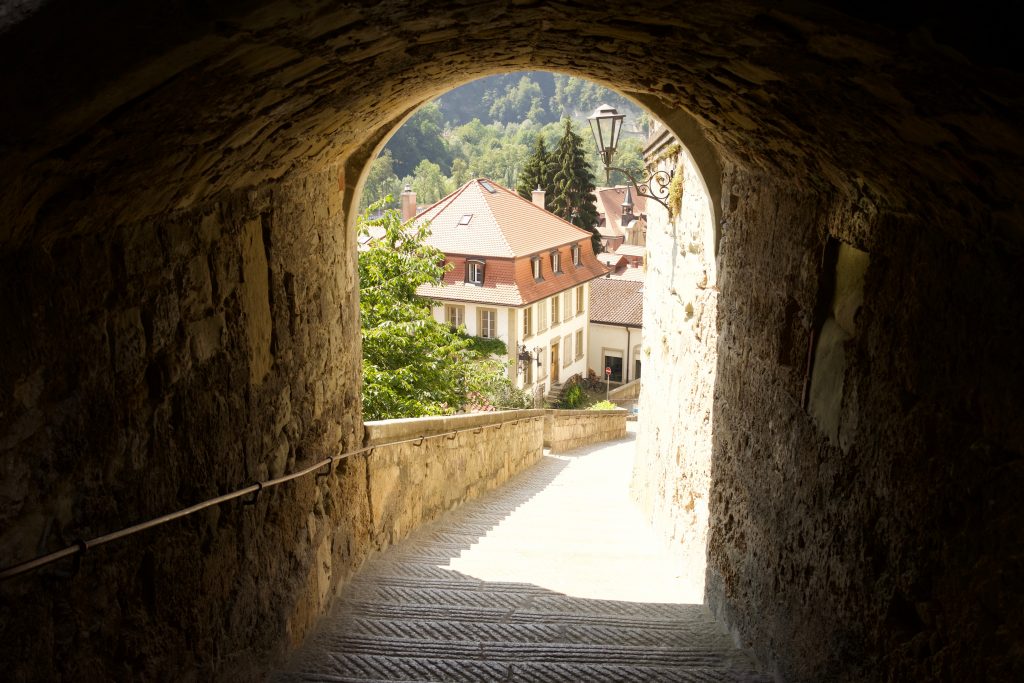 There are several interesting places to see near Fribourg. Bern, the capital of Switzerland, is a half hour drive. Neuchâtel and its lake is 45 minutes. And the Lavaux Vineyards, a UNESCO World Heritage Site on Lake Geneva, is 50 minutes. A little farther, Lausanne and its Olympic Museum is an hour away, and Geneva is an hour and 45 minutes. If going to Fribourg in winter, make sure to get some skiing in nearby. For example, iconic Gstaad is only an hour and half away.

1 thought on “What to Do in One Day in Fribourg, Switzerland”