The Naropa Festival – First Get to Ladakh

A 45-minute flight from the Indian capital city of Delhi had transported us to another world. A world whose landscapes gave new meaning to the phrase, “out of this world”. We were in Leh, an ancient city which was once part of the famed silk route. Leh is the main city in the arid cold desert that stretches across the high-altitude region of Ladakh in the state of Jammu & Kashmir in India. Rocky and desert-like terrain interspersed with glacial lakes and ringed by the snow-capped peaks of the Himalayan ranges give the region of Ladakh a beauty which at once is wild and mesmerizing. One feels literally out of breath in the Ladakh, owing to its raw and unblemished beauty, as well as the fact that you are at an altitude of at least 11,480 feet which could increase to more than 17,500 feet if you are traveling to one of the high passes.

But the virginal beauty of the landscapes of Ladakh is not the only reason to visit this wonderland, high up in the midst of the Himalayan ranges. The region is home to a unique and vibrant culture. It is home to numerous ancient monasteries that still function and spread the message of the Buddha through various cultural festivals. The cultural festivals of Ladakh are an attraction in themselves. One of the main festivals that take place in Ladakh, not very far from Leh, is the Naropa Festival.

The Naropa Festival – A Himalayan Extravaganza 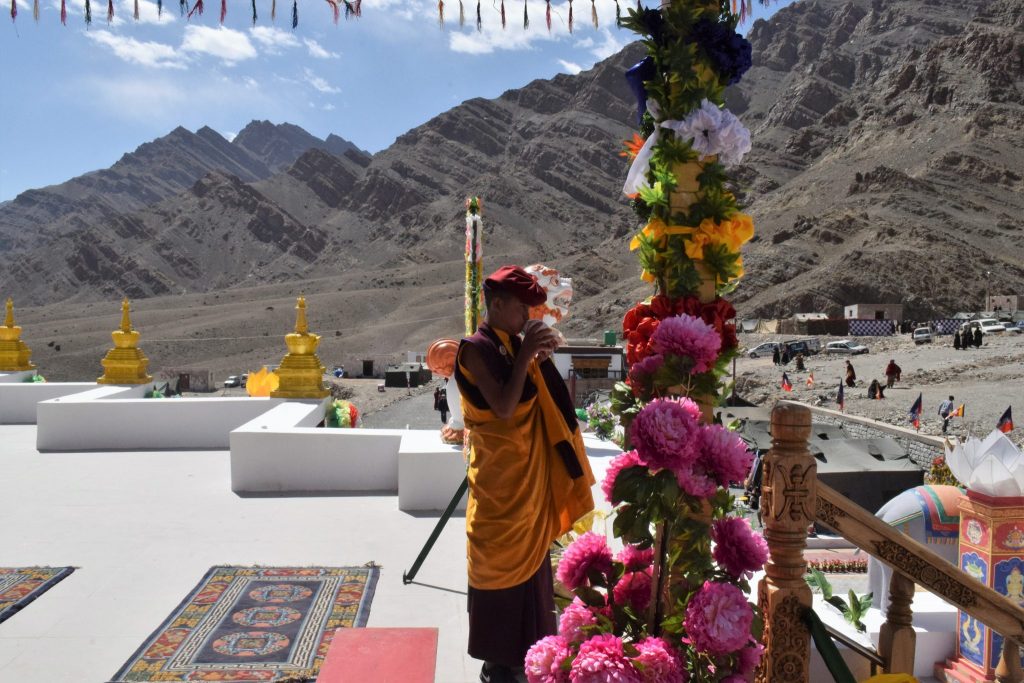 The Naropa Festival celebrates the life and teachings of an Indian mystic called Naropa, who lived more than a 1,000 years ago. Naropa practiced and preached the tenets of the Vajrayana path of Buddhism. His teachings and way of life have been handed over through a continuous line of Buddhist masters who form the Drukpa lineage and are also referred to as the “Red Hat”, sect. They are part of the Kagyu school of Tibetan Buddhism.

The Naropa Festival used to be celebrated only once in 12 years and hence was dubbed as the Kumbh Mela of the Himalayas. However, starting 2018 the authorities decided to make it an annual affair so that people need not wait for 12 long years to experience the color and vibrancy of the festival.

The Naropa Festival is essentially a festival that celebrates spirituality and humanity as per the principles of Buddhism. Hence, the 5-day long festival has spiritual discourses by the Drupka masters. One of the highlights of the festival is the public display of the ornaments that were originally worn by the master Naropa himself and are preserved till date at the ancient Hemis monastery in whose vicinity the festival is organized. The ornaments are usually worn once in 12 years during the festival by the Gyalwang Drupka who is the spiritual head of the Drukpa lineage. The ornaments then are kept for viewing by the public and are highly revered by the Buddhists who believe that the mere sight of these ornaments will help them on the path to salvation.

Another much-awaited event of the Naropa festival is the unfurling of a massive 70 feet long silk embroidery of Buddha called the “Thangka”, which normally resides at the Hemis monastery. The “Thangka” depicts the life of the Buddha in meticulous and fine detail.

What to Expect at the Naropa Festival 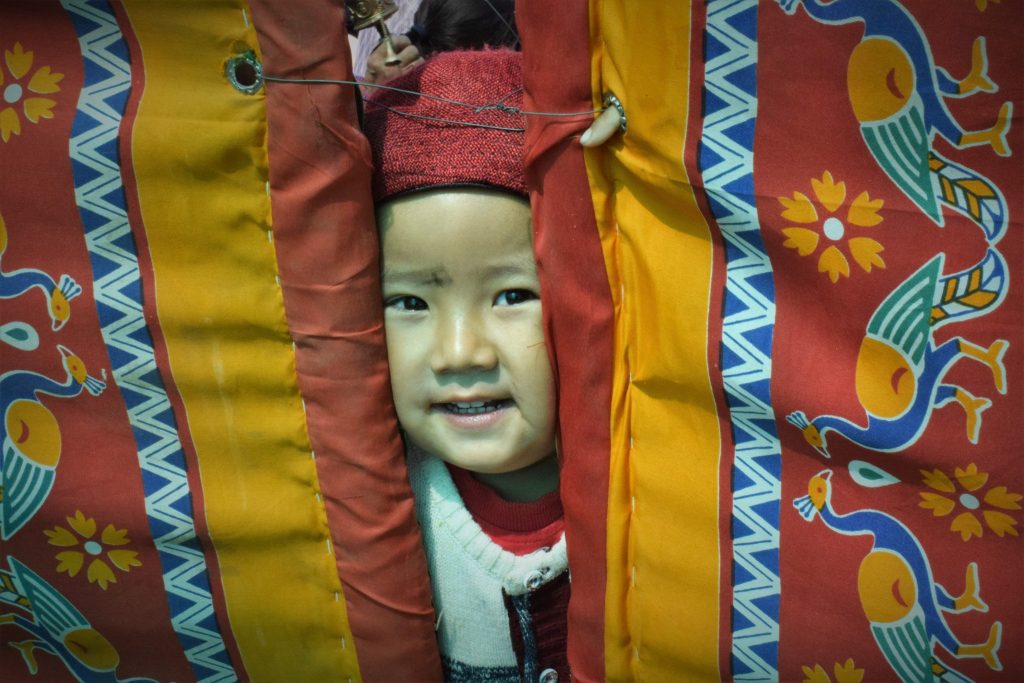 The Naropa festival is not just a celebration of spirituality, it extends much beyond that. It is a festival of dance and music. It showcases the vibrant and unique culture of the mountain region of Ladakh. It is a complete tour de force of the way of life of the people of Ladakh who smile, sing, and dance even though they live in what is probably one of the toughest terrains in the world. 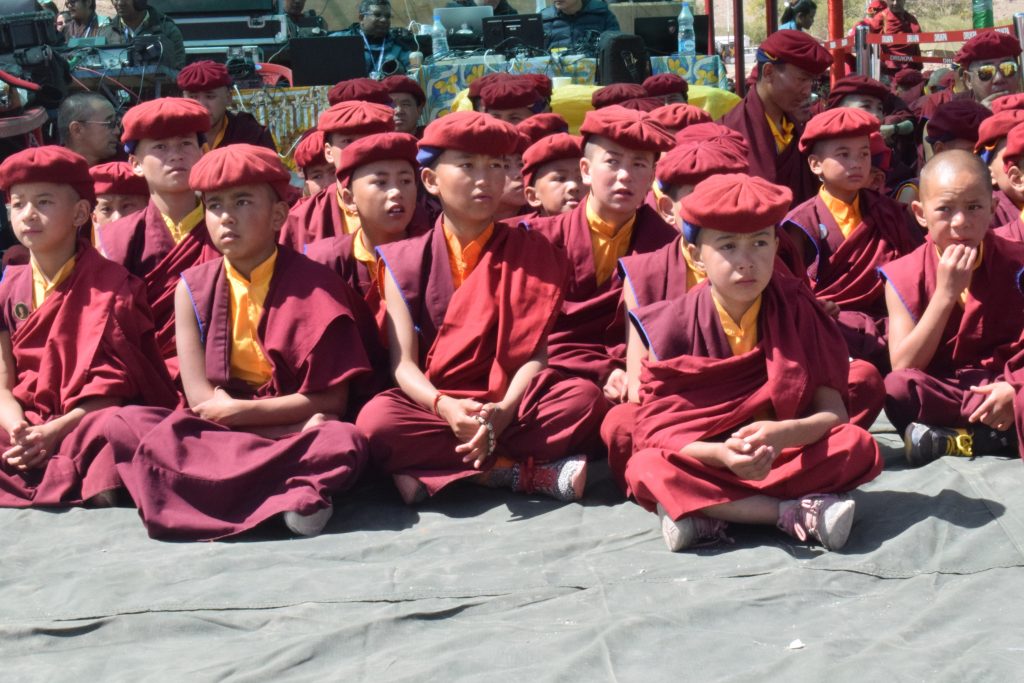 The Naropa Festival venue is a sea of maroon as monks of all sizes move around briskly clad in their red robes. One of the most beautiful moments is meeting and interacting with the novice monks who sit patiently listening to religious discourses, their eyes filled with childlike mischief and their movements full of unbridled energy. 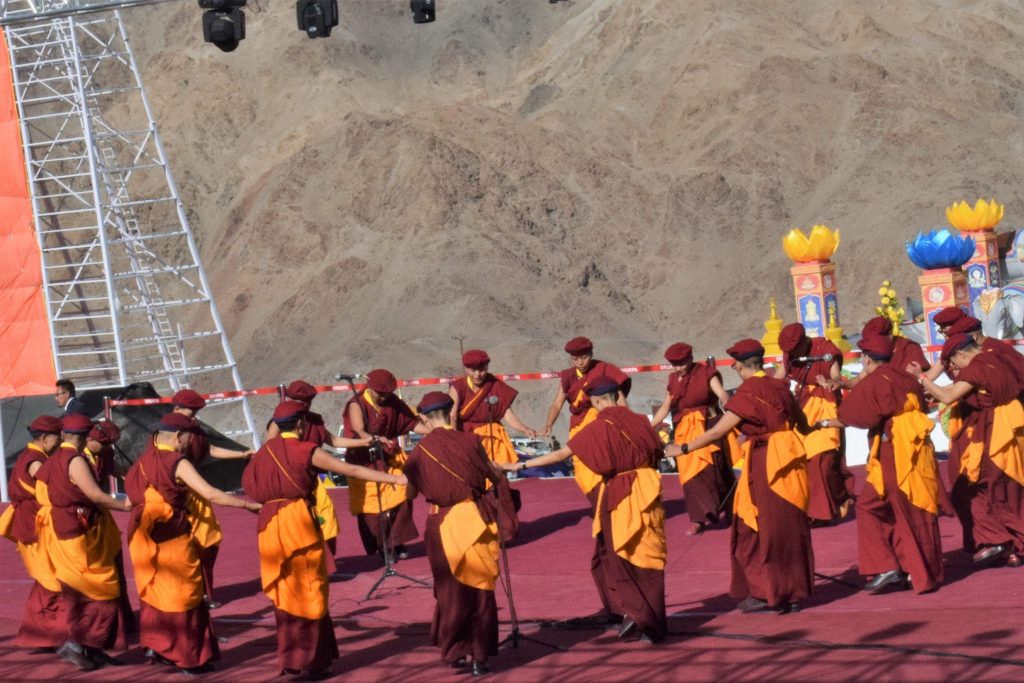 The 5-day long festival, which is held in the month of September or October, is full of cultural programmes that showcase the local dances and music as well as fashion shows. The crowd pulling shows are the ones that feature famous musicians both national and international. The mountains echo with the sounds of music and touch the core of your heart leaving you with a strange feeling of calm and untethered joy.

Places to Visit When Attending the Naropa Festival

On the sidelines of the Naropa festival, one can visit the various attractions that are in and around Leh.

One must visit the ancient Hemis monastery which is associated with the Naropa festival and has a fascinating museum that traces the history of the monastery.

This is an architectural masterpiece that is modeled on the lines of the Potala Palace in Lhasa, Tibet and is a nine-story structure.

This is a unique Tibetan Buddhist monastery on a hillock that stretches to twelve levels, it is known for a 49-foot-hight statue of Maitreya Buddha.

The Shanti Stupa is a beautiful white structure that rises to the sky in the middle of Leh. It is a place with a serene calm, offering breathtaking and panoramic views of the region.

The palace is a 17th-century structure whose ruins are visible today. It also has a monastery which is famous for the presence of a golden statue of a sitting Buddha.

How to Get To Leh

Sandy & Vyjay are a travel blogger couple who share travel stories on their blog Voyager. Travel and writing are their twin passions. They are based in Bangalore, India and travel the world in search of new travel experiences.