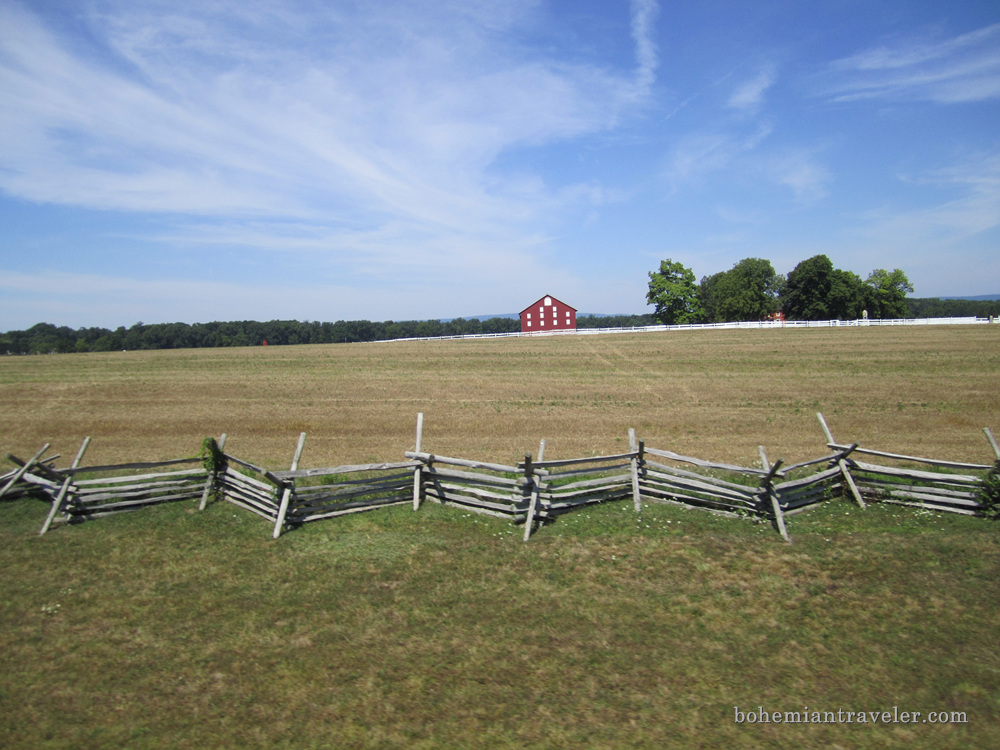 I hadn’t visited Gettysburg since I went with the Boy Scouts back in the mid 90’s. Upon returning, I set off to find out if Gettysburg could be interesting for international visitors. The fact that the results of this war changed the course of world history cannot be debated. But that doesn’t mean that visiting the Gettysburg National Military Park is interesting to foreign visitors.

What happened at Gettysburg?

Gettysburg, Pennsylvania was the three-day scene of one of the bloodiest war battles the world has ever seen, not to mention the small town’s aftermath dealing with the thousands left wounded and dying in the fields around town. The battle was the biggest of the American Civil War and a great victory for the Union forces, thus proving to be a turning point in the war. But it could have easily been a Confederate victory if it weren’t for certain strategic blunders by the Southern generals. Planning your time in Gettysburg

There’s plenty to see in Gettysburg. I recently spent two days there and reckon I could’ve stayed another. Most visitors, however, could be satisfied with two full days.

Start your tour at the Visitor’s Center. The Gettysburg National Military Park is run by the National Park Service, and the Visitor’s Center has been recently renovated. Don’t miss the outstanding video which helps give background information and explain the context of the battle in the War as well as explaining the troop movements and tactics used by the generals. Next you’ll visit the battlefields. As you drive/cycle/walk around the serene battlefields, consider this: multiply every cannon you see by six, the actual number used during the fight. Every monument you see faces the enemy. This might appear odd in some places now, where a monument faces a wood. But for the past 12 years, the park service has been securing property and transforming the battlefield to exactly the way it was in July of 1863. This means cutting down trees, re-planting orchards, etc.

Another thing to remember, one that the townsfolk like to remind us of: the streets of Gettysburg were the battlefield too, not just the open fields surrounding town.

To get an idea of how the common citizens of Gettysburg endured the battle and aftermath, head to the Shriver House, an excellent little museum that shows us the inside of the Shriver family home as it was during July 1863. The guides tell us the personal story of how these individuals survived the three days of horrific fighting. The house-cum-museum was recommended to me and I’d agree it’s one of the best in town. During the tour of the Shriver House, we were reminded of facts like the stench in town and how it lasted until November. When 70,000 horses and 160,000 men have no proper toilet facilities, that’s going to be hard on the nostrils. Not to mention the decomposition of 8,000 deceased soldiers and 5,000 dead horses. Townsfolk walked around town holding handkerchiefs with peppermint oil close to their nose.

Another quick but worthwhile stop is the David Wills House. Newly restored, it was the location where President Lincoln spent the night before giving “a few appropriate remarks”, which we know as his unforgettable Gettysburg Address.

True this was the United States Civil War, but really it is world history. How important was the outcome of this war? If the United States had become two separate countries in the 19th century, the world would undoubtedly be a very different place today. Remember, Gettysburg was the pivotal battle of the war. It changed the direction and momentum of the conflict as a whole.

Beyond the Military Park

Before leaving, check out the Eisenhower Historic Site. It’s a refreshing change of pace from all the intensive civil war-period information. And it goes along with our international theme. Who could be more international than Dwight D. Eisenhower? General of the allied forces in World War II, 34th President of the United States, and first supreme commander of NATO. He chose to retire in Gettysburg, the place where he first came for military training. Touring the Eisenhower farm is step back in time—to Mamie Eisenhower’s 1950’s and 60’s where the interior design was distinctly like my grandmother’s old house. There are plenty of other small museums around town, and numerous ghost tours on offer. Just strolling through town is also pleasant. Noted by a plaque on the facade, you’re able to see which buildings were standing during the civil war era.

Once well-connected with rail links and several roads, this was the reason Gettysburg was so desirable for the Confederate forces to capture. Today, although still well-connected by the same roads, Gettysburg remains off-the-beaten-path for most international visitors that are whizzing from New York to Philadelphia to Washington, DC. Those foreign travelers that do make it are mostly from Canada, the U.K., and Australia. 1 thought on “Gettysburg for International Visitors”