We’re out with this year’s top 10 countries to visit in 2014. Here’s where we think you should go travel! 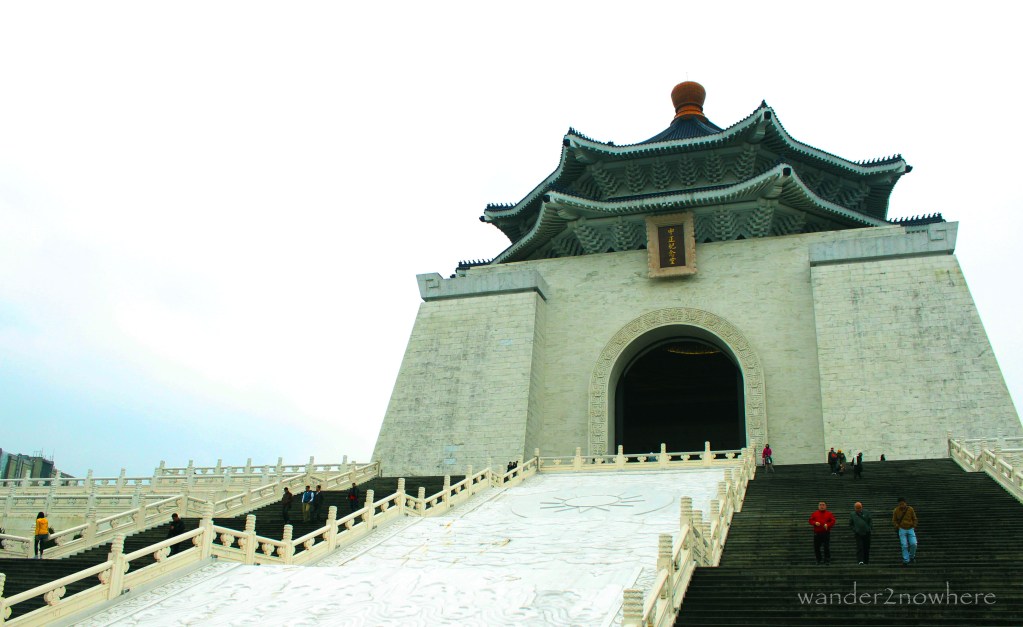 Taiwan doesn’t feature prominently in most travelers’ bucket list; many don’t know much about it. Some think that it is part of China, and others are deterred by the language barrier. But Taiwan is one of the most interesting countries in the world.

Taiwan is the best place to experience the rich and compelling Chinese culture (that was lost in China during the Cultural Revolution). Atmospheric and colorful Chinese and Taoist temples throb with activities of the faithful sit inconspicuously next the modern high-rises and apartments. This seamless blending of old and new, oriental and occidental, makes Taiwan a fascinating travel destination.

From the stunning Taroko Gorge to the dreamlike Sun Moon Lake, from jagged cliffs that rush into the Pacific ocean to white sandy beaches, Taiwan’s diverse scenery will take your breath away.

If food is your raison d’être then Taiwan is the place to be, as it offers some of the best cuisine on this side of the world. The movable feasts – the ubiquitous night markets – offer some of the best food in this island nation. Taiwanese are one of the most friendly and cultured people in Asia. Follow us this year on a tour to Taiwan! 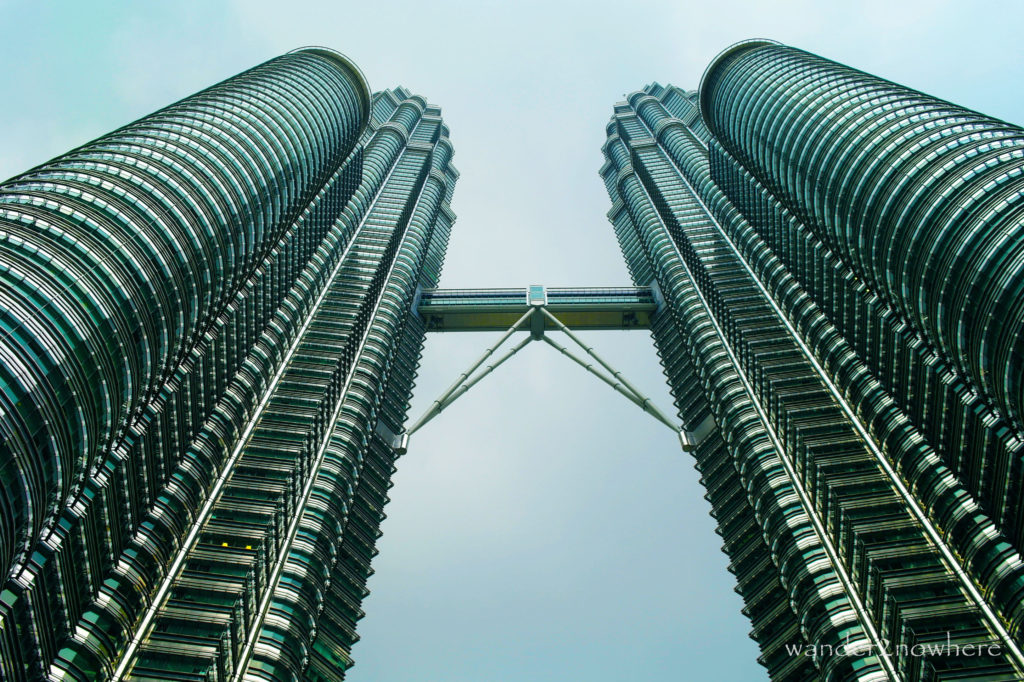 In the shadow of uber-touristy Thailand, for many years Malaysia has been trying to market itself as a tourist destination. Its hard work has finally paid off when Malaysia was listed as the 10th most-visited country by the United Nations World Tourism Organization in 2013. Thanks in no small part to being the operation base of the extremely popular AirAsia, whose network spread like a spider web across Southeast Asia.

Malaysia is popular for its incredible national parks, such as the Taman Negara National Park – one of the oldest rainforests in the world, Mulu National Park – world’s largest cave chamber. There are also world-class dive sites, like the Sipadan Islands with crystal clear water teeming with marine life.

Malaysia is one of the most culturally diverse countries in the world. And this diversity translates wonderfully in its cuisine. Masterfully manipulating local ingredients with notable Chinese and Indian influence, Malaysian food is rich in flavor and tantalizing in its diversity.

2014 is Visit Malaysia Year. What this entails is that there will be tones of events, festivals and activities being rolled out by the Tourism Malaysia to attract tourists from all over the world. With many deals up for grab, this is the perfect time to see and experience Malaysia. And as it turns out, I’m leading a couple tours through Malaysia! 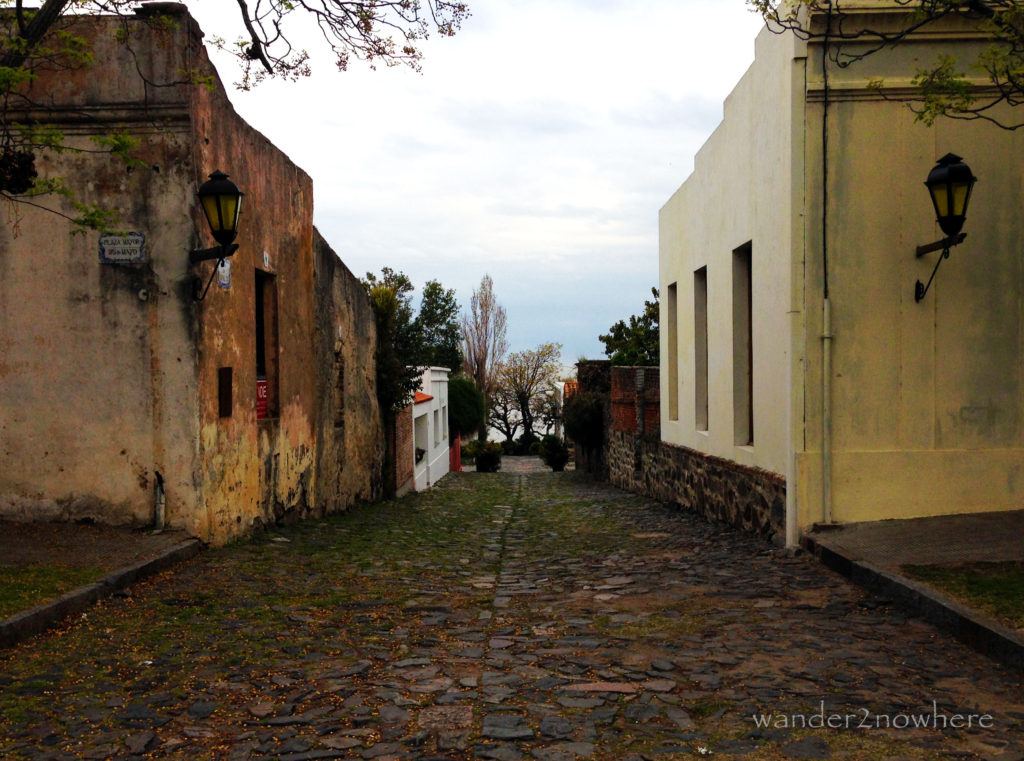 The secret is out, Uruguay is in! Though discerning travelers have been traveling to Uruguay for years, most travelers still overlook this incredible country for its bigger and more popular neighbors. But what it lacks in size, it more than makes up for in its personality and character.

Uruguayans are among the friendliest and most personable people, and their laid-back attitude towards life is contagious. Most travelers end up staying longer than initially planned for.

Montevideo may not have the buzz of Buenos Aires but it is a modern city with rich history. Colonia del Sacramento is a delightful little town with beautiful colonial architecture, cobblestone streets, and colorful houses.

The resort beach of Punta del Este offers many options for family and party seekers. And if you want to escape the crowd, head further north to the bohemian village of Punta del Diablo white sandy beach. If you really want to escape the crowd and the world, head to Cabo Polonia; this is Uruguay’s hidden gem. There is no electricity and water, but it has beautiful, quiet beaches, and a lively hippie community.

This tiny country may be on its way to becoming one of the most liberal nations on the planet. In 2013 alone, Uruguay has legalized same-sex marriage and marijuana. Uruguay’s president, Jose Mujica, is the most austere president in the world. He even donates 90% of his salary to charities that benefit poor people. 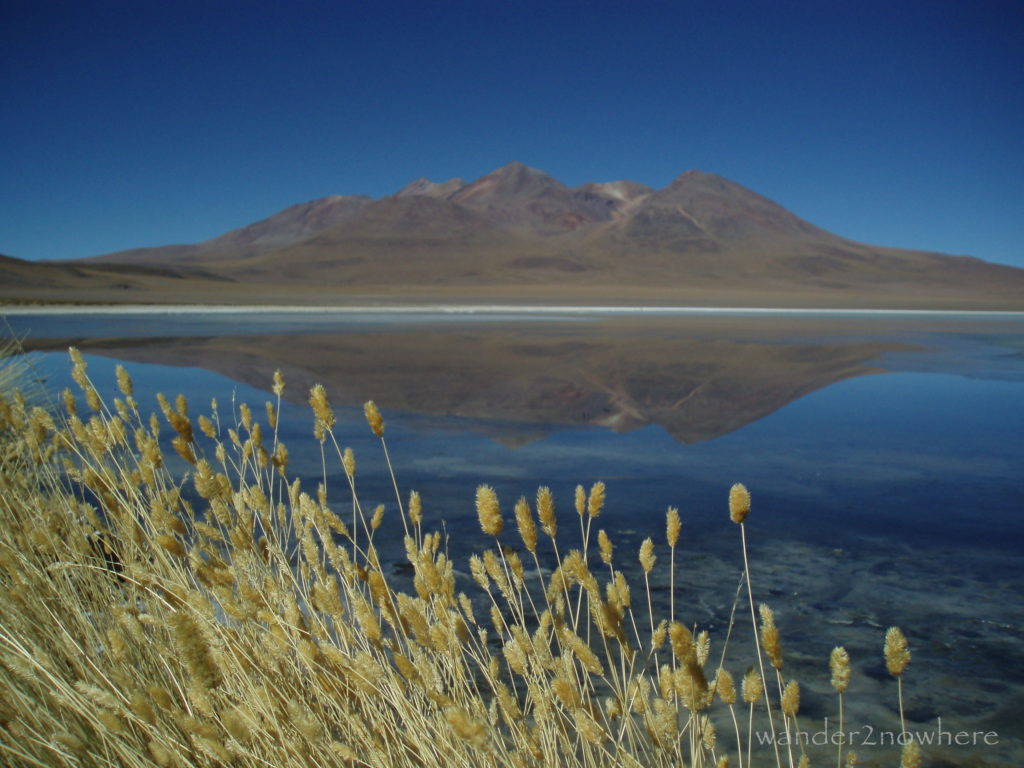 The most remote country in South America, Bolivia is a unique and wildly beautiful country. It is also the most indigenous country in the Americas, with 60% of its population being of pure Native American ancestry. This richness of various cultures translates to some of the world’s most colorful and extravagant festivals.

Bolivia has a lot to offer: The surreal Salar de Uyuni will blow your mind, while the stunning Titikaka Lake will take your breath away. And there are one-of-a-kind adventures, such as biking the world’s most dangerous road and visiting the belly of earth in the mines of Potosi, one of the highest cities in the world.

Bolivia may not be the easiest country to travel but it is still one of the cheapest countries in the world for travelers. It is easy to spend 2 or 3 months without breaking the bank. 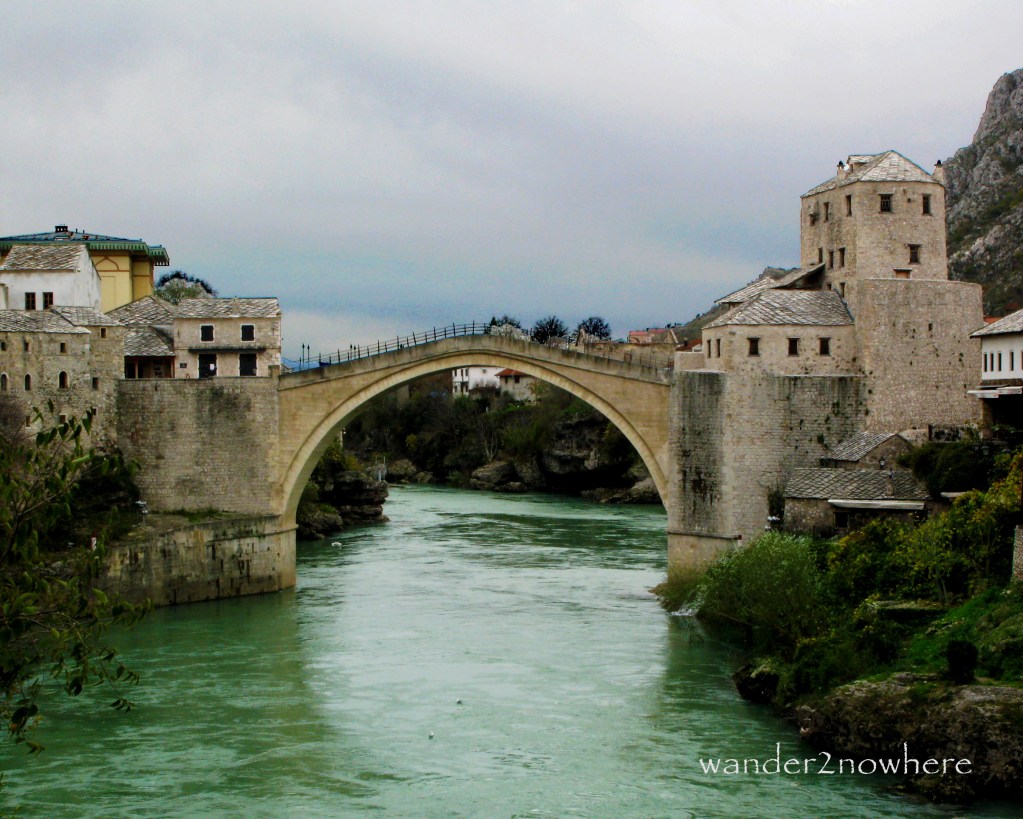 Even the most avid travelers may not have Bosnia and Herzegovina in their sights. A land rich in history and natural beauty, Bosnia and Herzegovina has seen its share of trouble. But like a phoenix rising from the ashes, this country is slowly returning to its former glory (the 1984 Winter Olympics were held in its capital city, Sarajevo).

The bulk of tourists who enter Bosnia and Herzegovina go to the small town of Medjugorje, where the Virgin Mary is reported to have first appeared to 6 children in 1981. Since then the town has become a Marian pilgrimage site for many Catholics from around the world.

But the country has a lot more to offer. The countryside boasts majestic mountains and unspoiled forests where foxes, wolves, and lynxes roam freely. It also has a small coastline on the Mediterranean Sea.

Sarajevo is a modern city with an old soul. Wandering through the Ottoman quarter will bring you back in time. But outside the city center, Sarajevo has all the modern conveniences like any city in Europe. Mostar still maintains its medieval feel, and wandering its streets you can see the Ottoman influence. The Mostar bridge ‘Stari Most’ is the symbol of the city. A yearly festival held there sees brave young men jump from the bridge into the icy water below. 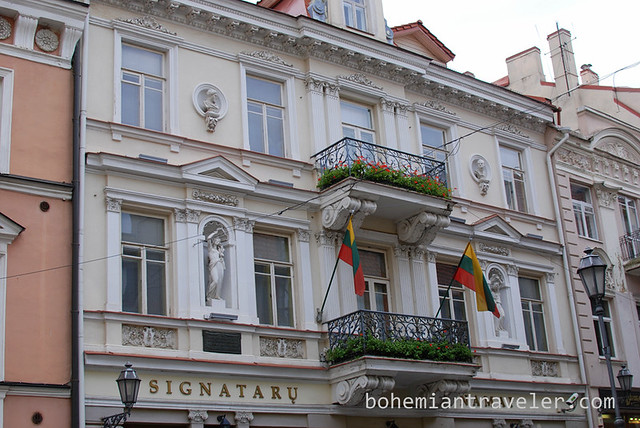 Lithuania is not the kind of country for ticking off sights. It’s the type of place to meet the people, experience the culture, and enjoy raw nature in Europe. Start in Lithuania’s capital: Vilnius. A city of about a half-million, Vilnius has a gorgeous World-Heritage-declared old town, with fine examples of Europe’s greatest styles of architecture. Its citizens are a proud bunch, but very modest. The city is a good value for travelers, offering a good taste of local food and beer at reasonable prices. Bohemian types will want to poke around Užupis, know as the Republic of Užupis. Located on the other side of the river, it’s an independent-minded stronghold, home to hundreds of artists.

Although small today, Lithuania was once the largest nation in Europe. When I return to Lithuania, I’m making a point to visit the countryside. Sand dunes and pine forests cover the 100-km-long Curonian Spit Peninsula, jutting out into the Baltic Sea. The lakes and dense forests are also popular for Lithuanians to enjoy nature in all seasons. The best part about visiting Lithuania is that you’ll be a pioneer of tourism there–it’s virtually unknown amongst foreign travelers.

I had the opportunity of a lifetime to visit Bhutan last year. Long shrouded in mystery, the first road into this mountainous land-locked country was built only in 1962. Today, still steeped in tradition, Bhutan in modernizing. Buddhist culture still dominates the Bhutanese psyche and the chili pepper dominates it’s cuisine. Mountains shape this country and roads are still winding and slow going. Archery is the national pastime and traditional dress is worn every day.

Traveling to Bhutan isn’t as elusive or expensive as many people think. The mandatory visa is actually a daily tariff, a percentage of which goes directly towards social programs. All tourists are required to join an organized tour, but many operators are willing to personalize the experience. Read more about the Bhutan Visa policy. And if you’re looking to save money, go during the off-season (winter or summer), or travel with us! 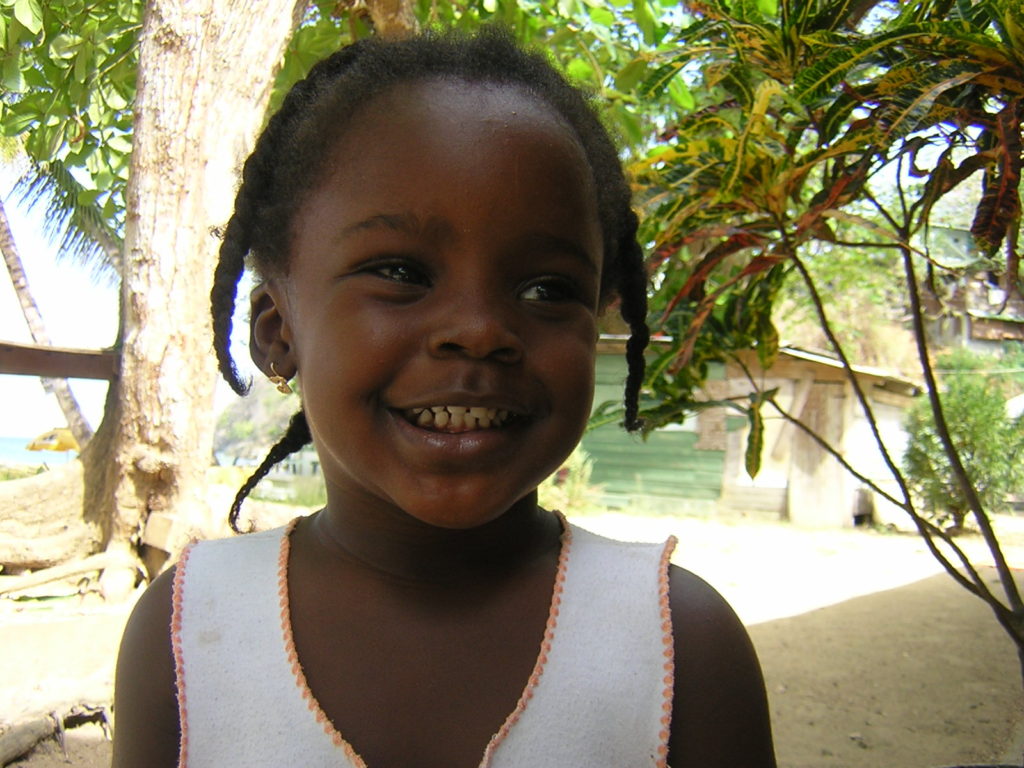 Due to generous resource deposits, Trinidad never had the need to develop its tourism industry. What you’re left with is a genuine and raw country– not one with artificial hospitality. Go to the smaller, more laid-back Tobago, for beach villages. Stay in Trinidad to party with the locals, listen to some great homegrown music, sample some great fusion foods, and experience the mix of cultures that make up modern Trinidad. 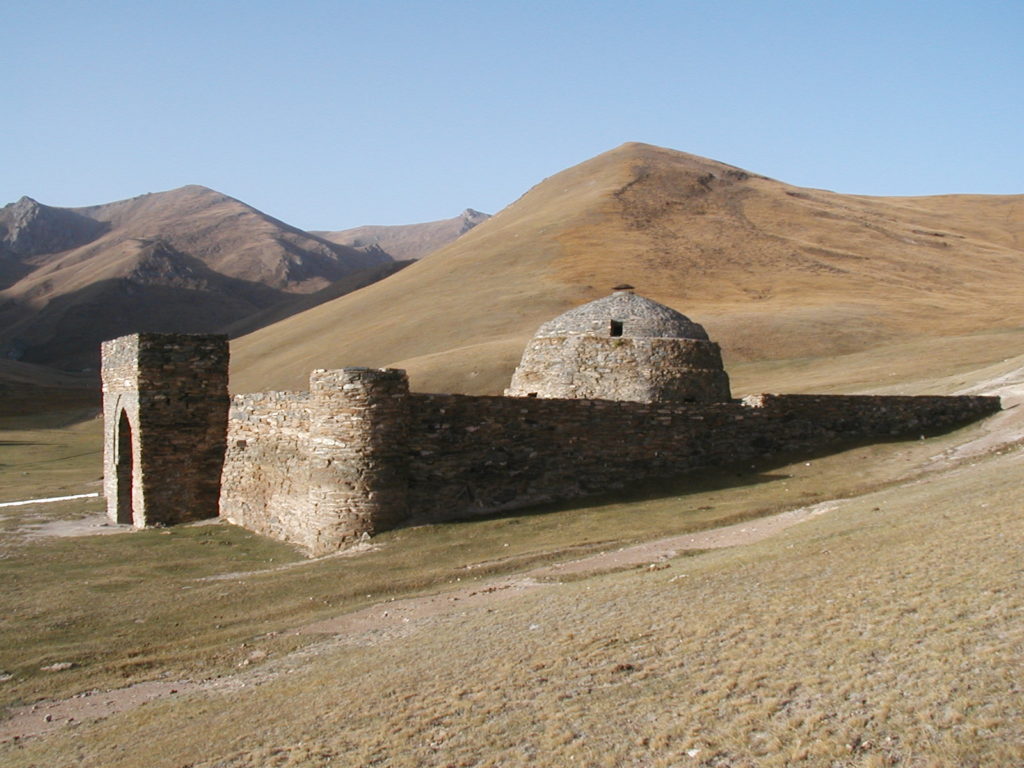 In the past few years, Kyrgyzstan has been opening up more to tourism, but still remains an adventurous destination. The welcoming and curious Kyrgyz people make visiting a pleasure. If you visit in the warmer months, a trip to the jalioo, or pasture, is a quintessential Kyrgyz experience. There’s horseback riding, sleeping in yurts, hiking, hot springs, great lakes, and old remnants from the days of the silk road. Anyone looking for local culture and outdoor activities will love Kyrgyzstan.

Although Bishkek makes a very pleasant first stop, make sure you get out to see the rest of the country. If you need more ideas, read 8 Reasons to Visit Kyrgyzstan. 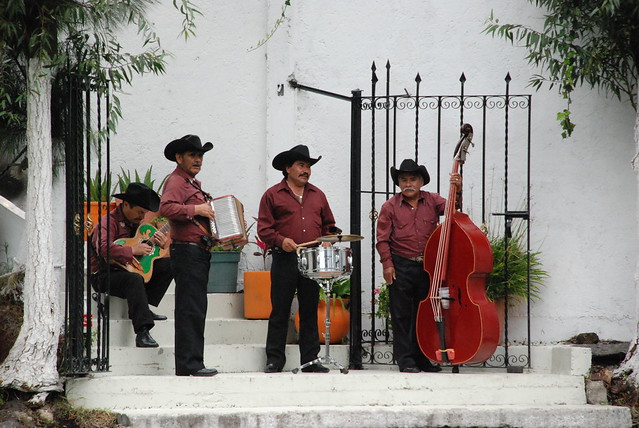 What I like most about Mexico is the diversity and rich culture that it offers travelers. From its traditional cultures to dramatic landscapes to some of the most extraordinary archaeological sights in the New World. You’ve got ancient cities buried in the rainforests of the Yucatan, the natural wonder of the cenotes, the deserts of the north, one of the largest canyons in the world, cultural hot spots like Oaxaca, and some of the most chilled-out beaches and surf spots. Food is a highlight, so give yourself an opportunity to explore the food scene. Mexican food is the hardest food in the world, in my opinion, to reproduce outside of Mexico. So if you want the real deal, have it here.

Despite some tourists avoidance of the mega-city Mexico city, it is actually one of the country’s highlights. Stunning architecture, hip neighborhoods, and a historic downtown you could mistake for Europe. Guadalajara is another obvious choice with its rich Jalisco history and culture. Don’t miss Guanajuato–what I call the most European-looking city in the new world (on par with Quebec City!) Including ancient Mayan sights, wildlife viewing, adventure sports, and relaxed beach villages like San Blas, you could easily fill up a few weeks of dynamic travels. One last concern: Is Mexico Safe? Most heavy violence is drug gang-related and exclusive to the north. If you do your research and travel with precaution, Mexico is still a safe place for foreign tourists.

This year’s 2014 list was compiled by Noel Lau and Stephen Bugno.