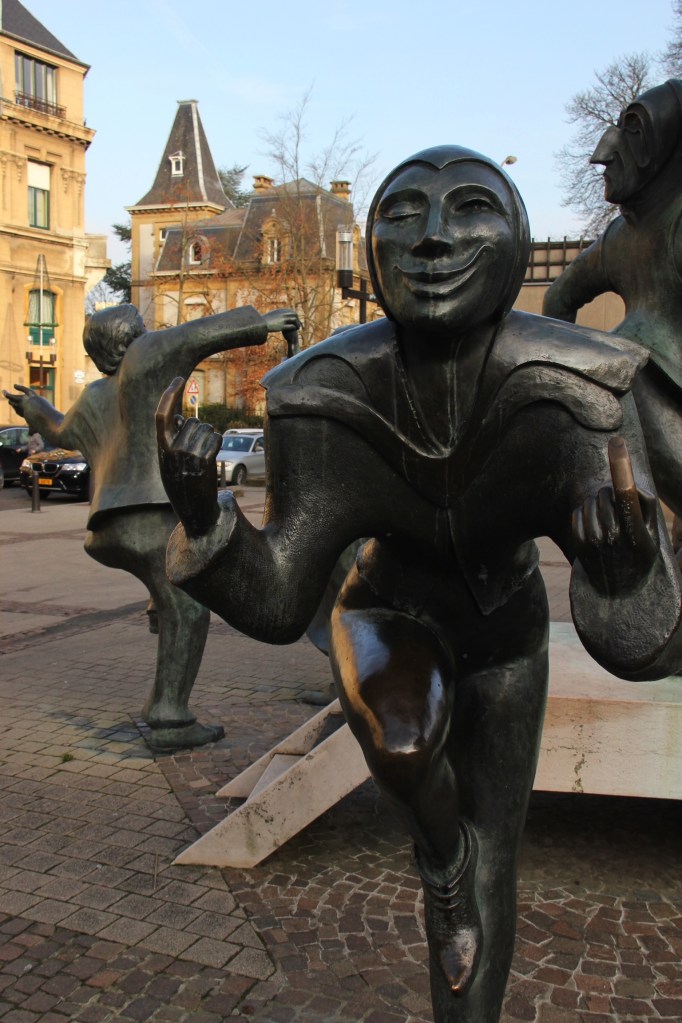 Their ads are mostly French; their radio mostly Luxembourgish; they all casually know German. Even the just name “Luxembourg” sounds like a conglomeration of other words smushed together: luxurious, emboldened, smorgasbord. (All of which, strangely, are perfect descriptors of this tiny European nation.) Needless to say, on top of that, everyone speaks English, and you’ll find a decent number of people who speak Dutch or Spanish also. The huge expat community means Luxembourg is thoroughly multicultural in a modern sense, while its history is rooted in feudal diverse Europe’s past. 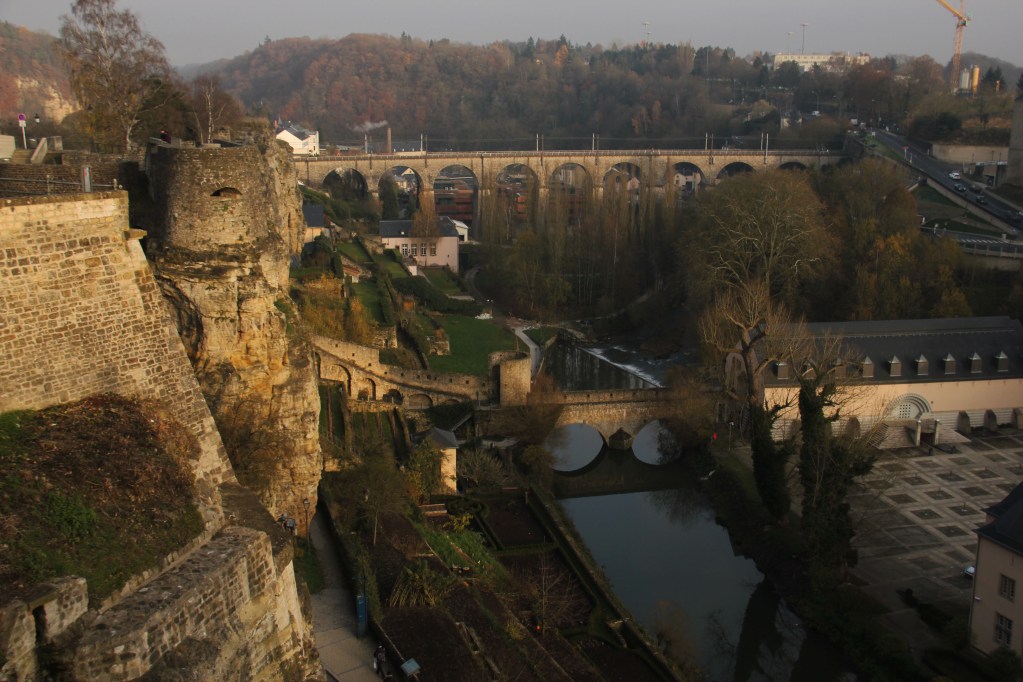 2. Luxembourg’s Old City is One of Europe’s Finest

Contrary to what some believe, Luxembourg the Country is more than just Luxembourg the City (locally called “The City”), but The City alone is worth a day at least. Built above and between precarious cliffs and huge swooping valleys, everything bends and flies: massive arches support stone bridges over gaping valleys connected by roads that curve along mountain ridges; the hazy sight of cathedral and castle spires are everywhere in the distance and below, defining a horizon otherwise lined with a dense collection of pine and fir. The strung-up holiday lights adorning the stone alleyways, grandiose town squares and impeccably clean government buildings feel like a proper modernization of their 1,000-year-old castle ruins popping out the side of a cliff. It is, without question, one of the most beautifully dramatic urbanized parts of the world.

3. It’s Not as Expensive as You Think

Like all tiny and wealthy European countries, Luxembourg has a reputation for being pricey. Not totally true. Eating in the Old City will cost heftily, but everything else is on par with the rest of Western Europe: hostels run just over 20 euros per night, groceries are affordable, a cup of coffee outside The City won’t be more than two Euros, and the mass import of German beer gives drinkers a good variety to choose from. Plan to picnic a bit in the country’s rural outskirts or smaller towns and you can save loads. 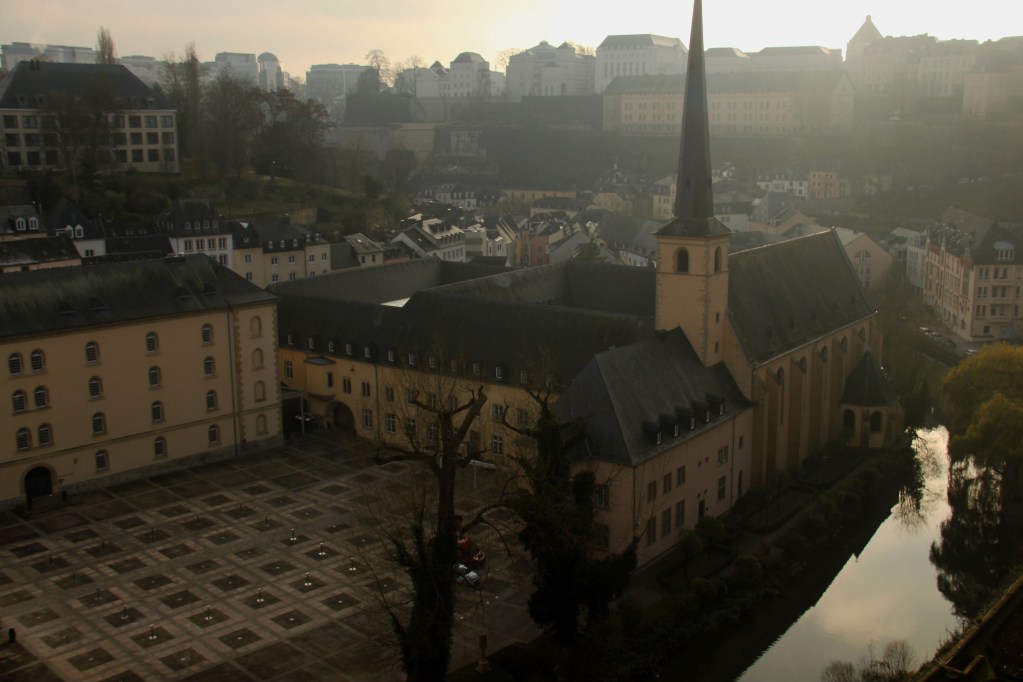 4. Their Transit System is Absolutely Brilliant (And Super-Cheap)

For two Euros, you can buy a ticket on any train, bus or tram in the country, and ride it for two hours. To be clear: nowhere in Luxembourg is farther than two hours’ away. That means that for two Euros you can ride a comfortable train from Luxembourg City to pretty much anywhere, hop on a bus to anywhere else, and it won’t cost what it would to commute between cities in any other expensive European nation. Thankfully, the country’s landscape is diverse enough that it’s worthwhile. 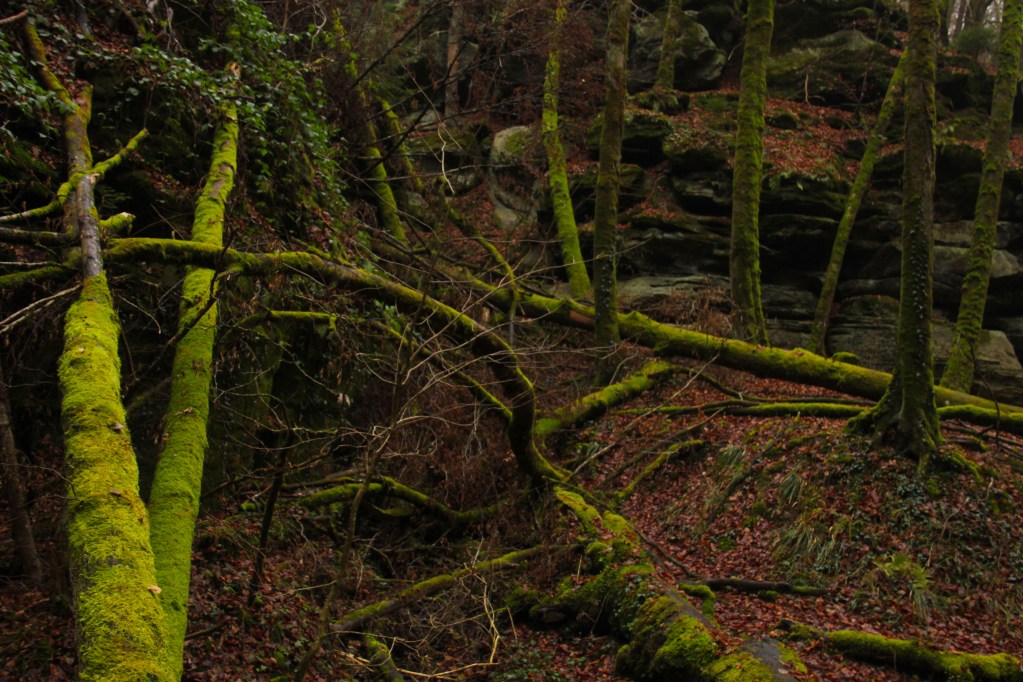 5. Little Switzerland is Perfect for a Quiet Hike

The eastern corner of the country is called “Little Switzerland”, and is a prime destination for Luxembourgish hikers year-round. I went on a damp early winter day, so the fallen trunks and 90-degree walls of rock were devoured by a brilliant green fuzz, as if nobody has traveled these crumbling stone stairs in centuries. You can trek along the mountain ridges and down the gently winding creeks for hours, literally from one small town to the next, and when you’re finished, hop on any bus or train back to wherever you’re staying.

6. There Are Actually Hidden Gems

The phrase “hidden gem” is misused a lot to reference ancient Ankor or Inca temples, but because Luxembourg is so small and passed-over by tourists, much of it has remained quietly beautiful, even mysterious. For example: There are some caves on the outskirts of Berdorf, a tiny commune of 700 people near the eastern border with Germany, which have been reappropriated by the government in the 1970s into a beautifully integrated outdoor amphitheater and music hall, bizarrely a 20-minute walk from the tiny town itself. The place was absolutely deserted and a beautiful picnic spot, and the feeling that it was a local treasure unknown to so many other European backpackers is lovely example of what makes independent travel worthwhile.

7. It’s Consistently Ranked Among the Safest Countries in the World

In 2008, Luxembourg City was ranked the Safest in the World by a Swiss think tank. The city and its surrounding country have always enjoyed one of the lowest rates of crime, homicide, and theft in the world, as proven by its consistently high rankings on Mercer’s annual quality of living survey. Everyone drinks tap water, and the tight population means that outbreaks of foreign disease are rare.

8. You Can See it All in Under a Week

Luxembourg is 2,586 km², which is significantly smaller than either Rhode Island, Prince Edward Island, or Dorset, UK. It’s a fantastic country to stop over if you’re heading between Germany, France and Belgium, and offers geographic beauty and the cultural novelties of each of its neighbors. You can hike through the forests of Little Switzerland, enjoy a wine tour of Remich in the south and shoot north to the gorgeously medieval Vianden Castle in a few days before moving onward to one of the bustling European metropolises next door. It’s an ideal and peaceful stopover.

3 thoughts on “8 Reasons to Visit Luxembourg”