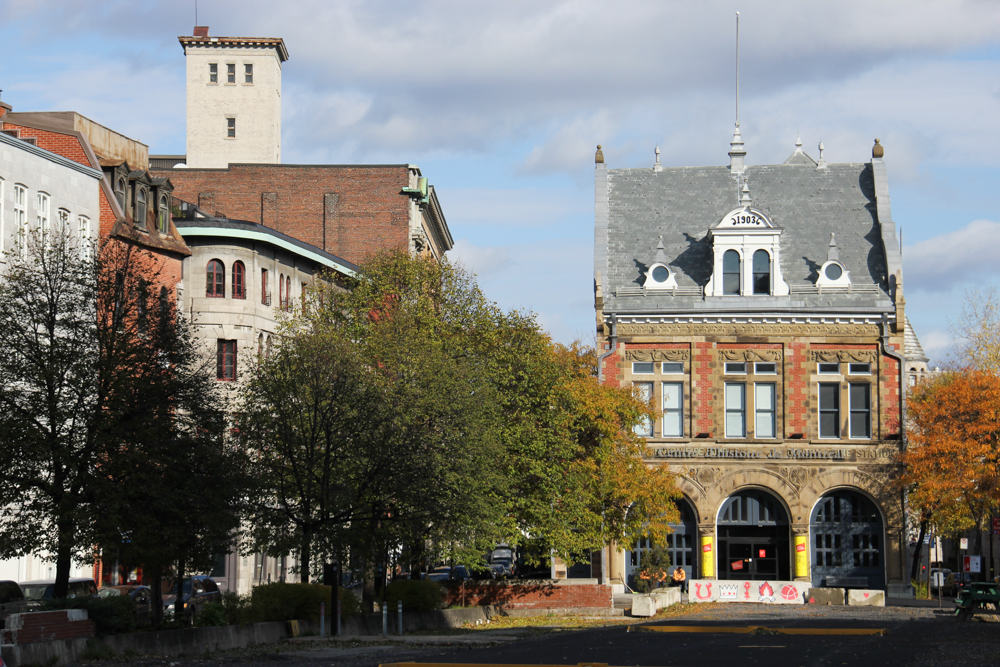 Considering a trip to Montreal? Don’t be dissuaded by the terrifyingly frigid winter temperatures—Montreal is gorgeous year-round, and winter is arguably the loveliest time to visit. As one of Canada’s largest cities, it’s easily accessible from almost anywhere, with the cheapest flights by Porter Airlines; it’s also among Canada’s liveliest, most modern and cultured cities. From the French, it has adopted an appreciation of museums unmatched by frankly any other Canadian city; from colonialists of all stripes it has erected a mishmash of eighteenth- and nineteenth-century architecture, both eclectic and cohesive; from waves of immigrants it has developed a palpably decades-old heritage among the Jewish, Chinese, Muslim and Italian communities.

Its cityscape is organic, unlike Toronto‘s grid or Halifax‘s constrained downtown. Montreal is an island, yes, but such a large one that its culture sprawls out from downtown toward an ever-evolving, ever-gentrifying series of neighborhoods. It is truly one of the world’s great walking cities—just make sure to bundle up in the cold.

Here are seven reasons to ignore the weather and take a weekend to visit. 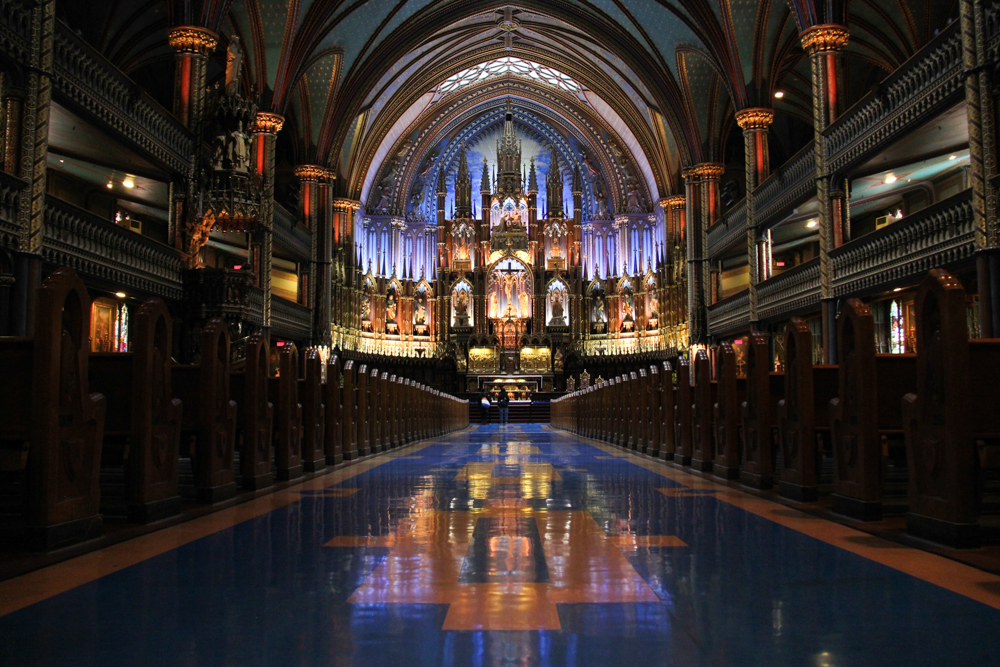 If you’re after cobblestone streets, neo-Gothic architecture and Victorian townhouses, North Americans don’t need to cross the Atlantic. Montreal has been touted as “a taste of Europe” before that phrase even entered the pop-tourism lexicon. But the real boon here isn’t that it is mini-Europe; rather, that it’s so much cheaper. Even continental Europeans would be shocked to find a latte for only three dollars at an adorably decorated café, or a pint of beer—locally brewed!—for 10. Meals won’t run much more than $12, and perhaps as low as six, depending on your neighborhood. This isn’t just mini-Europe—this is affordable Europe. 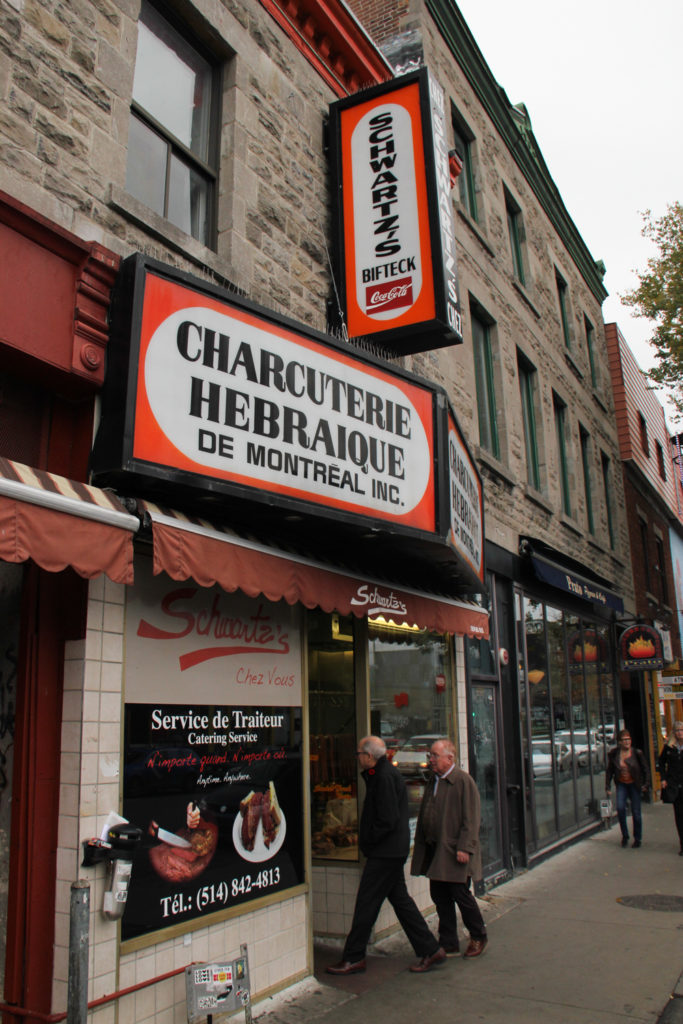 People unimpressed by the sound of poutine have obviously never actually eaten it—and if they have, they haven’t in Quebec. Unlike other famous drunk foods, poutine is revered to the point of artistry. Check out Poutine Lafleur or La Banquisse (the latter is open all night and, in particular, offers a dish called La Boogalou, with pulled pork and sour cream, which is earth-shatteringly good), but truly any given city block will offer something that will probably blow your mind. The city’s two other best-known delicacies—dense, chewy Montreal-style bagels and rich smoked-meat sandwiches with mustard on rye—are testaments to the city’s Jewish history. Wilensky’s is a perfect example: a grungy sandwich bar that serves, basically, one sandwich—the Special—made with salami and bologna on a kaiser and, as they proudly declare, mandatory mustard. Tradition is heavy. When in Montreal, the question will never be what to eat, but rather: Schwartz’s or Lester’s?

3. It feels older than any other Canadian city

You don’t need to visit Old Montreal to feel like you’re in another century. Founded in 1642, Montreal stands today as arguably Canada’s oldest-feeling city, thriving with that Western European charm that beguiles tourists into believing they’ve traveled back in time. The towering campus castles of McGill University loom over the central mountain, dotted by Parisian cathedrals on all sides. Its most famous buildings, such as the Notre-Dame Basilica, are truly on par with Europe’s finest, while across the Place d’Armes sits the head office of the Bank of Montreal, a massive neoclassical Greco dome atop a series of mighty stone pillars. 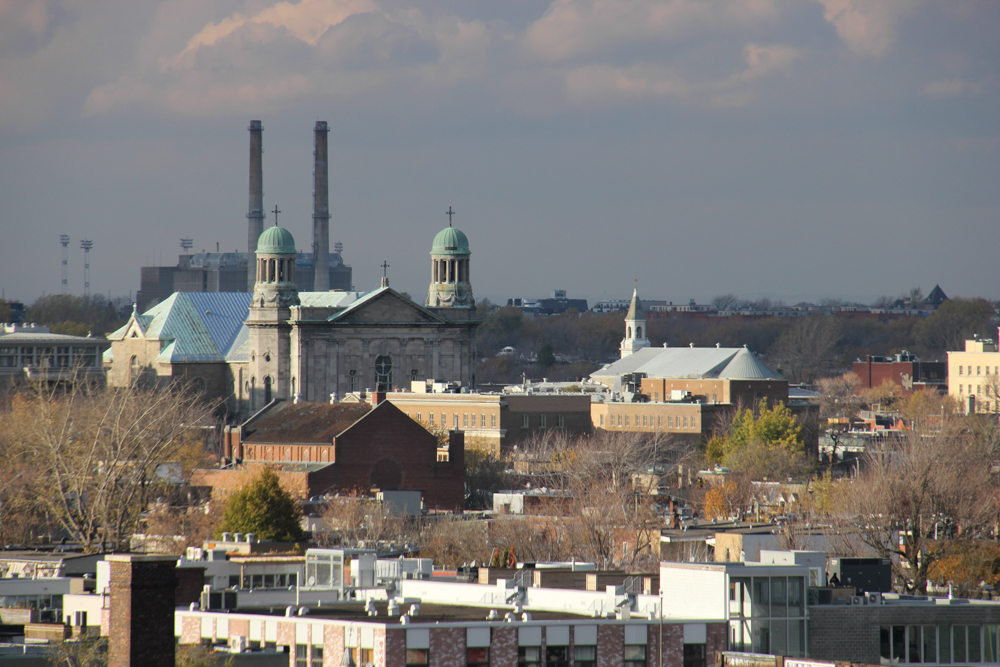 4. Those wacky outdoor staircases are beautiful to look at

It wasn’t enough to rely on brownstones and bricks—the French architects who designed Montreal’s homes wanted to save space, too. Hence the beautiful black iron-rod staircases that spiral down from the front of every aged Montreal building. Nobody, apparently, realized how cold Montreal got in the winter—nor how hard it would be to climb staircases covered in sheets of pure ice. Try not to move any furniture if you’re there in January. 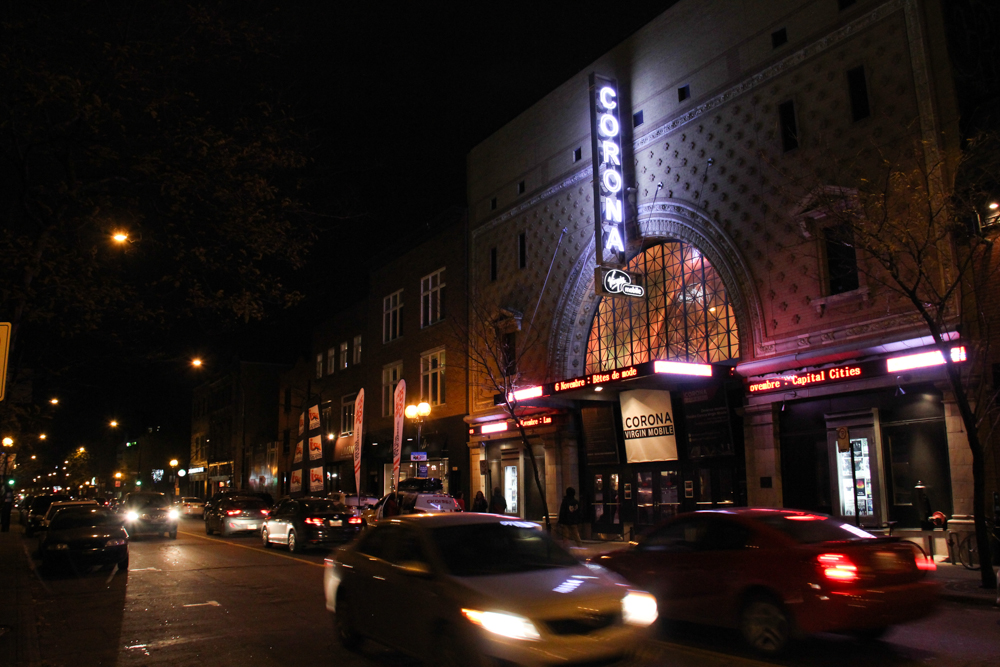 Arcade Fire. Leonard Cohen. Chromeo. Montreal has been the birthplace of so many groups that have outgrown even the city’s reputation. (“We can dance if we want to, We can leave our friends behind…”) Its strong local scene is one of the best reasons to visit the city any time of year. Strong local acts like the United Steelworkers of Montreal or grungy synth-poppers Nancy Pants are sure to draw out huge, lively crowds. Check local listings in Cult MTL to see what’s playing.

Visitors are often confused by Canadian liquor laws: “What do you mean, I can’t buy beer at the corner store?” “It’s Sunday night; why can’t I buy a bottle of wine?” “You actually have something called the Beer Store?” But Quebec is the exception—the nation’s stringent alcohol restrictions do not apply to the laissez-faire French province. Age limits are lower (18), convenience is ensured (the local corner store, a.k.a. a dépanneur, is always well stocked), and craftsmanship is appreciated. Craft beer is too big to list any favorites: from Brutopia to Benelux, any microbrewery will be able to offer specific recommendations and food pairings depending on your palate.

7. Escape the city within the city 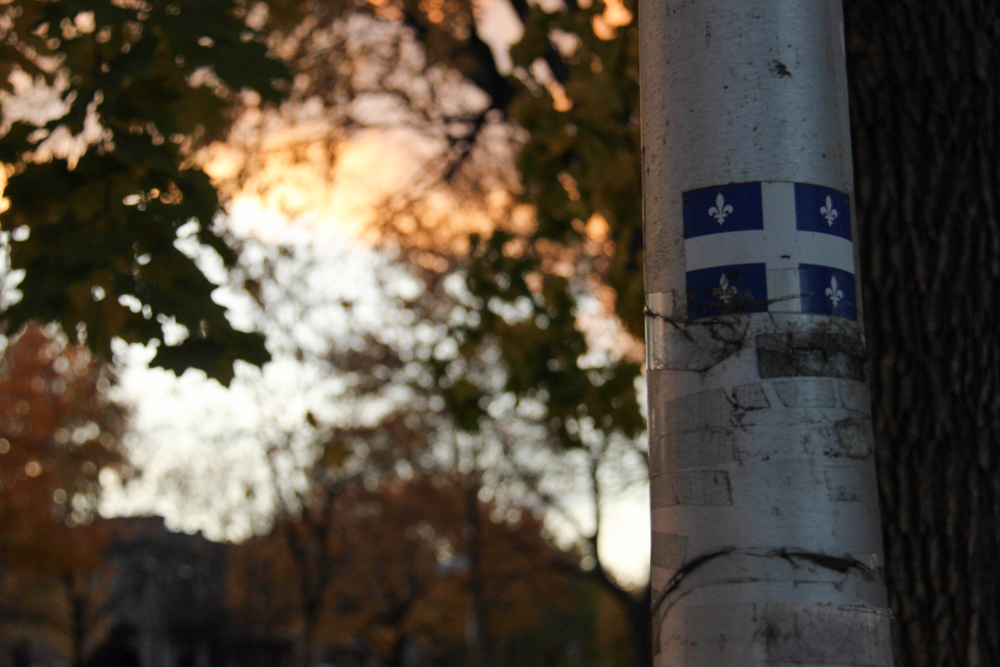 One thing Montreal doesn’t get enough credit for: natural beauty. Mount Royal (after which the city is named) is a surprisingly hefty hike for an inner-city mountain—it’s only 233 meters tall, but bridges downtown with Outremont, filling nearly 700 acres in the city center with cemeteries and French colonial relics. But Montreal offers more than its centerpiece: quiet bike paths along the Lachine Canal, La Fontaine and Jarry parks, and ample green spaces in the city’s south end all work with the frequent trees along suburban streets to give the visitor an impression of a truly natural city. And in the end, this is what Montreal does best: it’s not a concrete jungle. The cityscape has evolved organically; it’s one of Canada’s greener cities, complete with segregated downtown bike paths and comparatively few high-rise buildings. The city is an ode to a bygone time in every way—not just architecturally, but spatially, mentally and culturally, too.

1 thought on “7 Reasons to Visit Montreal (Despite the Cold)”