With its many ashrams, colorful temples, and mysterious sacred rituals, India has always been a magnet for spiritual seekers. Here are a few of the most venerated destinations in the country, all of them captivating in their own unique way. 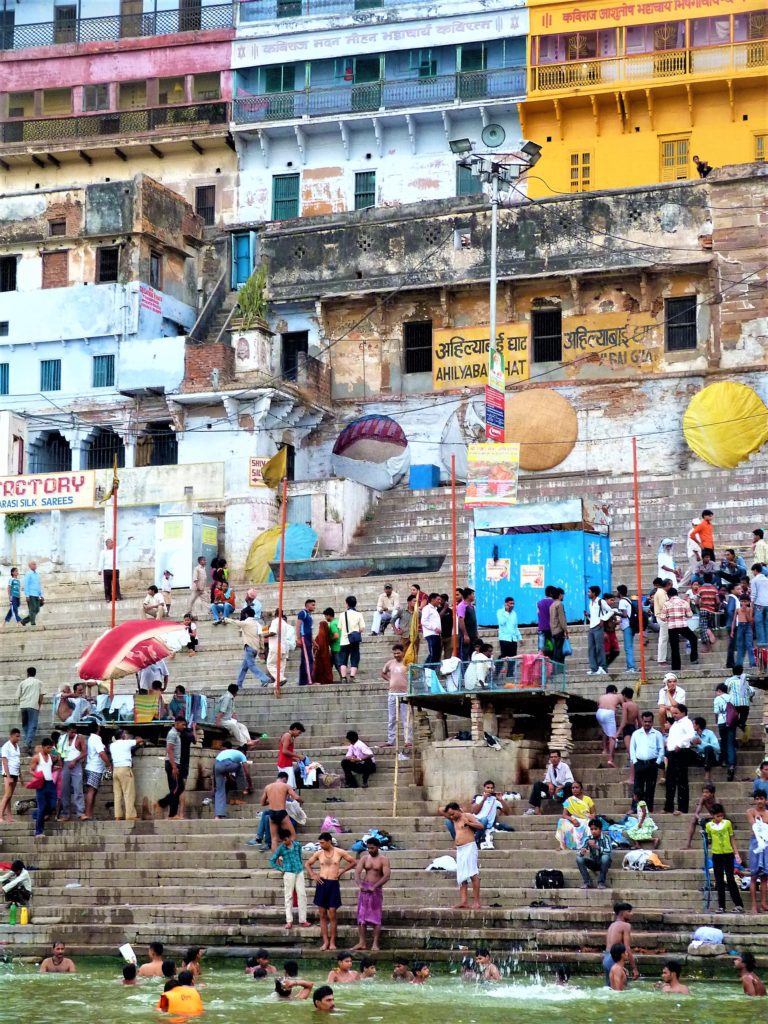 Situated on the banks of the River Ganges, ancient Varanasi is the most sacred city in all of India. Hindus who die in Varanasi are believed to receive enlightenment and many choose to live out their last days here. Death is in the air as smoke rises from the funeral pyres, just part of everyday life in the city. The labyrinth of lanes next to the river are full of activity. Shopkeepers ply their trade from tiny hole-in-the-wall shops, selling everything from cell phones to incense.

Both beautiful and shocking, Varanasi is an assault on the senses. The ashes of the deceased are scattered into the river. The bodies of those whose families cannot afford to be cremated can occasionally be seen floating by. At dusk, tourists take boat trips to watch spectacular river worship ceremonies. Offerings drift on the surface of the water, creating a magical scene.

A walk along the ghats is a fascinating and bizarre experience. Children take swimming lessons in the polluted water, while pilgrims carry out ablutions. Sadhus covered in ash meditate next to shrines dedicated to Shiva. Dogs and monkeys join the colorful melee of pilgrims and onlookers.  There is nowhere in the world like Varanasi.

The town of Pushkar is a revered site in Rajasthan. Located on the shore of the lake where Mahatma Gandhi’s ashes were scattered, it is surrounded by lovely whitewashed temples. Pilgrims flock here to partake in puja ceremonies conducted by Brahmin priests. Blessings are given and rose petals scattered over the lake. A thread is placed on the wrist of the pilgrim to signify that puja has taken place.

Pushkar is also home to the largest camel market in the world. Taking place each November, the fair coincides with Kartika Purnima. Devotees believe that bathing in the lake on these five days of the year relieves them of their sins. 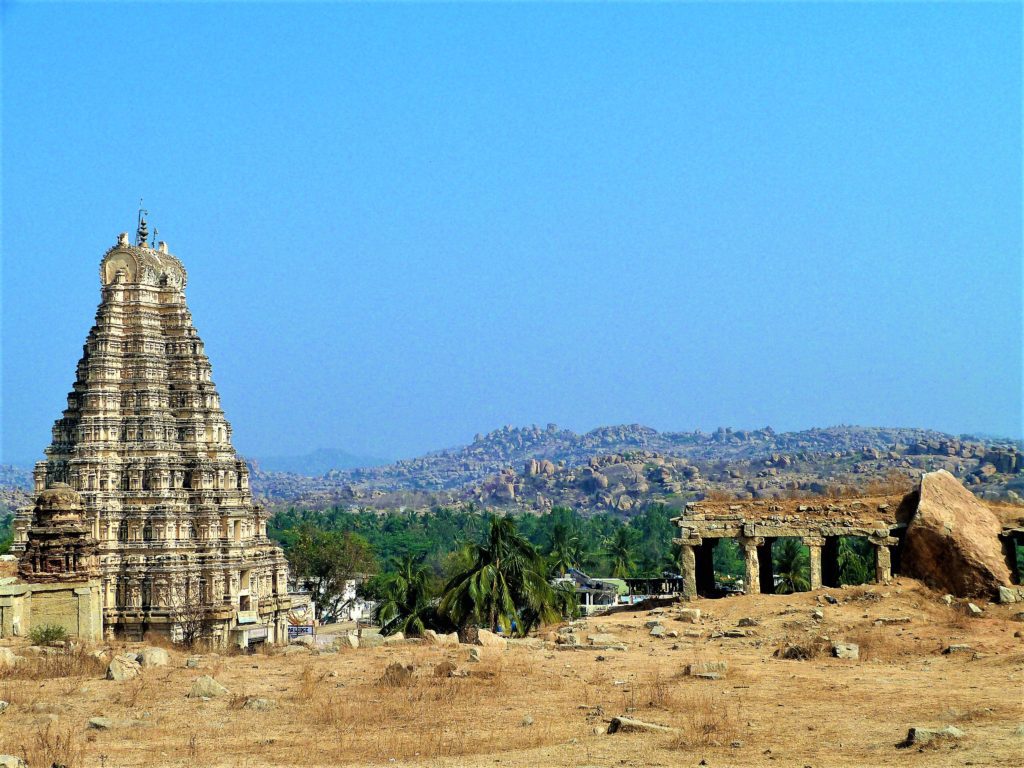 The world heritage site of Hampi is an ancient city of magnificent ruins. Set amidst an otherworldly landscape of huge boulders, it is one of India’s most magical destinations.

Located in the state of Karnataka, this Hindu capital was destroyed by Muslim armies in the 16th century. The ruins are scattered over an area of 26 square kilometers. Most of the sites are in the sacred center and are accessible by foot, bicycle, or tuk-tuk. Hampi, a holy temple town, is a popular traveler hangout. There is plenty of budget accommodation and a great choice of vegetarian restaurants.

Pilgrims come from all over India to worship at the Shiva temple, Virupaksha. The temple elephant, Lakshmi, will bless you if you place a ten rupee note in her trunk. Every morning she is taken down to the nearby river, where she enjoys a refreshing dip.

The crumbling pavilions and temples along with the surreal landscape of Hampi are a captivating combination. Watching the sun rise from Matanga Hill, east of the bazaar is a memorable and life-affirming experience. 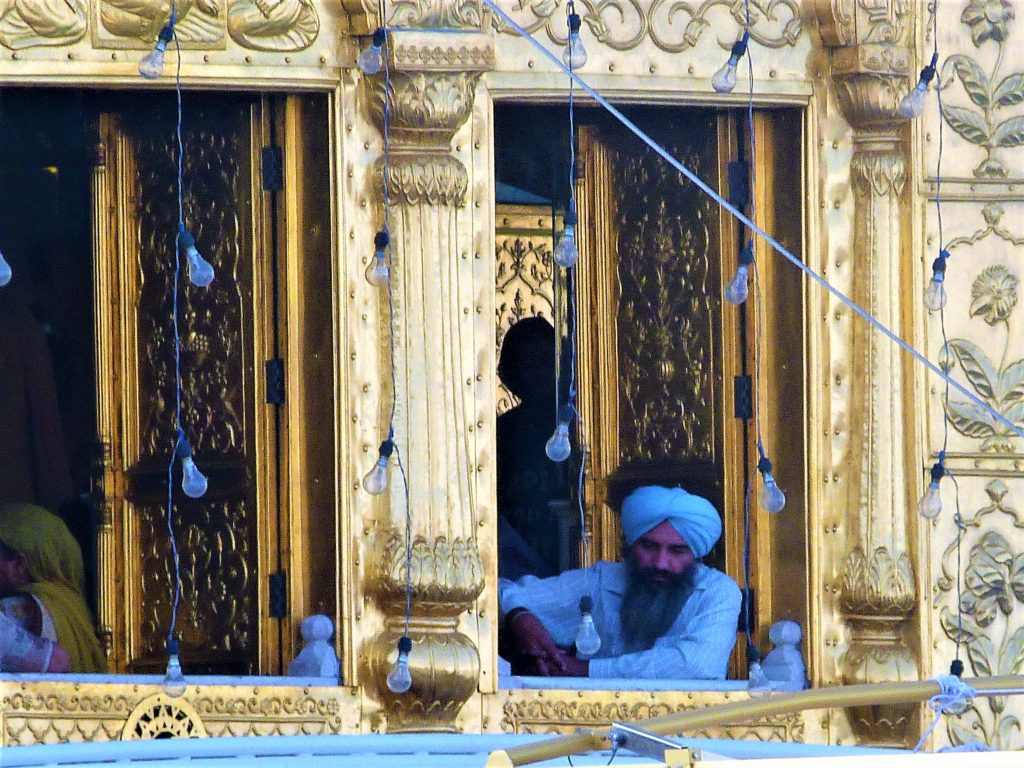 The magnificent 16th-century marble construction is a stunning piece of architecture. Gleaming white and adorned with golden domes, it is built around a manmade rectangular lake. In the center is a gilded harmandar connected by a walkway. Before entering, everyone must wash their feet in a pool and ensure that the head is covered.

Within the complex, there is huge canteen where approximately 10,000 free meals a day are served to all who wish to participate. Equality and the sharing of meals by strangers is integral to the Sikhs belief system. The scale and efficiency of the proceedings is impressive to witness.

The best times to visit The Golden Temple are sunrise and sunset when the temple basks in an orange glow. 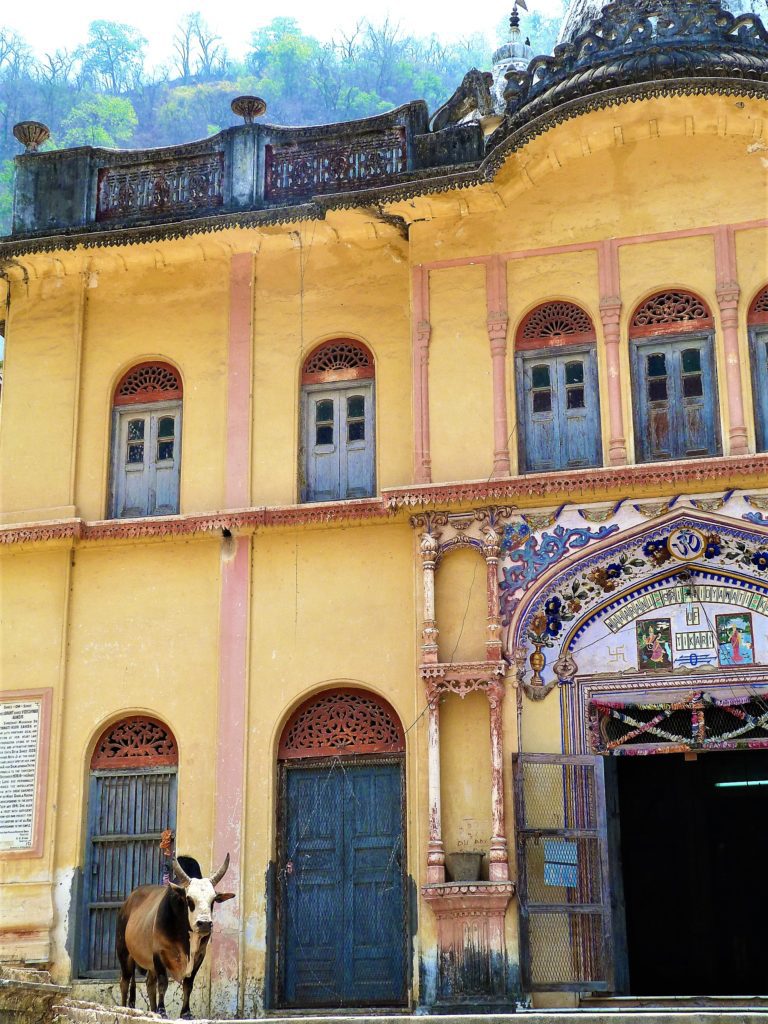 Set against a dramatic landscape of mountains, Rishikesh is another holy city situated on the banks of The Ganges. Here, unlike Varanasi, the river flows fast and wild. Known as the yoga capital of the world, the city has an abundance of ashrams where you can practice meditation. Rishikesh is where the Beatles came to learn transcendental meditation with guru, Maharishi Mahesh.

Rishikesh draws devotees from all over the world who come to immerse themselves in spirituality. Many stay on a long-term basis. The Shivananda Ashram which specializes in yoga is world-renowned. Sadhus live in caves up in the hills around the city, where they spend days at a time in meditation.

For those seeking enlightenment, Rishikesh provides a winning combination of spirituality in a beautiful natural setting. 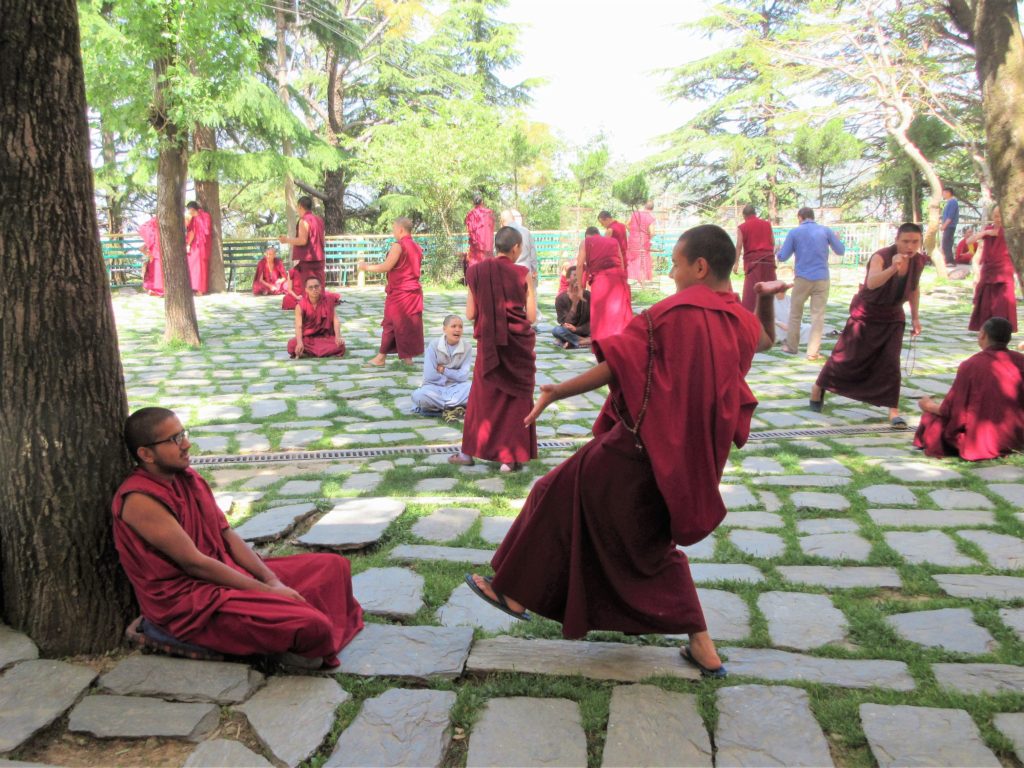 The Tibetan colony of McLeod Ganj is tucked away in the mountains of the Himalayas. Home of exile to The Dalai Lama, it is a place of great significance to Tibetan Buddhists. Walking through the streets feels more akin to being in Lhasa than India. Monks sit outside coffee shops and traders sell Tibetan crafts. Prayer flags flutter in the breeze.

One of the most fascinating experiences you can have in McLeod Ganj is watching the monk debates at the Dalai Lama Temple. Maroon-robed monks challenge one another, as they gesture and clap to emphasize their points. It’s unique to Tibetan Buddhism, and although it can appear fierce, is all carried out in good humor.

Courses in Tibetan Buddhism, ancient therapies, yoga and meditation are available to the spiritual seeker. Many people find themselves being seduced by the laid-back vibe and fresh mountain air and stay for weeks instead of days.

1 thought on “India’s Most Spiritual Destinations”