Spotlight On: A day in Saint Petersburg, Russia

Saint Petersburg is Russia’s second largest city after Moscow. Capital of the Romanovs, it boasts unique historical heritage. Home to some of the world’s most renowned cultural hotspots, like the Hermitage Museum and the Mariinsky Ballet, the city also offers lush green spaces, pleasant canal-side strolls, fine dining, urban beaches, and a buzzing energy. Here is a wonderful combination of history and modernity, of energy and Paris-style flânerie.

Noteworthy facts: Saint Petersburg was founded in the early 1700s by Tsar Peter I (the Great). A great reformist, Francophile, and intellectual, he sought to create a city on par with what he saw as the greatness of Paris or Rome, something backward and medieval Moscow, he maintained, could never accomplish. He moved the capital of the Russian Empire here, and it remained so until the Soviets in 1917 moved it back to Moscow. 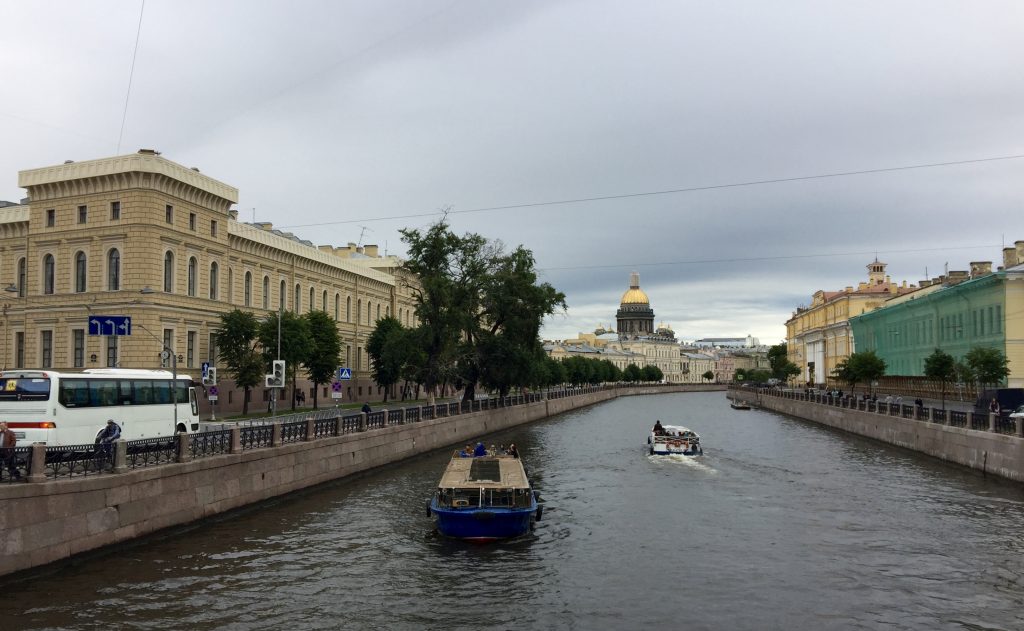 When to Go, and How To Do It

Planning to see Saint Petersburg in one day is, at best, laughably naïve, at worst, almost impossible. One piece of advice: get up or arrive early. Having a plan (and a map) is of utmost importance. And accepting the fact that you won’t see everything is key to having a great day. In the summer, longer days (the famed Summer Nights) mean more sightseeing, street festivals and concerts, and early morning partying.

Winter means chilly (devilishly freezing, let’s be honest) temperatures and weeks of overcast skies. So, plan accordingly. Don’t let the winter scare you off, though. Russians have always made the best out of the season. For example, museums usually have discounts and the Nutcracker at the Mariinsky is magical. And a (short) walk in the snow or a skate on the frozen Neva is always exhilarating. 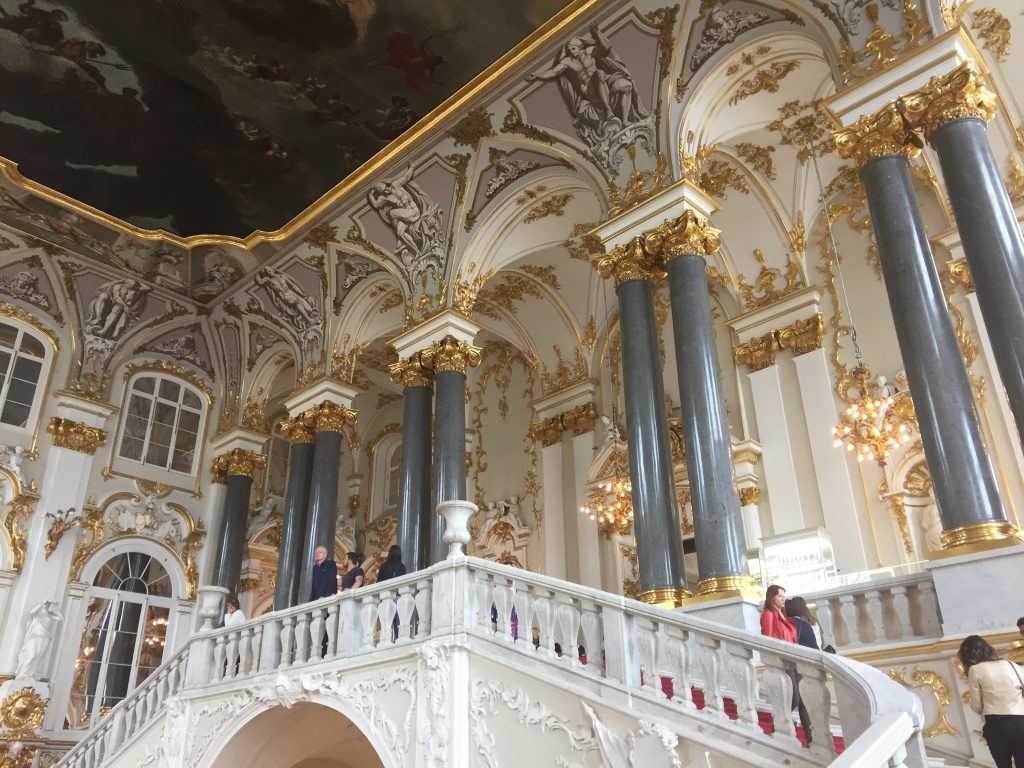 What To Do in One Day in Saint Petersburg

Breakfast at your hotel or at one of the many bakeries downtown, or grab to go. Saint Petersburg, though quite big, is ideal for walking, as all the major sights are quite central. Start your day at imposing Kazan Cathedral, and make your way up the Nevsky Prospekt, the city’s principal commercial artery. You’ll end up on Palace Square and in front of the Hermitage Museum. The best way to incorporate the Hermitage into your one day tour is to join a two-hour introductory English tour (call for times).

After the Hermitage, walk a few minutes to Saint Isaac’s Cathedral, a behemoth church of jaw-dropping size and magnificence. Look out for the model inside showing its progression from country chapel to the Tsar’s place of worship. And climb the colonnade (extra ticket) for sweeping city views.

Back on firm ground, enjoy the greenery of Alexandrovsky Sad, adjacent to Saint Isaac’s, and gaze up at the Bronze Horseman, representing Peter I. Here is a great place for a quick lunch. Babushkas selling perojki (little fried yummy goodness) and sweet corn (a favorite Russian snack) are plenty. Proceed along the English Embankment of the Neva River and cross the first bridge you come to; walk up the direction from which you came (a big U-turn, essentially). 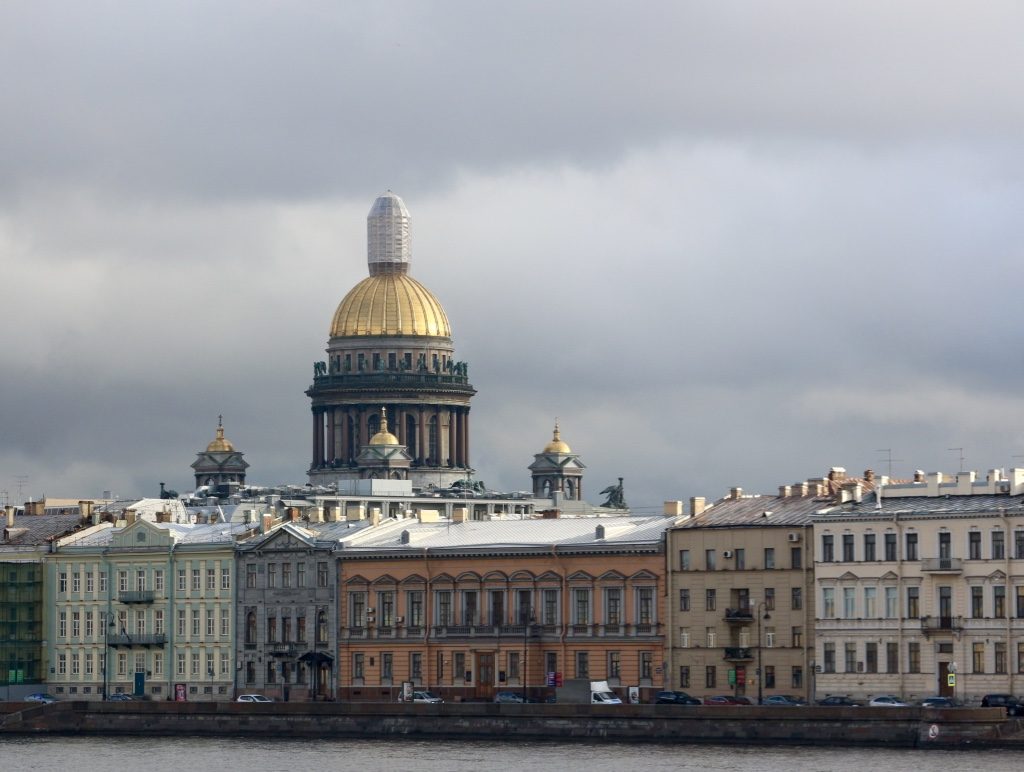 Arrive at the Kunstkamera, otherwise known at the Great Museum of Anthropology and Ethnography. Less flashy than many other of the city’s museums, if you only have time for two, follow the Hermitage by this one. It was founded by Peter the Great himself to share scientific knowledge with the notoriously superstitious Russian people. The biggest crowd pleaser is the gruesome centuries-old collection of human deformities. But the museum also showcases exhibits from native peoples around the world. 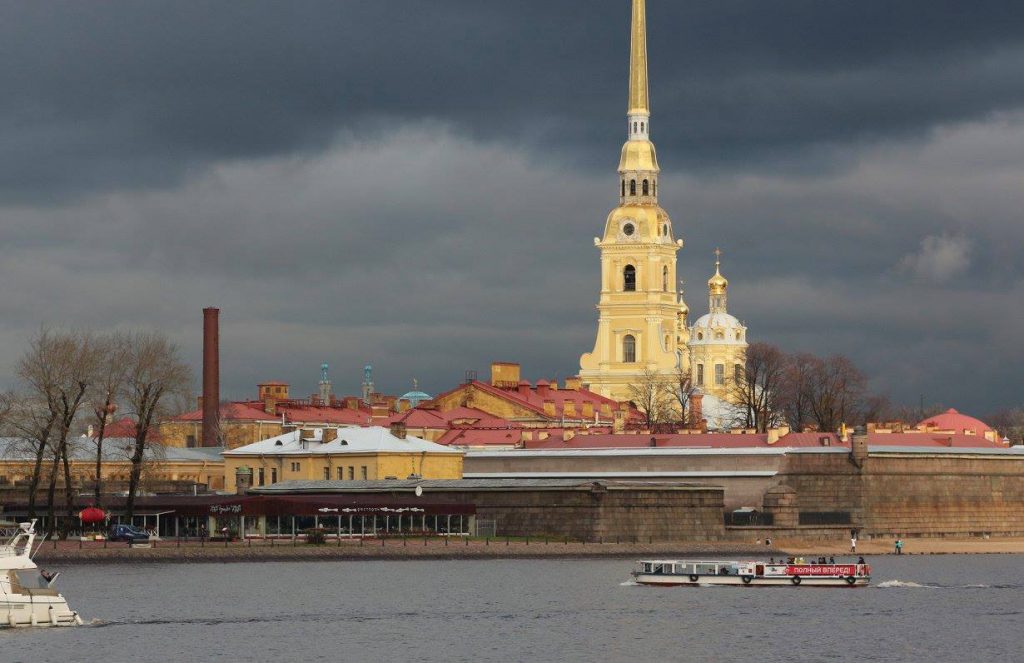 Then, take a right leaving the fort and cross the first bridge. (As you’ve guessed by now, the city has many a bridge. Be careful not to get stuck on the wrong side of one, as they rise in the night to let ships through.) Across, meander in the Field of Mars and see the Monument to the Fighters of the Revolution and the Eternal Flame. Cross the Moyka River (more like a canal) to the Church of the Savior on the Spilled Blood. It’s built where Tsar Alexander II was assassinated in 1881. The exterior, though relatively recent, echoes Saint Basil’s in Moscow, while the interior’s walls are so lavishly decorated your neck will hurt from looking.

Wrap up your touring by walking back to Nevsky Prospekt, along charming Bolshaya Konyushennaya Street. Your day isn’t done yet, though. Change into evening wear for a breathtaking performance at the Mariinsky. Ballet usually performs in the beautiful Theatre (opened in 1860), while opera takes place in the brand-new Mariinsky II, across a canal, where you’ll relish in some of the best acoustics anywhere. After the performance, cap off the day with dinner at The Repa (right next to the Theatre), a highly elegant, though not exorbitant, Russian dining establishment. 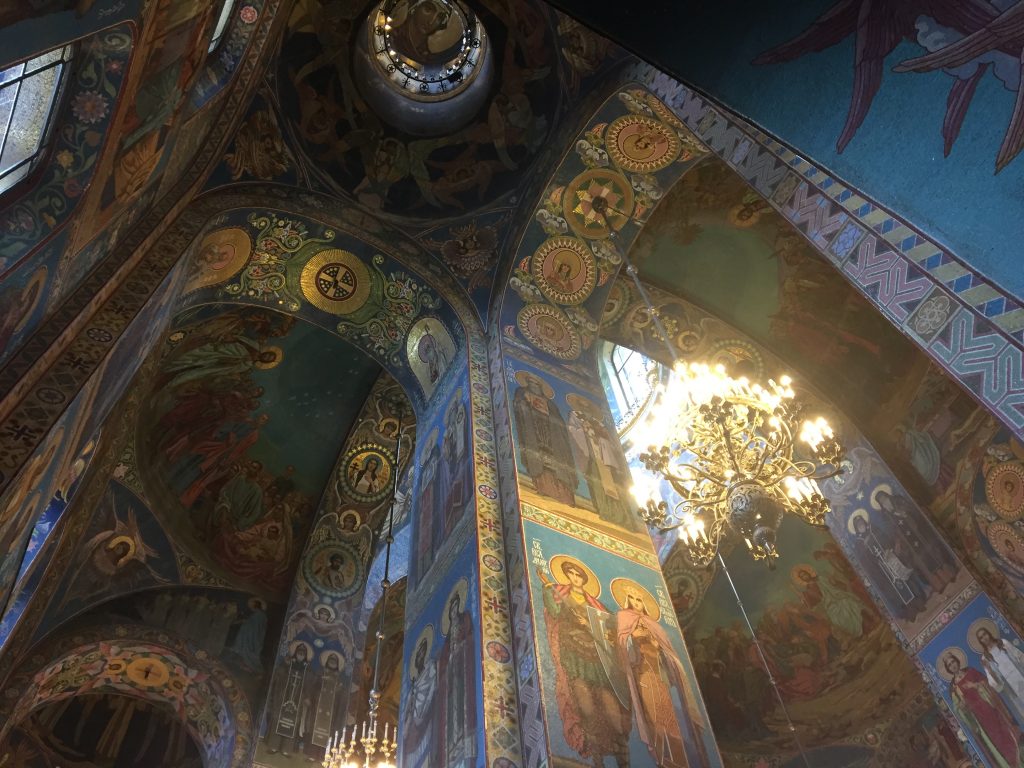 Getting to Saint Petersburg

Visitors usually arrive at Pulkovo International Airport (LED), serving most European and Russian cities. It’s about a 45-minute car ride to downtown. Visitors also arrive by train, usually from Moscow by the Sapsan high speed train (arrives Moskovskiy Station). A more original way to get to the city is by cruise, with many companies offering regular service from Helsinki, Finland, and Tallinn, Estonia. For your visa, though not especially hard to obtain, Russian bureaucracy means a time-consuming and detail-oriented process, so don’t wait until the last minute.

Should You Travel to Saint Petersburg?

Even if for a day, the short answer is yes. This one-day speed visit is by no means complete, but you’ll at least cover the essentials and get a feel for this incredible city. And you can always go back. The trick is to not go crazy trying to see everything. Instead, fully enjoy the main sights and your walks between them.

Getting around is easy and the locals are very accommodating. The city has extensive lodging options, from clean and central hostels to the Four Seasons. Foodies will enjoy traditional Russian fare (from street-food to high end) as well as everything from sushi to pizza. Of course, the main reason that you should travel to Saint Petersburg is, well, Saint Petersburg. Think of it as a combination of Venice and Paris with a very Russian twist. 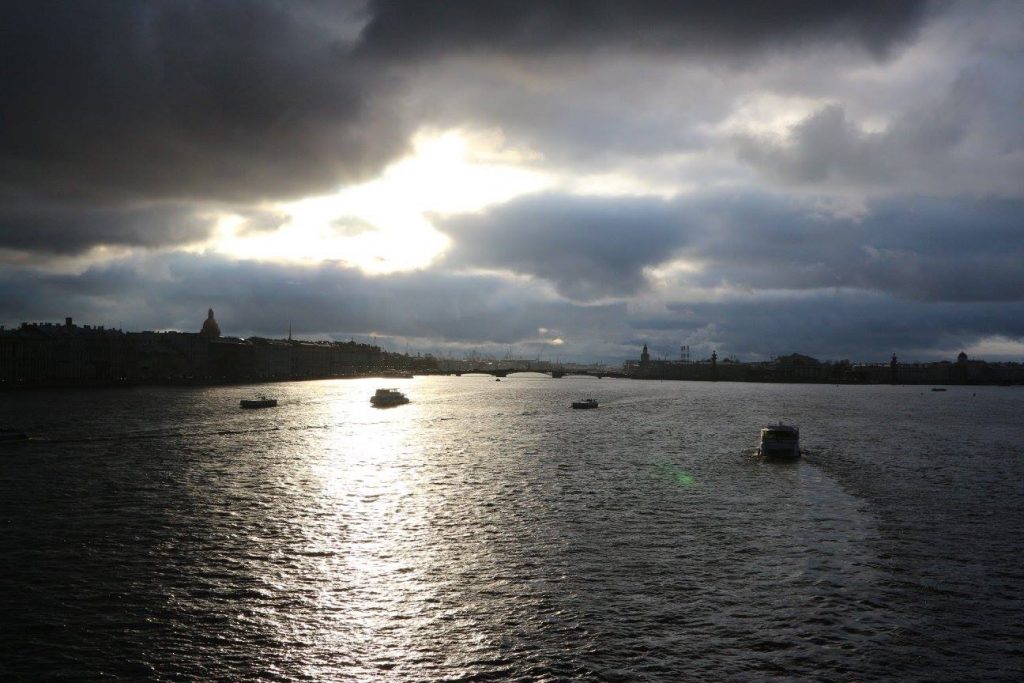