The following is a guest post from writer Rohit Agarwal, from Rajasthan, India. Rohit travels to different places and shares his travel stories to give an insight into his experiences at TransIndiaTravels.com. He has previously written about the most popular manmade lakes of India on GoMad Nomad.

India, known as the land of diverse traditions and cultures, has always been an attraction to travelers and philosophers from all over the world. The numerous monuments in India stand as an example for India’s unbelievable artistry, glorious past, and rich cultural heritage. 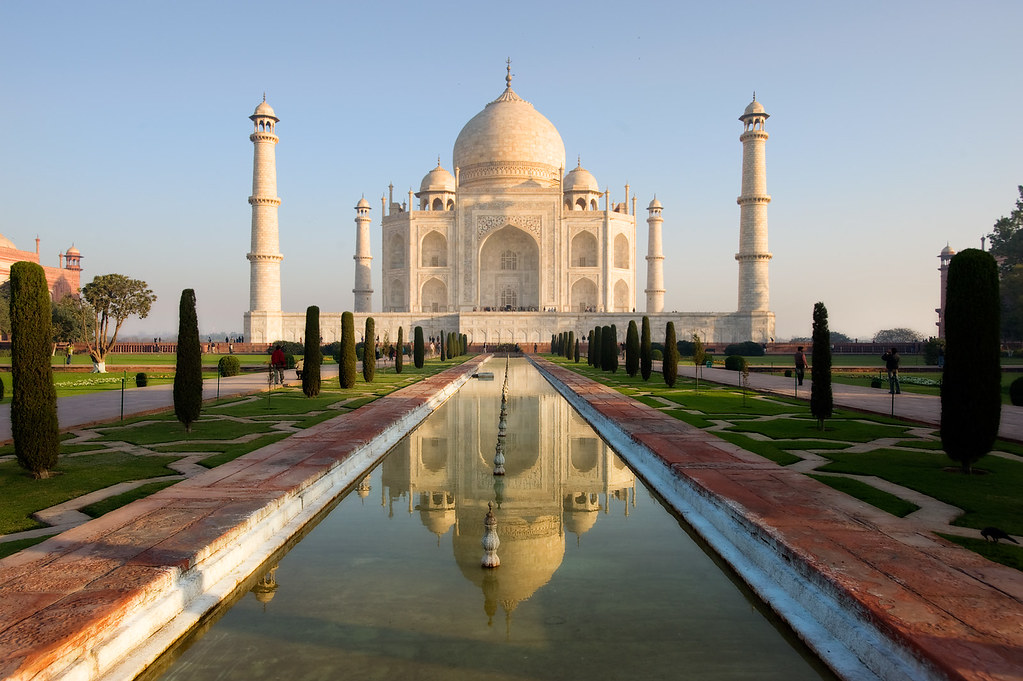 Definitely the first place every tourist thinks of while traveling in India, not just because it is one of the eight wonders of the world, but because of its eternal beauty and symbols of love. It was built by Mughal emperor Shah Jahan, in memory of his wife Mumtaj. Located on the banks of the Yamuna River, built with the best white marble, it took almost 17 years to create.  One more surprising thing about the Taj is that it appears in different colors at different times of the day, and is said to depict the changing moods of women. 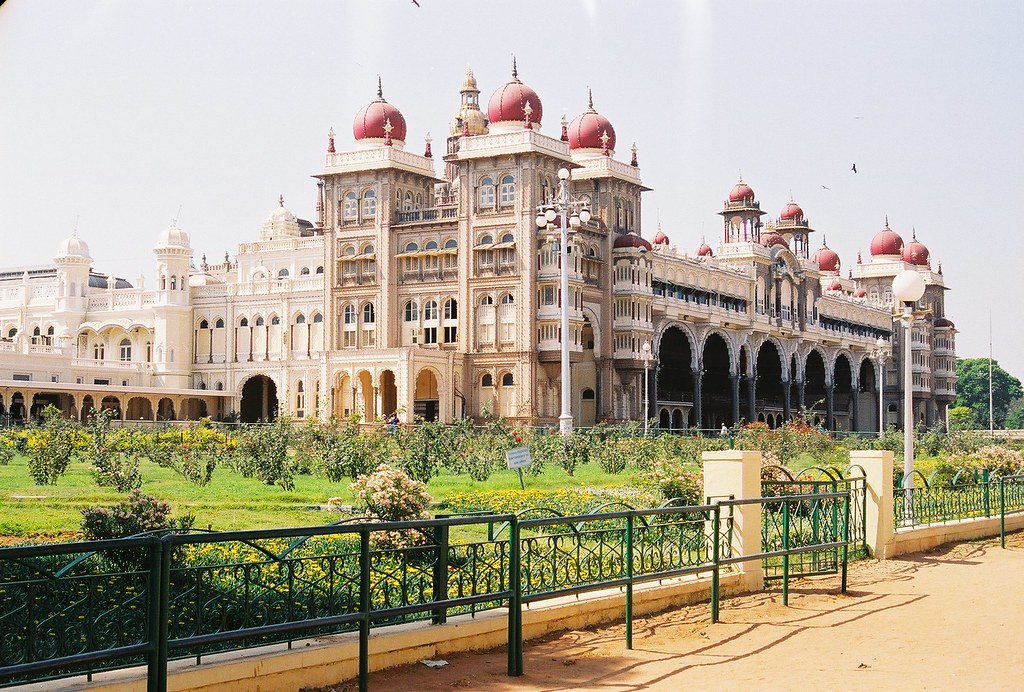 Mysore is known as the city of palaces and also one of the cleanest cities in India. The Mysore palace is 500 years old and was built by the Wodeyar kings. The interior of the palace is colorful, richly carved, filled with beautiful paintings and lot of decorations made of ivory. The best time to visit the Palace is in the months of October and November when Dussera is celebrated with great elegance. Every Sunday evening, the palace is illuminated with lights and is a magnificent view. 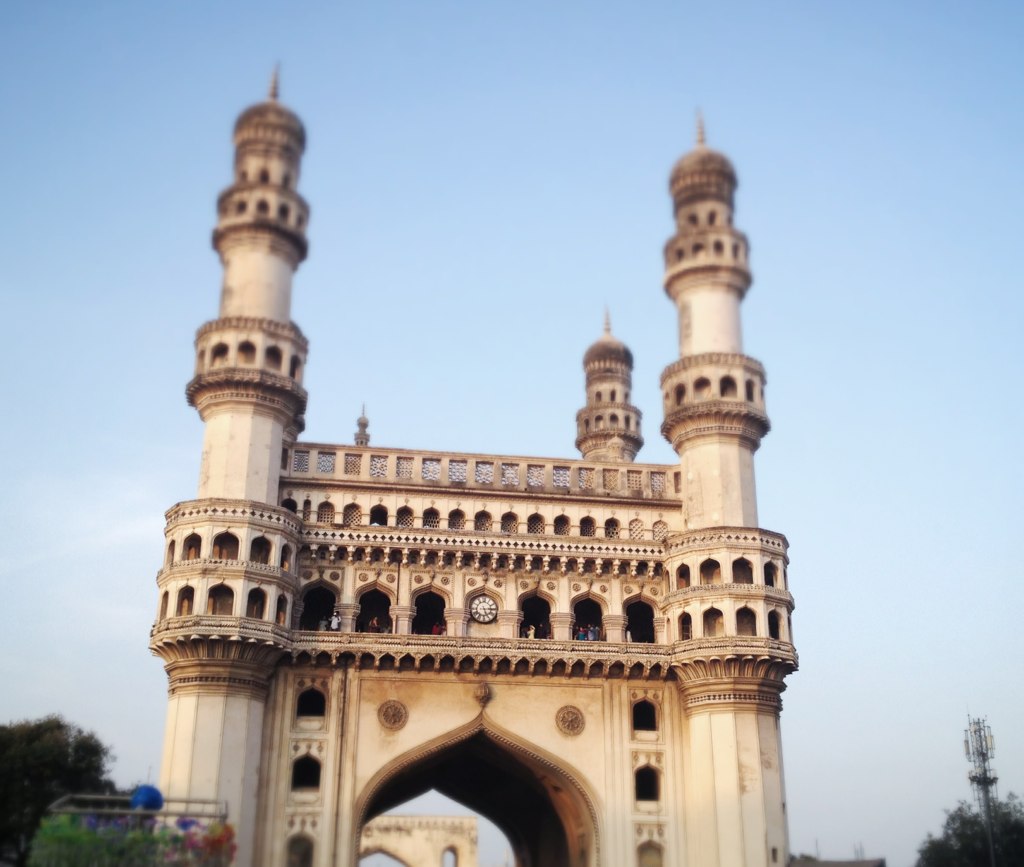 A visit to Hyderabad is always incomplete without visiting the grand centerpiece, Charminar. It is the signature of Islamic culture in Hyderabad, built by the fifth ruler of the Qutb Shahi dynasty Sultan Muhammad Quli Qutb Shah in 1591 A.D as a symbol of eradication of plague from the kingdom. Since then, it has become one of the biggest tourist attractions in South India. The best time to visit Charminar is during Ramzan when it is surrounded by a thriving market, Laad Bazaar, which is known for exquisite bangles and pearls. 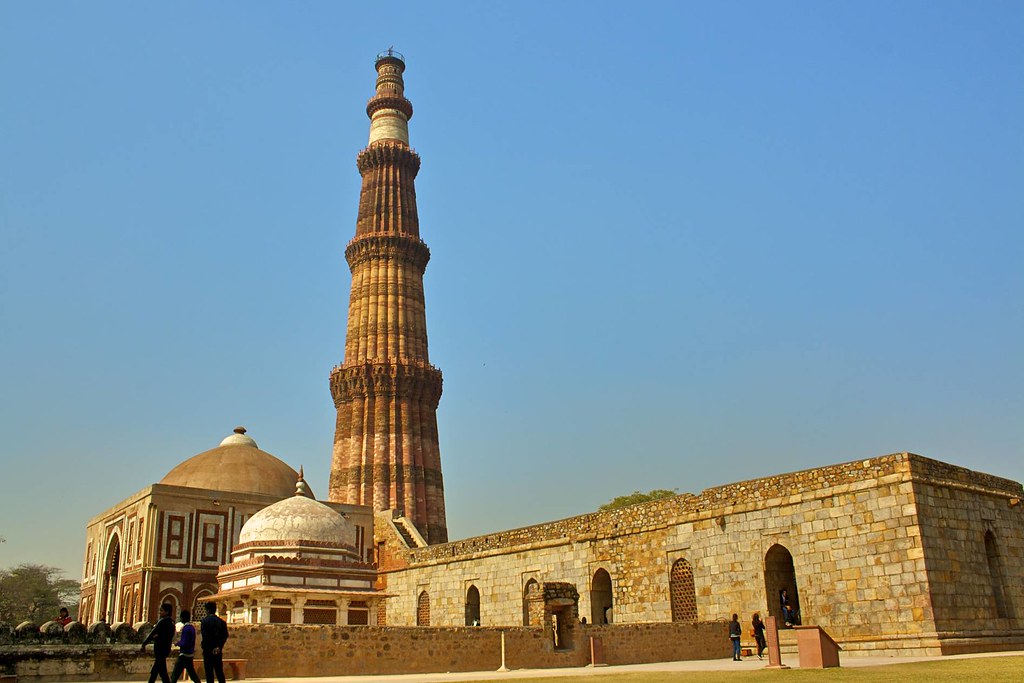 Qutub Minar, one of the greatest Islamic constructions in India, was built by Qutub-ud-din-Aibak. It is said that this tower is built to signify the beginning of the Muslim rule in India. At its basement lies the first mosque built in India, Quwwat-ul-Islam. It is ornamented with inscriptions and verses from the holy Qur’an. This glorious monument is open throughout the year and is visited by people from all over the world. 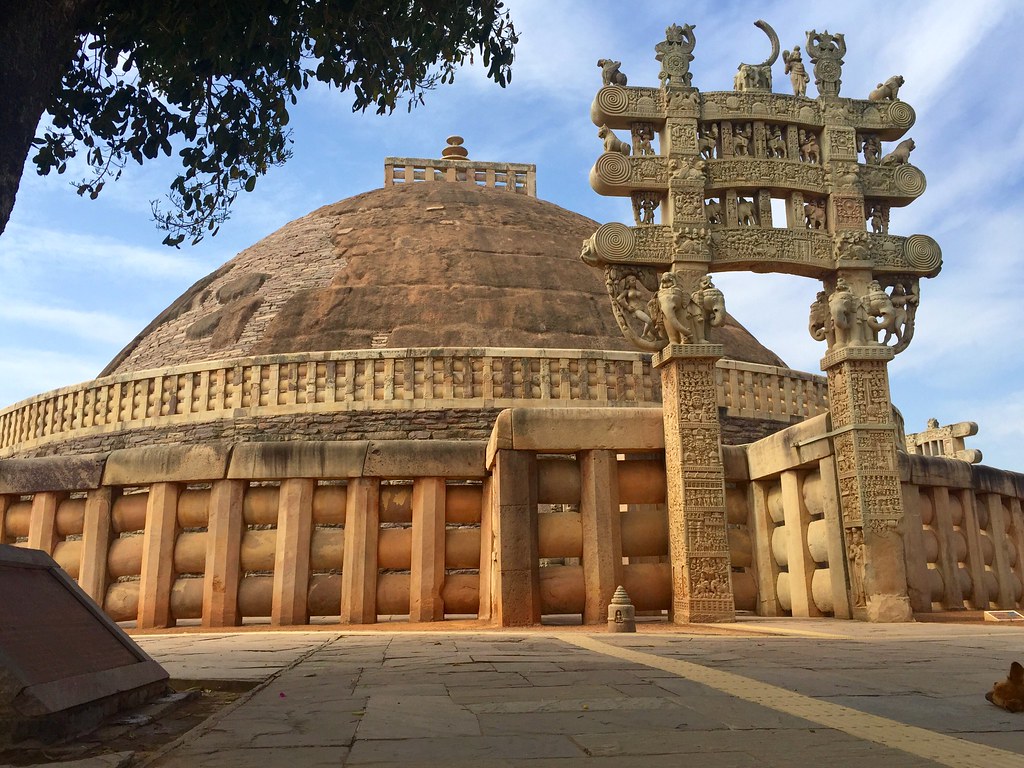 It is one of the famous locals for Buddhist art in India. Sanchi Stupa is a dome-shaped construction where artifacts of Buddha are placed. The foundation for these stupas was laid by Emperor Ashoka, during the 2nd century BC. In later years, several other stupas were constructed on the Sanchi hill. The decorative sculptures and carvings constitute a wealth of iconographic depictions. This is an example of the development of Buddhist culture in India. 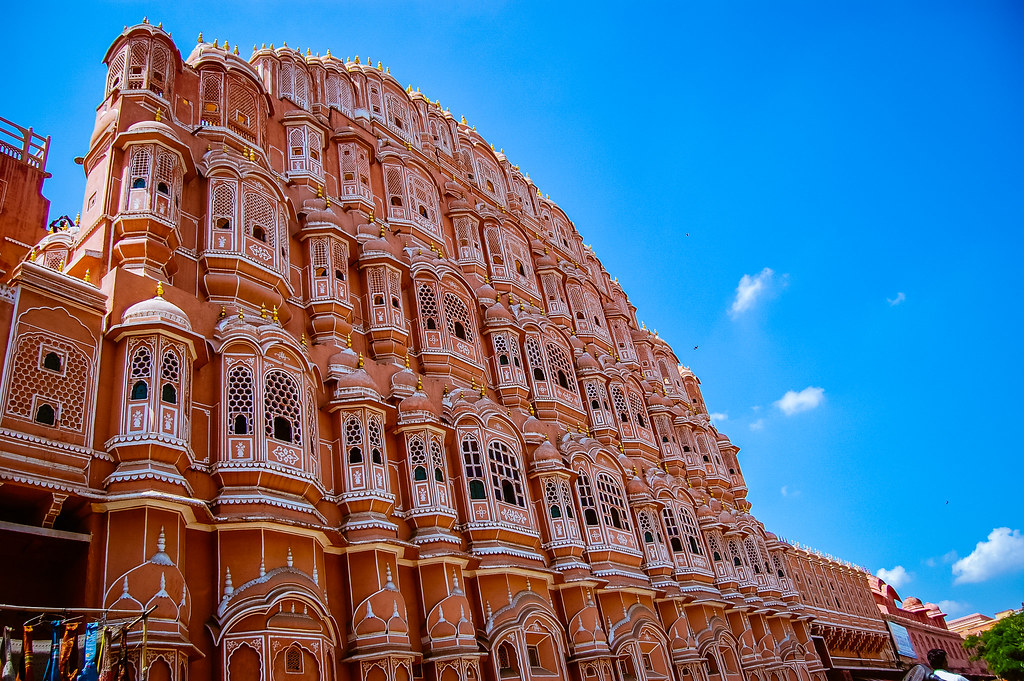 Hawa mahal, the palace of winds, is an outstanding example of Rajput style of architecture. It is located in the heart of Jaipur, the pink city and was built by Maharaja Sawai Pratap Singh, in the 18th century to facilitate the royal women’s watching life and processes of city and to enjoy nature through the numerous windows of this palace. Also, there is a small museum with some rich relics such as ceremonial armour, and miniature paintings which reminds us of the royal past. 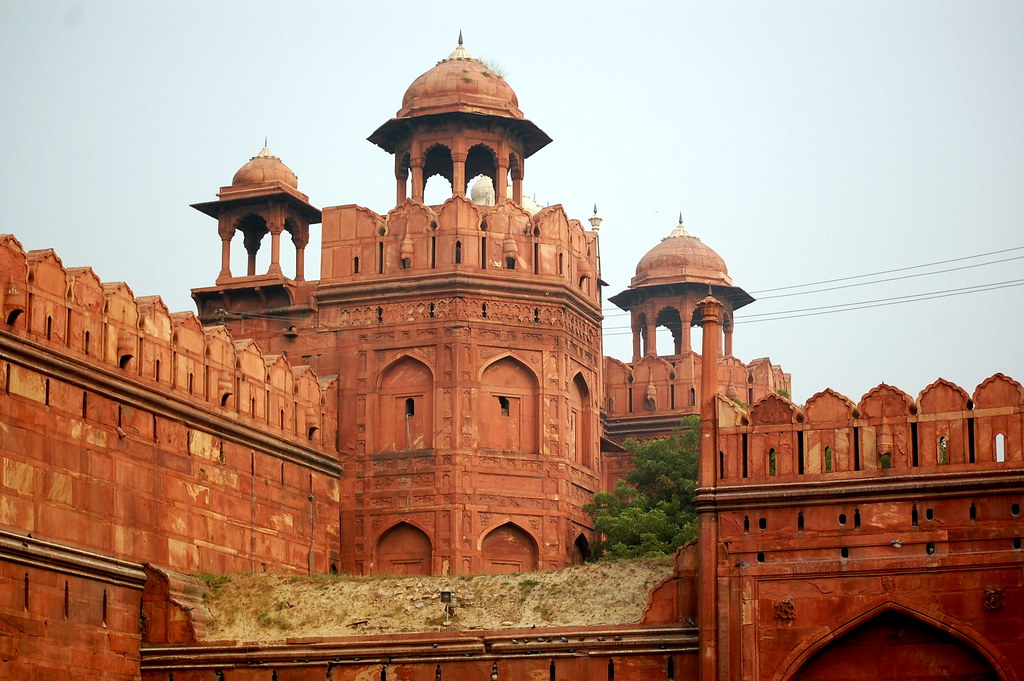 Located in the capital city of India, on the bank of the river Yamuna, the Red Ford is called so because of the use of red stone in building the walls of the fort. It was constructed by Shah Jahan when he shifted the capital of his empire from Agra to Delhi as a residence to the royal family. Every evening, a spectacular sound and light show displaying the history of Delhi is performed. The royal ambiance combined with modern technology and special effects makes the show one of a kind. 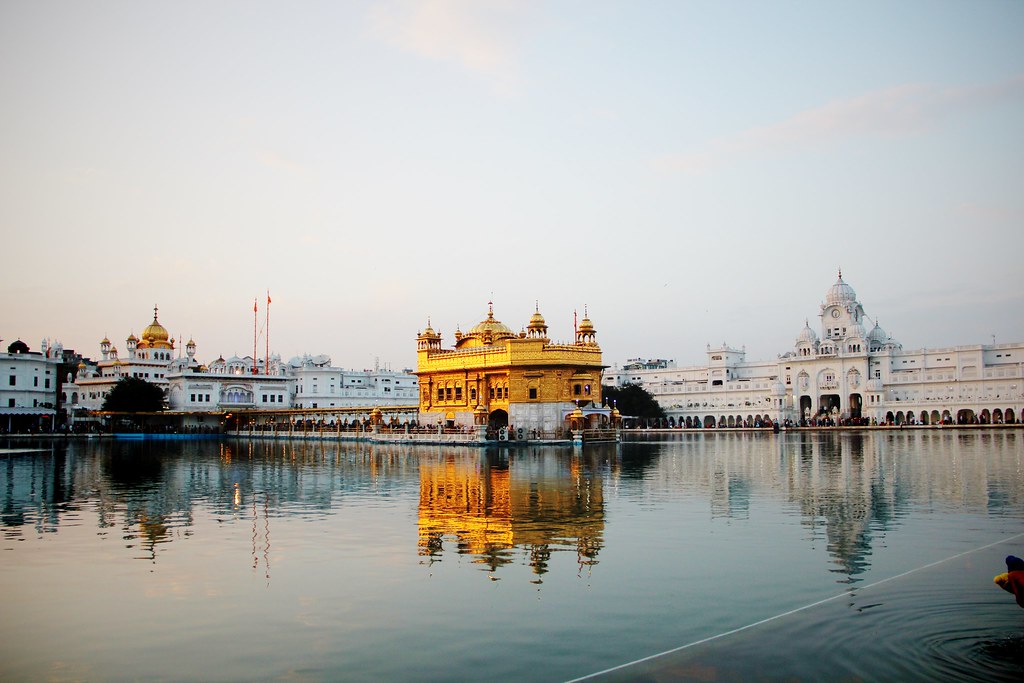 The Golden Temple is one of the most popular historical monuments to visit in India and is a famous pilgrimage site for Sikhs. This makes it one of India’s most spiritual destinations. Everyone is welcomed into the temple, the only rule which should be followed is that everyone who enters the temple must cover their heads with cloth and wash their feet in the pool before entering the temple. The most famous part of the temple is the Hari Mandir, the temple with golden plates, which is amidst the holy water lake Amrit Sarovar. The interior of the temple is carved with verses from holy book of Sikhs, Granth Sahib. A visit to the temple is filled with peacefulness and tranquility.

The CST is the grand railway terminal in Mumbai. This is a significant place to visit because of the exemplary structure of Victorian-Gothic style of construction. The entrance of the terminus is flanked with huge figures of a lion and tiger on each side representing Great Britain and India. The interior is eye-catching, filled with 3D-stone carvings. Crowned with a huge dome, the terminus deserves to be explored and the magnificent architecture demands attention. 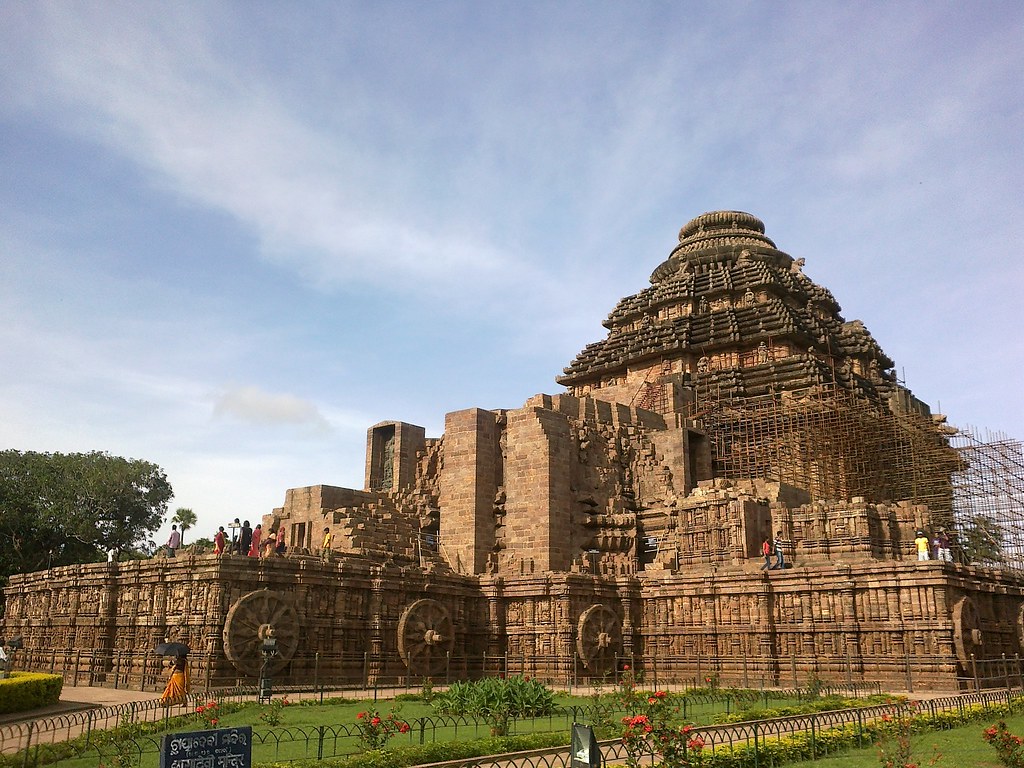 The Sun Temple was built in the 13th century by Narasimhadeva I. One of the very few sun temples in India, it was designed in the form of an exceptionally decorated chariot dragged by seven horses. It has 24 wheels each with a set of spokes and elaborated carvings.  Though unfortunately most of the temple is in ruins, it is really mesmerizing to see how each and every inch of this temple is so beautifully carved.

These centuries-old monuments are not only evidence of master craftsmanship and elegance of the past but are also a great inspiration to future generations.