Spotlight On: A Day in Hanoi, Vietnam

Hanoi, Vietnam’s capital, makes for a great day trip. The city is vibrant and culturally rich. It is successfully becoming an international destination and south-east Asian business and tourism hub, rivaling places like Bangkok and even Singapore. The people are friendly, the local Vietnamese food is yummy, and the sites to see are plenty.

Noteworthy facts: Hanoi was the capital of French Indochina from 1902 to 1954, and subsequently the capital of independent North Vietnam until the unification of North and South at the end of the Vietnam War, in 1976. In the last dozen or so years, Hanoi has undertaken massive modernization reforms to attract business and tourism, leading to recent strong economic growth. 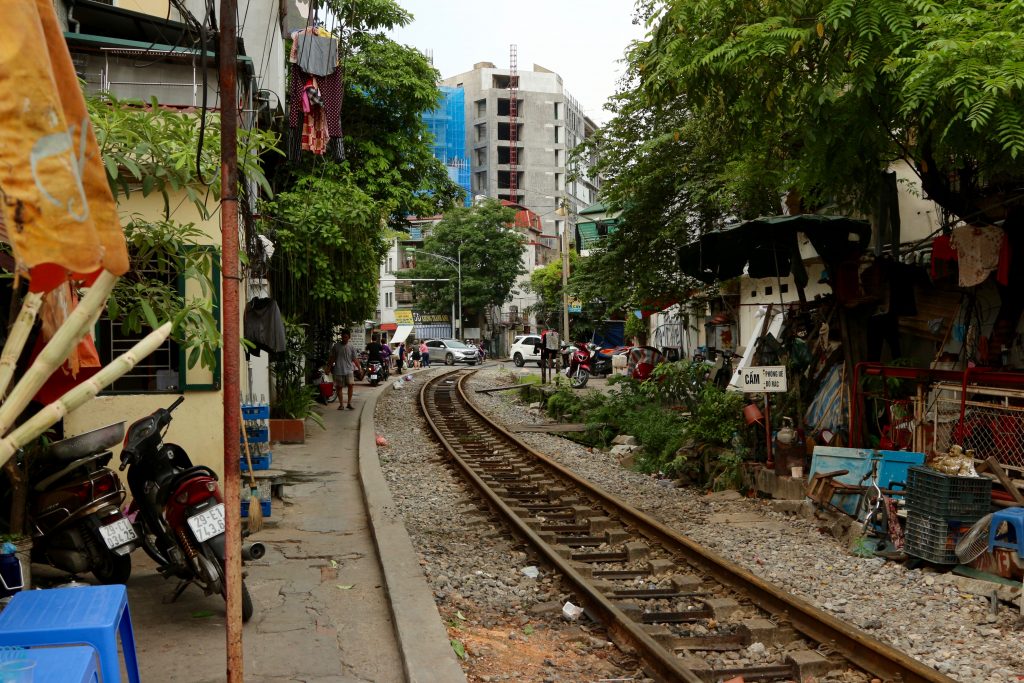 What to do in One Day in Hanoi

Hanoi, like many of its south-east Asian neighbors, can at first glance seem overwhelming to first-time visitors. Motorbikes clog the streets, the din of the city is ever-present, and the smells rising from all sides can be dizzying. Plus the old town is basically a labyrinth, and it’s easy to go round in circles. Trust me. Number one piece of advice: get a map at the airport or at your hotel.

Map in hand, you’ll find that everything to see and do is actually pretty central in this large metropolis. Here are the sights not to miss, in an efficient-walking-itinerary-circle order. (This, assuming you’re staying in the Old Quarter or arriving by airport bus, which drops you off in the city-center.) 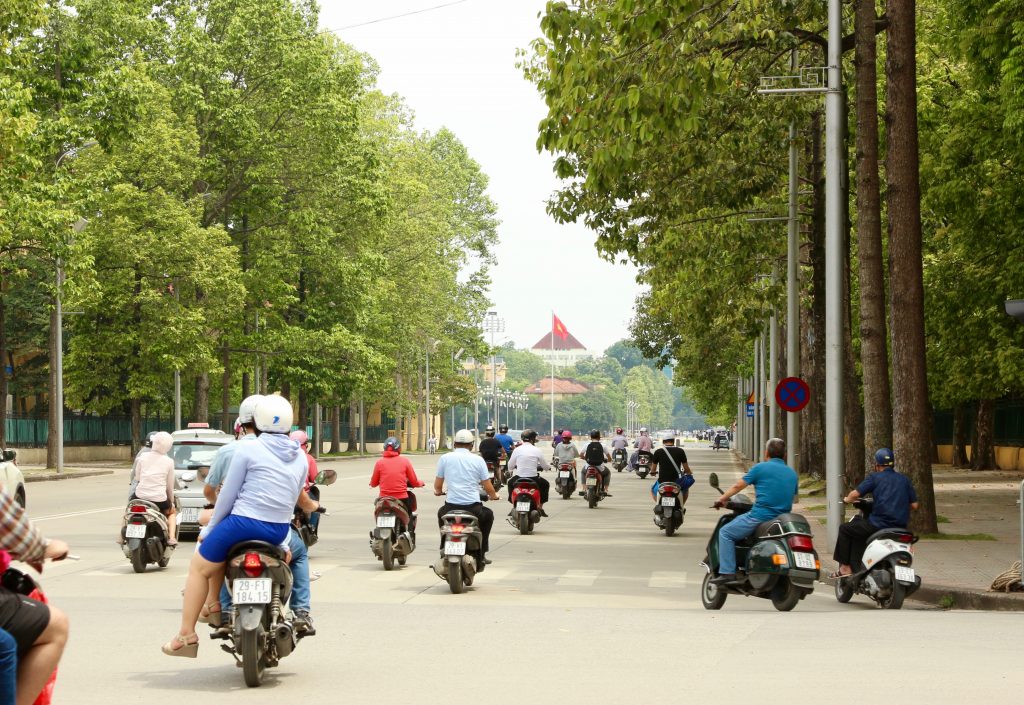 First, start at Saint Joseph’s Cathedral, built by the French in the 1880s, in the center of Hanoi’s bustling Old Quarter. This part of town can seem cramped and untidy, but take it slow, stop for some tasty street food here and there, and you’ll be sure to take in the heart and soul of the place. This is an ideal area to people watch from a street corner, or even from a young and artsy tea house catering to the modern urban youth.

From the Old Quarter, trek to Tran Quoc Pagoda (Trấn Quốc), sitting on a small, pedestrian-accessible island on West Lake (Hồ Tây). This charming collection of Buddhist shrines and central temple is almost a holy haven from the busy city streets. It’s the oldest Buddhist temple in Hanoi. 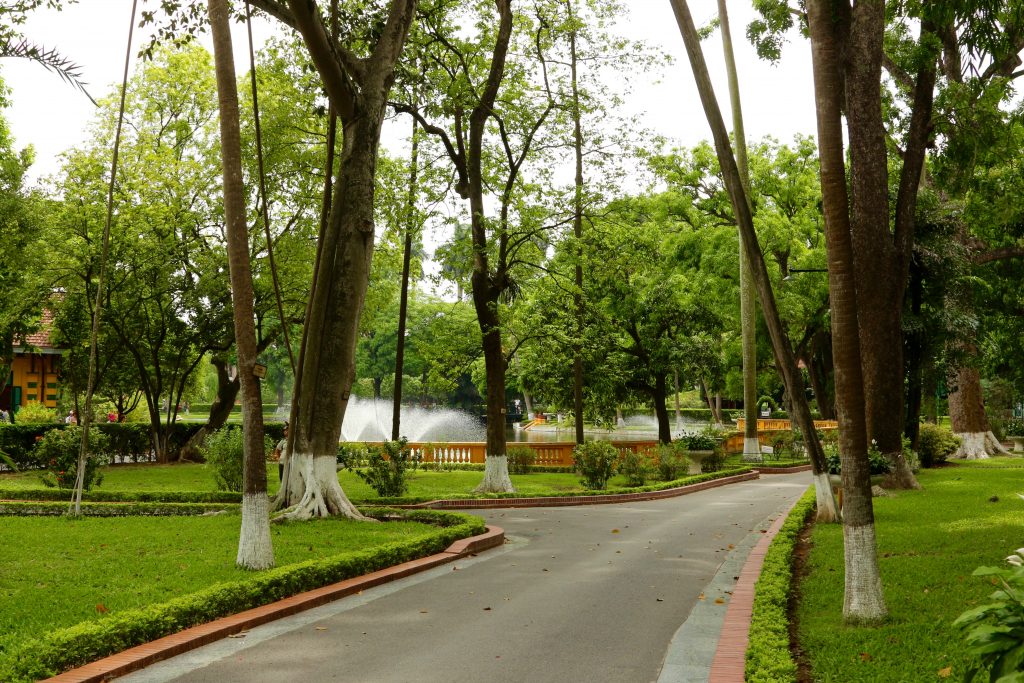 From the temple, cross the Hanoi Botanical Garden to the Presidential Palace historical site, showcasing Ho Chi Minh’s home from his Revolutionary days. Don’t miss his old cars, either. From the site, naturally walk up to Uncle Ho’s imposing mausoleum, where you can see the great man himself. (Open most mornings.)

Next is the Temple of Literature, Hanoi’s most beautiful and important historical site. As its name suggests, the temple is a shrine to Confucianism and to scholars more broadly. Vietnam’s first university was established within its high walls. Built in 1070, it is beautifully preserved after three major restorations in the last 70 years. Learn about the precise symbolic layout of the five courtyards, and the significance of various parts of the temple. This is a good place to buy souvenirs, too. 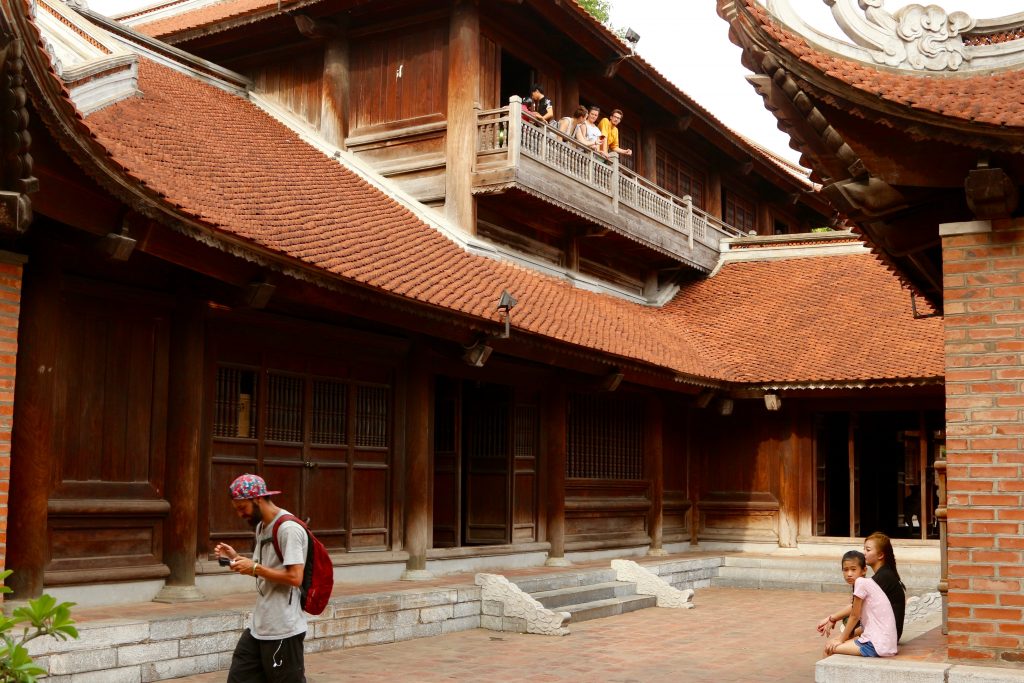 After the serenity of the Temple of Literature, head to a very different kind of site. The Hỏa Lò Prison is infamously known as the Hanoi Hilton, where American prisoners of war were imprisoned and tortured during the Vietnam War. Before that, it was a French prison, known as the Maison Centrale, where Vietnamese communist dissidents were incarcerated. Today, it’s a chilling museum open to the public.

Finally, make your way back to Hanoi’s Old Quarter, as the day draws to a close. Pop into small but lovely Ngoc Son Confucian Temple (closes at 6 p.m.). Finish the day with an evening performance of the world famous Thang Long Water Puppet Theatre. 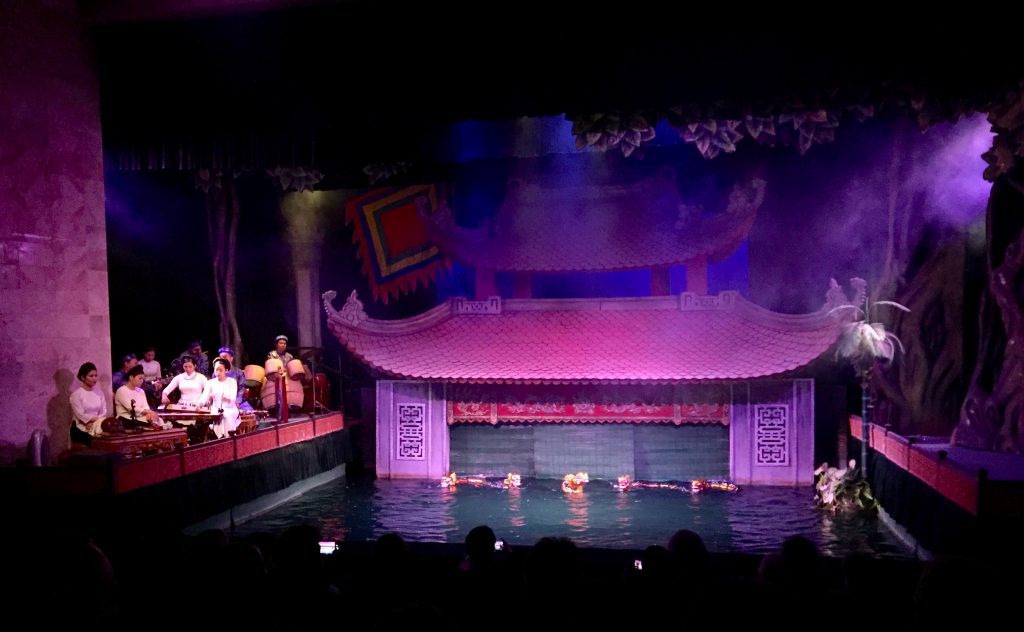 Many an international passenger arrives at Noi Bai International Airport (HAN), which serves many international connections (with many flights to hubs in Europe and the Gulf). From the airport, take bus number 86 to the city center. This is the cheapest (about $1.5, pay in local currency onboard) and most reliable way between the airport and downtown. The journey takes slightly less than an hour.

Should You Travel to Hanoi?

Hanoi is an ideal starting or ending point for any Vietnam—or even south-east Asia—adventure. Hanoi’s long list of attractions, cheap prices, lenient visa policy, welcoming people, and recent efforts to showcase its riches and attract newcomers makes it a great place to visit, even for just a day. Hence, any traveler will quickly find their footing here. And accommodations from hip hostels to international luxury hotel chains will be ready and eager to host you. Even Air BnB is by now well entrenched here.